The time has come to say hello and goodbye to another Presidential term. With what has been possibly one of the most interesting election years to date, people around the world are wondering what the future will hold after today.

While women have had the right to vote in the United States since 1920, there has never been a woman on the Presidential ballot in a major political party. According to a Pew Research Study conducted before the Republican and Democratic conventions there was a 16 point gender gap regarding those in support of Hillary Clinton. Furthermore, in the last 36 years women on average have been 8 percent more likely to vote for the Democratic candidate over men.

Dawn Iler, 30, holds citizenship in both the United States and Canada. After being illegally arrested at 17 during the Republican National Convention of 2004, and held in a New York City jail for three days, Iler claimed she lost a lot of faith in our government. However, she believes it is her duty as an American to get out and vote. “This is a historical moment no matter what way you want to look at it, 100 years ago women didn’t even have the right to vote and now we have one on the ballot,” Iler said.

This election year there are 16 women running for seats in Congress in New York state alone, 12 belonging to the Democratic party and four to the Republican. Zephyr Teachout has been a popular topic of conversation; especially after gaining backing from Sen. Bernie Sanders, making this election about much more than a potential female President.

Claire Crosby, has been a registered Democrat since she was first able to vote. That election year Geraldine Ferraro was on the ballot as the first female Vice Presidential candidate representing a major political party. “Geraldine lost by a landslide back then, and if you think about it there really hasn’t been that much time in between.” When asked what past generations of women in her family would think about this election, Crosby grinned from ear to ear. “They’d be so psyched.” Crosby described her grandmothers, who were both born at the turn of the century as “strong women in a civic sense,” that strongly believed in women’s rights and the importance for women to get out and vote. Crosby was happy to come out and vote for both Clinton and Teachout in this year’s election.

There is no doubt that this election has been one for the books. According to Victoria Stockard, a volunteer poll worker, morale is high and exciting at the polls today for all ages and backgrounds. “People either have something to vote for or against today.”

Mon Nov 14 , 2016
By Erica Aulogia Unenthusiastic students shuffled in and out of the SUNY New Paltz polling station the afternoon of Nov. 8 in SUB 209, in what appeared to be a halfhearted and anticlimactic affair. First-time voters seemed to be treating their civic duty of voting as a chore. People stood […] 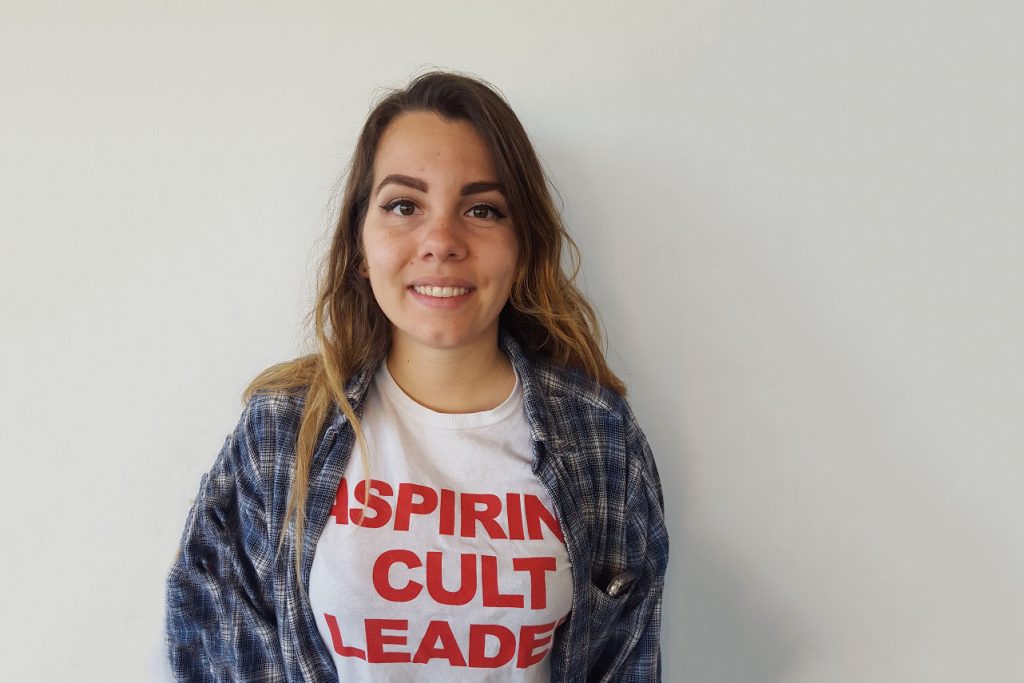