Thanks to early voting opening this week and an expanded eligibility for using absentee ballots, voting is well under way in New York.

For Election Day, Nov. 3, the U.S. Attorney’s Office for the Southern District of New York has created special hotlines for voters to report incidents of voter fraud and voting rights concerns.

Polls will be open from 6 a.m. to 9 p.m. that day and voter turnout is expected to be much higher than in recent elections.

In this heated political environment, the U.S. Attorneys Office wants to ensure that no New Yorker is being intimidated or misdirected at the polls on Tuesday.

Federal law protects against such crimes as intimidating or bribing voters, buying and selling votes, impersonating voters, altering vote tallies, stuffing ballot boxes, and marking ballots for voters against their wishes or without their input.

It also contains special protections for the rights of voters, and provides that they can vote free from acts that intimidate or harass them.

For example, actions of persons designed to interrupt or intimidate voters at polling places by questioning or challenging them, or by photographing or videotaping them, under the pretext that these are actions to uncover illegal voting, may violate federal voting rights law.

Further, federal law protects the right of voters to mark their own ballot or to be assisted by a person of their choice, in cases where voters need assistance because of disability or illiteracy.

“Every citizen must be able to vote without interference or discrimination and to have that vote counted without it being stolen because of fraud,” Acting U.S. Attorneys Audrey Strauss and Seth DuCharme said in a joint statement this week.

Under U.S. Code § 594, whoever intimidates, threatens, coerces, or attempts to intimidate anyone into interfering with someone’s right to vote, shall be fined or imprisoned for up to a year, or both.

The numbers below will be available for use to file a complaint on Election Day, November 3, 2020.

Additionally, the FBI will have special agents available in each field office throughout the country to receive allegations of election fraud and other election abuses on Election Day.  The local FBI field office can be reached by the public at (212) 384-1000.

“Ensuring free and fair elections depends in large part on the cooperation of the American electorate,” said Strauss and DuCharme. “It is imperative that those who have specific information about discrimination or election fraud make that information available to [our] office, the FBI, or the Civil Rights Division.”

For other inquiries regarding voting such as where to vote, how long the polls are open, or to register complaints that violate New York State Election Law, below are the numbers available pertaining to your county of residence.

The New York City Board of Elections

Boards of Elections for Counties Outside of New York City

Thu Nov 5 , 2020
Reposted with permission from The Legislative Gazette. With the COVID-19 pandemic and a very polarizing presidential election, many voters weren’t just worried about COVID-19, but also long lines. However, some voters across New York state saw very low wait times on Election Day 2020.  By 9:15 a.m. there were no […] 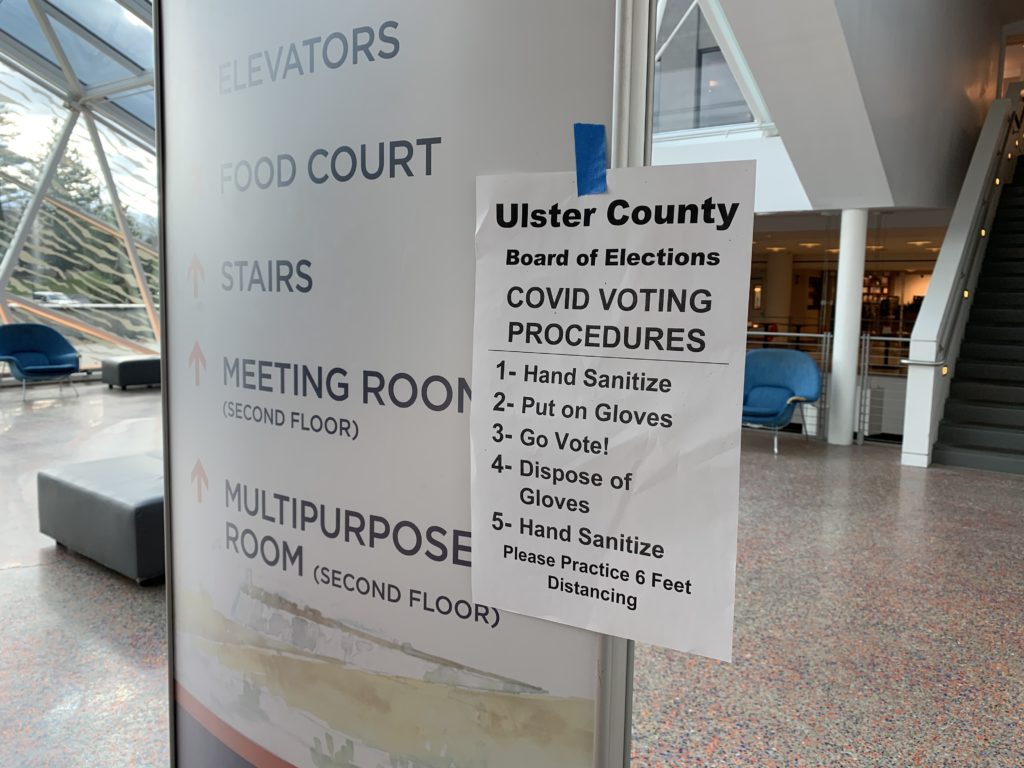