New York’s 18th Congressional District is a large one, encompassing parts of Orange, Dutchess, Putnam and Westchester counties. In terms of active voters, meaning registered voters who voted in the most recent election, 165,990 are registered Democrats and 135,370 are registered as Republican. There is also a significant third party presence with 22,920 active registered independent voters and 11,494 additional voters spread throughout the Conservative, Working Families, and Green parties.

Maloney has been the sitting congressman of the district since 2013 and has mostly focused on bringing jobs and money into the Hudson Valley, especially in terms of agriculture. He currently sits on the House Agriculture Committee as well as the Committee of Transportation and Infrastructure and the House Permanent Select Committee on Intelligence.

During his tenure in the House of Representatives, Maloney has authored 40 bills that have become laws, these bills focused mostly on farmers, veterans and small business owners. He has also been known for working with officials from different parties, notably voting against his own parties platform on a few occasions such as voting for the Economic Growth, Regulatory Relief, and Consumer Protection Act in 2018 and voting against a “Farm Bill’ in 2013.

Maloney’s current platform includes a lot of focus on local farming. Maloney sees farming as a key asset of the Hudson Valley and hopes to increase their economic support and security. There is also a major focus on fighting the opioid epidemic in New York State through improving addiction resources and legislation about overprescribing medications.

Chele Farley is the Republican challenger in the congressional race. Farley had a background of more than 25 years in the private sector of the financial industry and has run for New York public office before. In 2018, she challenged U.S. Senator Kristen Gillibrand on the Republican line and was also endorsed by the Conservative and Reform parties in that race.

Farley’s current campaign for the House is focused on trying to redirect New York’s taxpayer money back into the state. She wants to use these funds to invest in the region’s infrastructure, ease property taxes and to create jobs.

One of these projects she hopes to work on is the improvement and expansion of the Metro-North Railroad service. She wants to create a reliable and efficient system for commuters and residents to use throughout the state.

Scott Smith is the contender for the Libertarian and Serve America Movement Parties. He is a middle school teacher in Goshen and a former city councilman for Middletown, NY. He has run for this seat before in 2014.

One of the main issues that Smith is focusing on is small business recovery and increased unemployment benefits due to the COVID-19 crisis. He believes that putting money back into the community will accelerate relief efforts and bring the area back to it was before the pandemic.

Mon Nov 2 , 2020
Reposted with permission from The Legislative Gazette. Thanks to early voting opening this week and an expanded eligibility for using absentee ballots, voting is well under way in New York.  For Election Day, Nov. 3, the U.S. Attorney’s Office for the Southern District of New York has created special hotlines […] 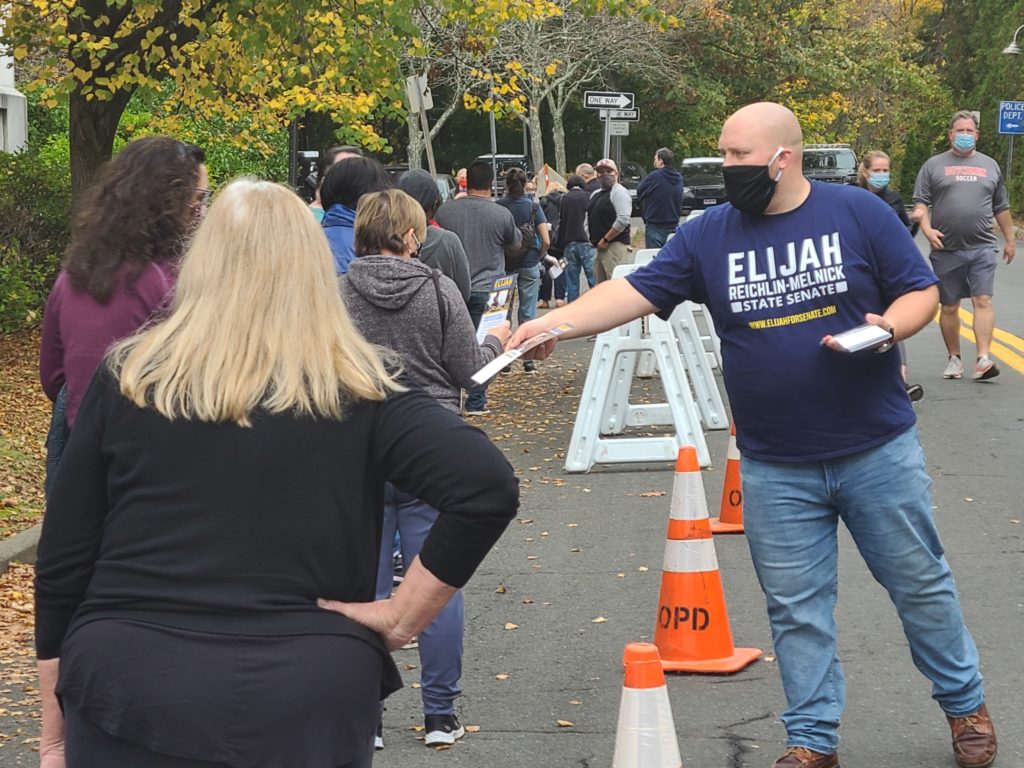