Following the lead of Facebook, the federal government and other states, Democrats in the New York Senate introduced a bill that would require sponsors of social media-based political ads in New York state to identify themselves.

The bill, S.6896, comes as questions continue to linger over the impact that foreign ads had on the 2016 presidential election. Last month, Facebook disclosed to federal investigators that it sold $100,000 worth of advertising to a buyer connected with the Russian government in an attempt to influence the election.

Facebook has recently committed to stricter and more thorough reviews of political ads, requirements that the purchasers of ads be identified and a more general effort to prevent “fake news.” In a video address in September, Mark Zuckerberg promised to “make it much harder” for foreign actors to interfere in the electoral process.

Live discussing Russian election interference and our next steps to protect the integrity of the democratic process.

But Senate Democrats want legislation for New York that would ensure online political ads are published transparently and hold the author accountable for the content.

“False, misleading and anonymous advertisements mislead voters and harm our democracy — and it must end immediately,” said Senator Todd Kaminsky, a former federal prosecutor who wrote the bill after he was slandered by an anonymous source during his most recent Senate campaign.

Not another political ad should run on social media without voters knowing exactly who paid for it.” – Senator Kaminsky

During his Senate campaign in 2016, “a continuous stream of anonymous, extremely misleading and downright false ads” attacking his credibility ran on Facebook, Kaminsky told Facebook CEO Mark Zuckerberg in a letter dated Oct. 3.

“Some of these ads asserted I had the opposite position on important issues than actually I do. Some claimed that I had done things which I have not.”

In New York, Facebook-sponsored ads by fake have targeted voters to mislead them with attack-style campaigns, including against Kaminsky himself.

One organization calling itself “NYS Public Schools” made inaccurate claims about school budgets in Long Beach in Kaminsky’s district. While the Long Beach school district was experiencing a $2 million increase in budget funds, the ad claimed the exact opposite, Kaminsky said.

“This ad would make a regular user of the Internet think that it’s coming from the New York state public schools or from some established group with credibility when no such group exists,” Kaminsky said.

Kaminsky’s bill, which is currently in the Senate Rules Committee, would extend political campaign laws to include digital platforms like Facebook and other social media.

Under the new regulations, political affiliates would no longer be permitted to use anonymous attacks. All related materials would include a “paid for by” identifier, under the proposed law.

Failure to identify contributing participants would result in a penalty of up to $1,000 per violation.

“Our citizens on Long Island and across our state have been bombarded by false, anonymous ads, ads that distort the truth, and that are the worst of our politics, and that are certainly not what a healthy democracy is based upon,” Kaminsky said. “They have plagued elections that I’ve run, and many others as well.”

“Senator Kaminsky’s legislation will help combat slanderous ads by making digital ads come under the same regulations as broadcast and print media,” Stewart-Cousins said. “In this era of fake news and malicious campaign attacks, protecting the integrity of our campaign process really matters.”

Combating the Threat of An Active Shooter

Mon Dec 11 , 2017
Edited and packaged by John Camera and Maria Enea The basement room in Deyo Hall was filling up with students. Most came with friends. A few walked in alone. The talk was of weekend parties and a challenging chemistry test. At 8:30 p.m., Lt. John Ritayik walked into the room. […] 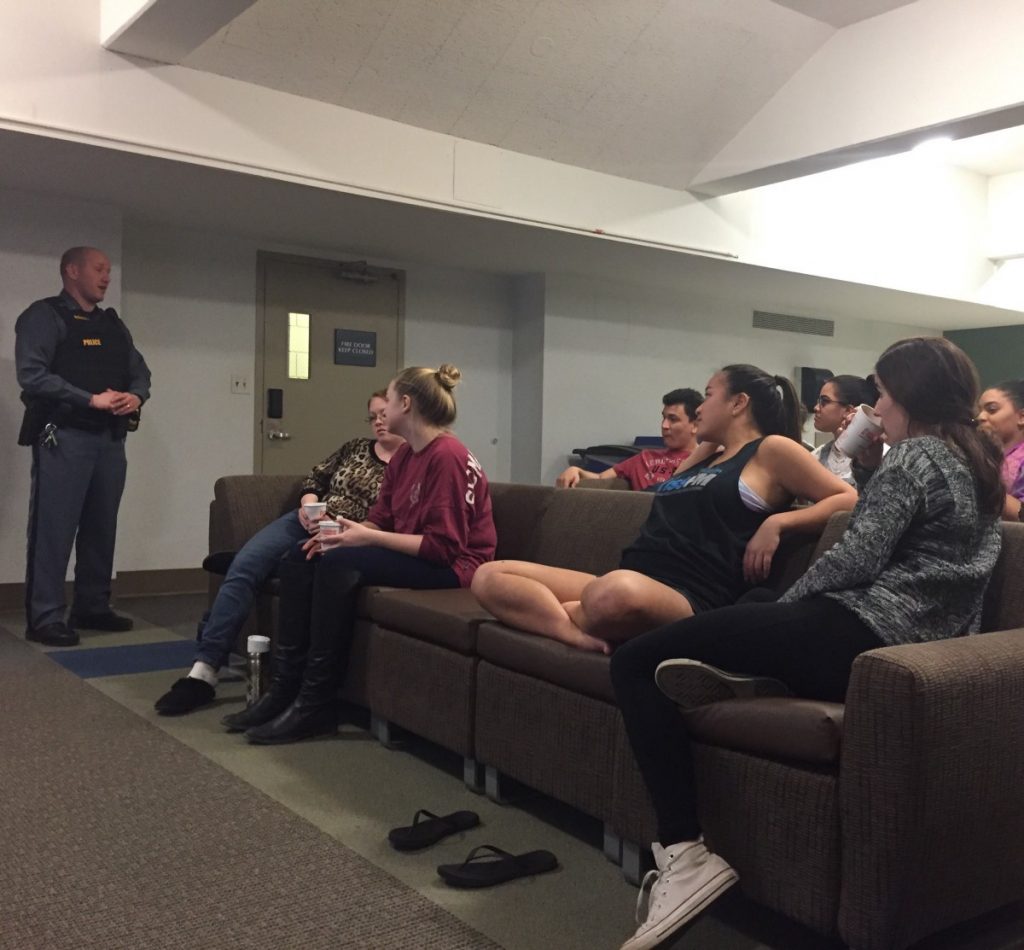