DECEMBER 1, 2010–Despite the recent findings of Army General Carter Ham and Pentagon General Counsel Jeh Johnson’s study on “Don’t ask, don’t tell,” a repeal of the policy this year is doubtful.

An eventual repeal, however, appears on the horizon.

After the Tuesday, Nov. 30 release of the nine-month study on what the effects of a repeal would be on the United State’s military, the main roadblock seems to be time.

President Obama, along with many Democrats in the Senate applauded the study, and in an interview on MSNBC Wednesday, Dec. 1, Conn. Senator Joe Lieberman said he is certain that several Republicans are willing to break with their party line to vote for a repeal.

“I’m convinced we have more than the necessary 60 votes,” Lieberman said in the interview.

In a statement the day the study was released, President Obama said, “Today’s report confirms that a strong majority of our military men and women and their families—more than two-thirds are prepared to serve alongside Americans who are openly gay and lesbian. This report also confirms that, by every measure – from unit cohesion to recruitment and retention to family readiness – we can transition to a new policy in a responsible manner that ensures our military strength and national security.”

What complicates matters is a vow from all 42 Republican Senators to block any legislation not related to tax cuts and government spending until those matters are resolved.

The House of Representatives passed its version of a repeal this summer.

On Friday, Dec. 3, the Senate Armed Services Committee will hear testimony from the chiefs of the Army, Navy and Air Force and the commandants of the Marines and the Coast Guard. Throughout the process of the study the service chiefs remained stagnant in their reluctance to a repeal.

Still, Democrats are pushing for the Legislation to go through before the year is up. Getting it passed will be even more difficult next year when the new Congress assembles because Republicans will have gained six Senate seats and will control the House.

Thu Dec 2 , 2010
The temptation to write my blog about Harry Potter and the Deathly Hallows part 1 is more than I can stand. I saw it twice in its opening weekend (including an IMAX showing), and loved it both times. It was my favorite book in the series, and has quickly become […] 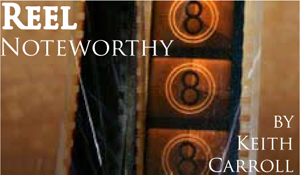