The Town of New Paltz Planning Board is hosting public hearings to discuss the Park Point project, a proposed residential development on the SUNY New Paltz campus. The next hearing is Monday, Nov. 19 at 7 p.m. at New Paltz Town Hall

The project, which is currently in development with private company Wilmorite, will provide housing for 700 students and approximately 30 faculty and staff members, according to SUNY New Paltz officials. The project would be built on 50 acres of  SUNY Foundation owned land located near the south entrance of campus and is adjacent to the University Police Department.

SUNY New Paltz President Donald Christian said the administration wants to be able to provide more housing for students. While adding at least 700 rooms for undergraduate students, Christian said the school will not be adding the number of students accepted to the school. The project would particularly benefit transfer students, who have not been able to live on campus since 2007.

“Every year we have prospective transfer students leave in tears when we tell them we can’t offer them campus housing,” Christian said. “Half of our student population [are] transfer students who mainly come from the Hudson Valley area and we want to be able to support them as best we can.”

The college is currently able to provide housing for 50 percent of the student body. The addition of Park Point would allow the campus to increase this number by 10 percent and would also help the school become more competitive among other SUNY schools, according to University officials.

“Against our biggest competitors for student enrollment, we are the only campus that does not provide apartment-style housing,” Christian said.

While Park Point proponents said the project will be sustainable and adhere to environmental standards, other forum attendees expressed concerns over excess, expenses and environmental responsibility.

“There is no doubt that we need student housing,” Student Sen. Roberto LoBianco said. “However, if this is going to be done it has to be done properly. I’m concerned about how much luxury this project includes and whether or not this will create a gap between high-income students and low-income students.”

Ground water contamination was another concern. Students with concerns over the environment cited that the Draft Environmental Impact Statement Wilmorite release said the levels of arsenic in the area are over the federal level. Students also said they were worried about the use of pesticides that had been sprayed in that vicinity.

“With the amount of pesticides that have been sprayed there in the past, I’m concerned that the water at Park Point would not be suitable for consumption or use,” second-year Rebecca Berlin said.

To ease student concerns, Christian mentioned the arsenic levels in his power point presentation to the student senate. According to tests that were conducted in the area in 2008, the arsenic levels at the location where Park Point would be constructed are rated as “minimal.”

Brian Obach, associate professor of sociology and former chair of the Environmental Task Force said while Wilmorite is a private company, it will adhere to environmental standards.

“They [Wilmorite] do not have to adhere to the LEED standards other buildings on campus have to adhere to when being built or renovated,” Obach said. “However, they have committed to Green-building standards, and Park Point is a good environmental investment.”

The Planning Board will host another public forum concerning Park Point on Monday, Nov. 19 at New Paltz Town Hall. The Board will allow for written-in comments to be submitted any day before the meeting takes place. Attendees who sign up the day of the forum will be allowed to speak and offer their opinions as well.

Video of the Week: Construction on Campus

Sun Nov 18 , 2012
The continuing construction on campus has become a daily reality for students, but how inconvenient has it become? Find out what your fellow students think in this week’s video. Construction on Campus from J1 videos on Vimeo. 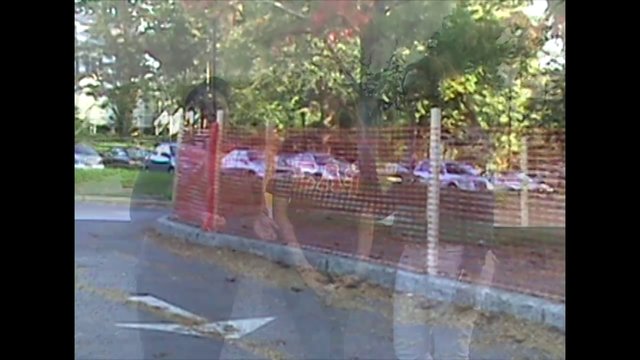