Every journalism major remembers their first journalism class. I certainly remembered mine. Waiting for class to begin, I remembered watching my professor walk in. He was casually dressed in jeans and a polo shirt. He was balding but he made up for it with his salt and pepper colored mustache. Little did I know, this journalism professor was more than a face in the classroom.

Robert Miraldi walked through the Communications and Media Department’s halls and taught his Journalism I class one last time this week. The 63-year-old journalism professor at SUNY New Paltz is retiring this month, leaving behind 33 years of teaching.

“I love being in front of the crowd. Give me a microphone and I’m as happy as a pig in a poke,” he said. “Class has always been theater to me and it gives me a chance to perform with a purpose.” Miraldi said his purpose in the classroom is to educate his students about journalism and why it’s needed in society. Journalism is the basis for democracy, he said. But, Miraldi’s performances in the classroom have also been memorable.

Jumping on tables, riling up students and setting flags on fire are just a few moments of pure teaching for Miraldi. He used these moments to emphasize freedom of speech. Roberta Josephson, 61, said she truly valued those little moments with Miraldi. It is the reason why she now has a “nose for news.”

Josephson, who now writes books on local history in the Hudson Valley, attended New Paltz in 1983 when the program was a mere concentration within the English Department. He led the efforts to create an independent journalism program and became one of its biggest champions.

When Miraldi started teaching, he said he wanted to build something on campus. “Journalism was four classes stuck in the English Department and I grew it into 20 classes in its own department.”

The journalism program soon was integrated into the Communications and Media Department, where he worked together with Lynn Spangler, associate dean of the college of liberal arts and sciences.

Spangler said she sees Miraldi as “an innovator; someone who had really good ideas.” He is someone “who sees outside the box, who sees opportunities, and who made some great connections with students.”

Among Miraldi’s innovating schemes, the professor became organizer behind the James H. Ottaway Sr. Endowed Professorship, a program that provides students at SUNY New Paltz with skills to implement in their reporting and writing. Classes are taught by award-winning journalists at the top of their field.

Miraldi, being the first organizer, reached out to journalists to teach students. “He got us some amazing people,” Spangler said. “He got people who were not only Pulitzer winners, but also real people.”

Lisa Phillips, associate professor of journalism, is now the organizer behind the Ottaway Professorship, but said that Miraldi has been her mentor and friend since she was hired 10 years ago. “I think what I love about Rob is that he knows a lot about journalism and keeps his teaching fresh,” she said.

A common theme about Miraldi is that he’s supportive of not only his students, but also his colleagues. Phillips said he’s a person who wants to see everyone succeed and praises them for their hard work.

“He’s really supportive of me,” she said. “He’s really engaged in everything I’m doing with the Ottaway Professorship. He wants me to succeed and he wants to succeed.”

Howard Good, professor of journalism and long-time friend of Miraldi, said that he’s going to miss his friend and their brisk conversations in the hallway. He said that the two of them have been the yin and yang of journalism.

“I tend to be more critical of the press,” he said. “I think Rob sees more positives and promises of the press.”

We’ve always had not just an affection for each other, but utmost respect for each other,” he said. “He’s always been available to provide guidance and support” for current students and graduates. “The relationship doesn’t have to end when the college years end.”

This certainly is the case for former student, Nina Schutzman, now a reporter for the Poughkeepsie Journal. She said she loved having Miraldi as a professor and benefitted from his classes. She said he has helped her become objective in her reporting. His classes are also timeless.

She said, “The stuff that he teaches have stood the test of time.”

Thu May 16 , 2013
A typical Sunday evening was unfolding. His friends had just returned to his college apartment, where they went to work breaking up the 30mg pill on the kitchen table. Some chose to eat their portion while others pinched one of their nostrils shut, leaned forward, and inhaled. In no time […] 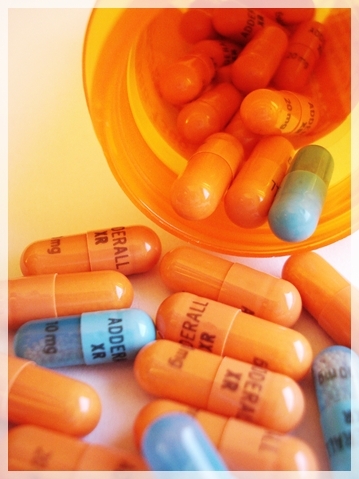