Brooklyn Assemblyman Steven Cymbrowitz says the state is “ill-equipped” to properly address the opiate addiction crisis in New York. This legislative session, Cymbrowitz, chair of the Assembly Committee on Alcoholism and Drug Abuse, is asking for increased funding to the Office of Alcoholism and Substance Abuse Services and is looking to pass two bills that would help opiate addicts treat their addiction.

In an attempt to allow local governments to better serve the needs of opiate addicts, Cymbrowitz has introduced legislation (A.8591) that, if passed into law, would establish the Community Chemical Dependency Services Expansion Program. The program would provide funding for local governments to take advantage of new and expanded chemical dependency services. The same-as bill in the Senate (S.2558–a) is sponsored by another Brooklyn legislator, Republican Sen. Martin Golden.

“Without treatment readily available, the public health costs will be severe for New York state – and the human toll even more so,” Cymbrowitz said.

In addition, the Assembly Democrat is co–sponsoring a bill (A.8637) to increase the availability of Naloxone, a drug commonly used to counter the effects of an opiate-induced overdose on the central nervous system and respiratory system, according to Cymbrowitz. The same-as bill in the Senate (S.6477) is sponsored by Kemp Hannon, R-Garden City, chair of the Health Committee.

In 2005, New York state authorized non–medical persons to administer Naloxone to an individual in order to prevent an opioid or heroin overdose from turning fatal. Cymbrowitz says parents and family members of addicts are being turned away from Naloxone training programs or are attending the programs and not receiving the drug due to a shortage of prescribers.

“Under this legislation, one prescriber would be able to issue a non–patient specific order to numerous programs, allowing for increased access,” Cymbrowitz said. “This legislation will give the person who is likely to discover an overdose victim the ability to save their life, a life that could otherwise be lost if the victim has to wait for the EMT to arrive.”

John Coppola, executive director of the New York State Association of Alcoholism and Substance Abuse Providers, said during a recent budget hearing that deaths related to prescription painkiller overdoses increased 233 percent between 2000 and 2012 in the state. During that same time period, heroin–related overdoses jumped 84 percent in New York City, according to a New York City Department of Mental Hygiene report.

(*Republished with permission from The Legislative Gazette, by Matthew McKibbin)

Thu Mar 6 , 2014
On the outskirts of the SUNY New Paltz campus lies a haggard loading dock and a narrow staircase leading up to an entrance that reads “Food Preparation Center.” Inside, a barren hallway is filled with huge metal doors side by side labeled “frozen food meats,” and “frozen food fruits […] 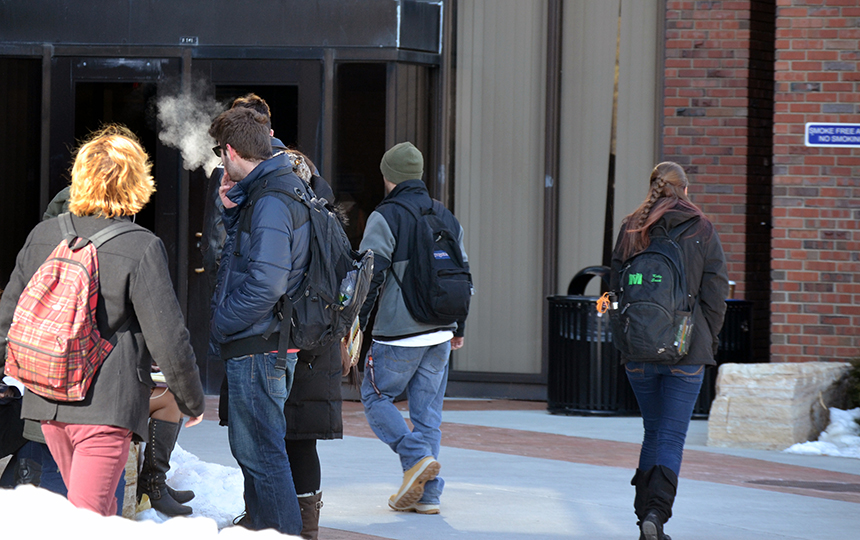