As 9 p.m. rolled around and polls closed throughout New York, Ulster County Democrats anxiously awaited the results of the midterm elections. Nervous excitement quickly turned to enthusiastic cheers when unofficial results were projected onto a large screen at the Holiday Inn in Kingston.

“These results are indicative of the support the public has given us for the work we’ve done over the past 23 months,” said Auerbach at the Democrats celebration party.

Auerbach defeated Fawn Tantillo (R-New Paltz), receiving 28,385 votes to Tantillo’s 23,557, and Sgt. George Goodwin (R-Saugerties), who has worked in the sheriff’s office since 1992, was defeated by his boss Van Blarcum in a landslide. Goodwin only received 13,877 votes compared to the 37,272 votes collected by Blarcum.

Auerbach, the self-proclaimed “People’s Watchdog,” was elected Ulster County’s first comptroller in 2008. Throughout the last two years, Auerbach said, he helped transform the Auditing Department, which simply approved bill payments without verification into an independent office with three main responsibilities: To review and pay claims, to audit county departments and agencies and to conduct research and analysis geared toward making county government more efficient.

Auerbach said that his work over the last two years is the main factor in his re-election. He said he helped expose the county’s waste and fraud with a non-partisan approach. Looking ahead to his next term, Auerbach said his top priorities are to examine the county’s Resource Recovery Act that has $32 million invested in it and the $100 million invested in social services.

Before Auerbach became Ulster County’s chief financial officer, he served three terms as the Mayor of Ellenville, beginning in 1989, and the Executive Director of the Rural Economic Area Partnership during the Clinton Administration. Most recently, Auerbach worked as Ellenville’s village manager and chief operating officer from 2002 until his election as comptroller.

Auerbach’s next term will be extended to three years. Blarcum, with 30 years of experience under his belt, was elected to a second term as the top cop in Ulster County. First elected in 2006, Blarcum has fought diligently to end gang and drug related crimes within the area. In March 2007, he started URGENT- the first county wide drug and gang task force. The task force consists of 18 members from Kingston and neighboring towns. Since its inception, URGENT has made 2,100 arrests, 1,300 of which are felonies.

Blarcum has been dedicated to preventing crimes against children, allotting personnel to an Internet Crimes Against Children Unit. He also helped draft a Public Nuisance Abatement Law in the city of Kingston to stiffen penalties and improve code enforcement with respect to absentee landlords in Jan. 2008.

The position of sheriff serves a four year term with an annual salary of $101,317.

Another Victory for Cahill

Wed Oct 20 , 2010
Assemblyman Kevin A. Cahill, D-Kingston, was elected for a seventh consecutive term after he defeated Republican opponent Peter Rooney of Highland in the election for New York’s 101st Assembly District. Results from Ulster and Dutchess counties show the Democratic incumbent, Cahill, won 21,583 to 17,104 over Rooney, claiming nearly 56 […] 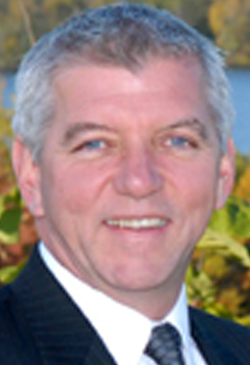