The weather-worn guardrail with the graffiti, “I will love to the end BMS + KLS 12-21-09” is the only barrier between you and the freefall on the overlook on Route 44/55, outside of New Paltz.  Brushes of white cover the land that once was filled with the oranges, yellows and
reds of fall.  A subtle wisp of fog hangs over the mountains. People pass by the spot on their way to Mohonk Mountain and beyond.

From the graveled semi-circle pull off, you can see the tip of SUNY New Paltz’s Jacobson Faculty Tower to the far left. Small houses are scattered among the hibernating trees of winter.  Snow sticks to the colder parts of the ground where the sun doesn’t shine. In the far distance are the Catskill Mountains. Many students from SUNY New Paltz take time out of their day for this ten-minute drive to the overlook. Sabrina Sirota, a third-year student, frequently drives there to clear her head.

“When I’m there a feeling of relief just passes through my body and I am finally able to relax,” Sirota said.

Samantha Monaco, a sophomore at Mount St. Mary’s College is a frequent visitor.  Every time she visits New Paltz, she makes an effort to drive to the overlook.

“I love taking new people to the overlook,” said Monaco.

“When you try and tell people about the spot or show them pictures it doesn’t even come close to how you feel when you actually see it for yourself.”

Some people come to relax and others to hang out with their friends.  Ann Hellegers, third year student at SUNY New Paltz likes to drive there for more social reasons.

“It’s nice to hang out with friends while taking in the beautiful scenery,” Hellegers said.

On a recent Monday afternoon, a young man and woman are the only ones at the overlook.  The couple stands outside their car jumping up and down and dancing around to warm up their bodies.  They touch one another playfully and laugh.  They don’t stay long. Five signs read “30 minute parking”.

When dusk arrives, the ridged cliff to the right, topped with a white blanket of snow, blocks the setting sun.  The rest of the sky remains blue until  darkness takes over. The only sounds heard are the soft whoosh of the cars as they pass by. The wind weaves in and out, a soft lullaby to put your mind at rest. “It has an awesome view and not many people go there which makes it special,” Monaco said.

She likes the winter season most since it’s the quietest time of the year. After spending time in her stuffy dorms with the constant company of her roommate, she looks forward to driving to the overlook.

Thu Mar 31 , 2011
Looking back, there have been countless people and events which fueled my interest in politics. Among them are the engrossing train wreck that was the 2008 primary between Hillary Clinton and Barack Obama and, perhaps first and foremost, my utter bewilderment over how George W. Bush prevailed on election night […] 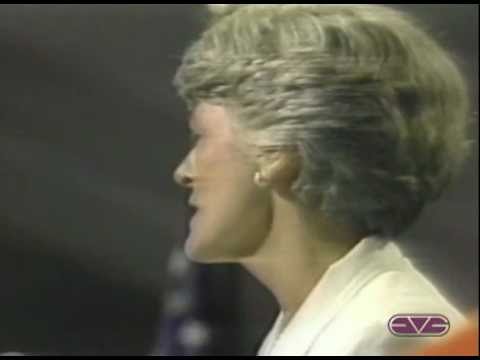