Two members of the Secular Student Alliance found President Danielle Kingsbury cleaning out her car to make room for the rest of the members. A three hour drive from New Paltz to Binghamton was going to be daunting and as president, Danielle wanted it to be a pleasant trip. They’d only been an official club for a few weeks but were already over budget, forcing members to open up their own wallets to fund the trip.

The Secular Student Alliance at New Paltz is only one branch of a larger Secular Student Alliance in whole. As the name suggests, it’s dedicated to supporting the community of atheists, agnostics, and other freethinkers on campus and in New Paltz, as well as the separation of church and state in the United States of America. The topics that rise are predominantly humanistic and rationalistic, with a heavy focus on science and skepticism.

With only 19 members on its related Facebook page, and on average only five members attending each meeting, it is tiny compared to the multiple religious clubs on the SUNY New Paltz campus. Despite a small membership, it had a response from at least one member of the giants within the first week of putting up flyers to advertise. “Is there a point of people who believe in nothing, gathering?”

The words were posted in reply to a flyer, and it didn’t take the SSA to come up with an answer:

“Yes, because we believe in ideas that transcend religion such as love, respect, science, reason, the separation of church and state and good will towards others. Come to our next meeting to see for yourself!”

Unfortunately, the suggestion was ignored. But the question was still a valid one, and easily answered. If there is anything the SSA didn’t lack on their three-hour car ride, it was things to talk about. Nearly every topic was on debate: from culture, to sports, to fashion, to books and news. The most enthusiastic stories by far, however, were tales of their own personal beliefs and how they came to be. For a group of people that allegedly believed in nothing, all of them had vivid stories of their own worldviews, no two alike.

Finally, when they reached Binghamton and pulled into a university parking space, their throats were sore and they were ready for the main event. They had traveled all this way for a debate, on the illustrious topic, ‘DOES GOD EXIST? A Great Debate,” printed in thirty point serif font on their flyers. They had been invited to attend by the SSA in Binghamton, but their arrival was without fanfare or even notice. Their seats were in the back of the lecture hall, inconspicuous as the two participants offered opening statements.

On the side arguing for the existence of God was Jay Lucas, a christian apologist and the director of the Isaac Backus Project, a ministry dedicated to encouraging Christians to defend the Bible. The other viewpoint was Matt Dillahunty, the president of the Atheist Community of Austin in Texas and the host of a live internet show ‘Non-Prophets Radio.” The arguments on either side were persuasive. Lucas argued that because humans shared some common morality, God must exist. Dillahunty did not agree, and maintained that there was no reason to assume that God exists as a default position when there was no tangible proof of it in the first place. Both points were convincing and fierce, and seemed to promise a lively debate.

The entire audience, theist and non-theist, groaned when Lucas invoked torture in Soviet Russia as proof of his standpoint on how morality must belong to God. The members of the New Paltz SSA looked at each other, trying to comprehend what Lucas had said. The best they could approximate was that because of the supposed lack of God in Soviet Russia, there was torture… but it had nothing to do with the physical existence vs. non-existence of God. Scratching their heads, they heard Lucas suggest that perhaps ‘some people in the audience’ would return to torture and injustice because of their lack of belief. They stared in horror as Lucas broke the rules of the debate to loudly speak over his opponent during question-and-answer. They had driven three hours to be insulted, expecting a clean, interesting debate.

When Dillahunty stepped up to the podium, his response explained everything.

“Atheism isn’t a set of beliefs. It’s one conclusion, on one issue. Unlike religion, atheism isn’t united by a common dogma, but just by agreement that there is no supernatural. Whatever else that atheists bring to the plate is separate, whether it be Soviet Russia or rational humanism.”

Danielle and her SSA filed out after the debate, chattering on the topic: disappointed that Lucas wasn’t as professional as he could have been, analytical of the points presented, amused at the highlights and concluding that because Dillahunty had provided explanation and evidence on the debate topic and Lucas had avoided the question, that Dillahunty had won. Their president was not so optimistic.

“To the Christians in the audience, Lucas won,” Kingsbury said tiredly. “It doesn’t matter what his points were. To them, he won because he had more faith.”

Faced with three more hours in the car, the SSA still hadn’t run out of things to talk about, and Dillahunty’s point rang in their heads. They didn’t believe in nothing, nor did they have nothing to talk about. Rather, they believed in everything. Or at least everything except the supernatural.

To learn more about the Secular Student Alliance at SUNY New Paltz, visit their website or check them out on Facebook.

Thu May 3 , 2012
Sam Lachow is seen outside spending time with friends. It is the weekend before the Wale concert, and he has one rehearsal to prepare. While some may find opening before a well-known rapper to be intimidating, Lachow is excited for this once in a lifetime opportunity. “When I found out […] 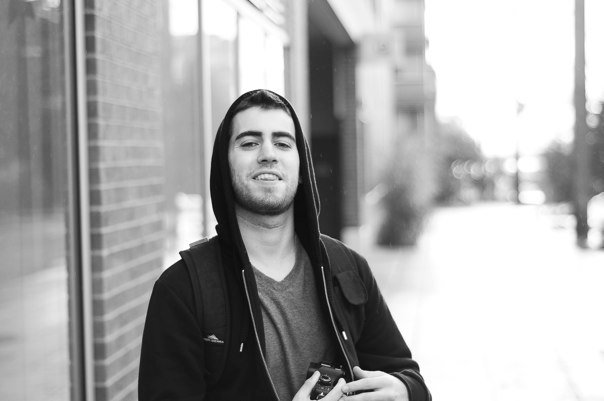