Elan Abreu, a third-year psychology major, with a concentration in biology, and evolutionary studies minor, will be attending the 2012 North Eastern Evolutionary Psychology Society conference to present her research on Impulse Control Disorders. Abreu will construct a poster displaying her research in order for people to view and ask questions. Abreu will also be published in EvoS Journal:  The Journal of the Evolutionary Studies Consortium. Abreu completed her associate degree in science and digital studies at SUNY Ulster. When she transferred to SUNY New Paltz in 2010 she became interested in evolutionary studies.

In Abreu’s paper, entitled “An Environmental Context for the Evolution of Impulse Control Disorders” she explores an evolutionary origin of the two personality traits important to ICDs development, and the development of mental pathways which leave the regions of the brain prone to malfunction.

ICDs can be managed with treatment, but because there is a wide range of symptoms it is not possible to come up with a cure said Abreu. According to her paper, “The Evolution of the Complex Vertebrate Brain is still not Well Understood.”

According to Abreu some of the most recognized ICDs are gambling, sex addiction, and kleptomania. Another ICD,  Intermittent explosive disorder,  triggered by specific violent or aggressive behavior that may involve harm to others or destruction of property, is typically found in males, the researcher said.

Some symptoms of ICDs are seen in an individual’s personality characteristics such as erratic emotions and difficulty in keeping relationships . Other symptoms can be physically seen such as nail biting and hair pulling.

Abreu originally wrote the paper for an evolutionary studies summer seminar taught by professor Alice Andrews. After reading it, Andrews recommended Abreu get it published.

Glenn Geher, professor of psychology at SUNY New Paltz  reviewed Abreu’s paper for publication since she has no research adviser. Geher published many of his own works and co-authored others.

“This level of productivity and success is unusual for a student at her stage,” said Geher. “This speaks strongly of the huge success in science, writing, education, or elsewhere, that she will find in all facets of her life as she develops. I truly believe this.”

Geher created the EvoS journal with a grant from the National Science Foundation. This journal partly publishes high quality undergraduate students’ papers that are related to evolution.

Abreu says her personal private connection with ICDs motivated her to do more investigation on the subject and its treatments. “I’d like to inspire others to look into the issue more,” said Abreu. “I’d also like them to ask questions on how evolutionary biology could treat them.”

The North Eastern Evolutionary Psychology Society, NEEPS for short, is the first regional sister organization of the Human Behavior and Evolutionary Society(HBES). HBES was founded in 1988 at the University of Michigan, to promote the exchange of ideas and research findings using evolutionary theory, and studies of animal behavior to better understand human nature.

The sixth annual meeting will be held April 27 through April 29 and hosted by Plymouth State University in Plymouth, N.H.

Thu Mar 29 , 2012
The New Paltz Slam Team hosted the third annual Wade-Lewis Poetry Slam Invitational from March 2 until March 4. The event featured competition and workshops in rap and spoken word. The event featured two nights of poetry by performers from different schools, and the third night consisted of performances by […] 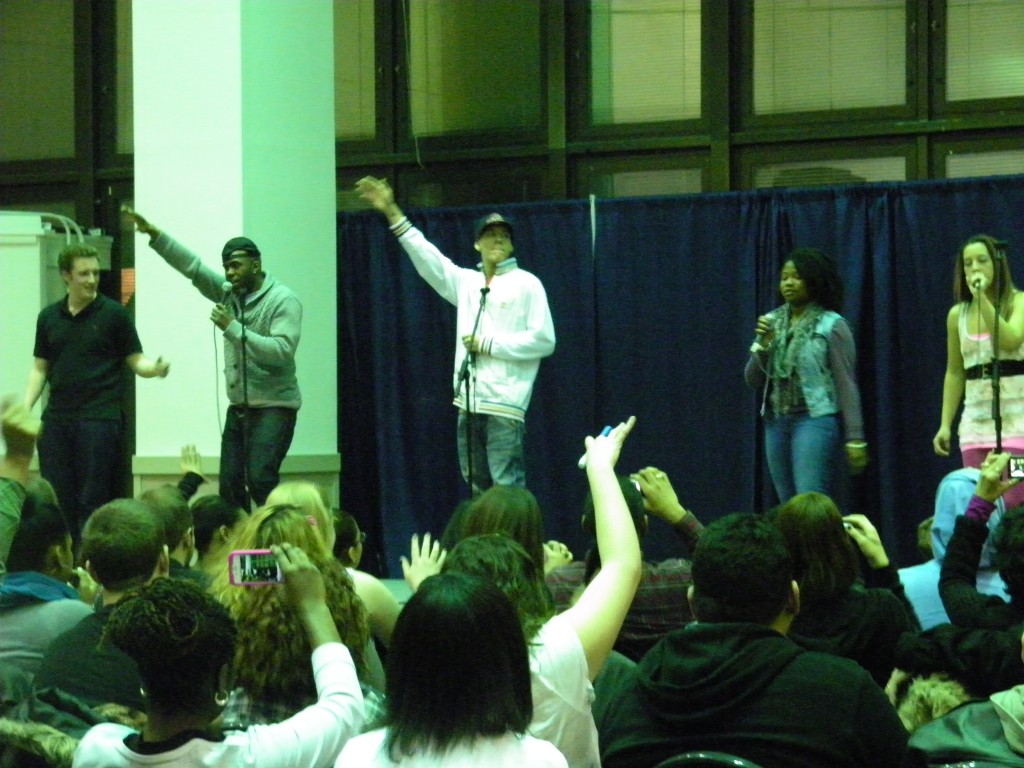