The Student Association at SUNY New Paltz is organizing a student walk-out and teach-in on Tuesday, March 8. The protest urges students to walk out of their classes and join demonstrations being held in the Student Union.

“We are not walking out on our classes,” Caitlyn Ryan, vice president for academic affairs and governance said at the Feb. 23 United Union Professionals town hall meeting. “We are walking out on Albany.”

According to a school-wide e-mail sent out by SUNY New Paltz Interim President Donald Christian and Vice President for Administration and Finance Jacqueline Distefano, Gov. Cuomo’s proposed budget would reduce taxpayer support for SUNY operated facilities by 10 percent. Campuses would not be permitted to raise tuition to offset the reduced revenue.

The school is facing a reduction of $6.3 million in its core instructional budget.

Yvonne Aspengren, a German professor and vice president of part timers for the UUP chapter of New Paltz spoke on behalf of adjunct professors who would continue to suffer under further cuts.

“SUNY views adjuncts as dispensable,” Aspengren said. “Adjuncts can lose their job at any time. That means half the faculty have no job security.”

In the e-mail, Christian and Distefano summarize how the school is coping with the proposed cuts. They are contemplating additional reductions in utility allocations, hiring freezes and possible revenue-generating suggestions.

Christian and Distefano have also asked the vice presidents and deans to focus on possible consolidation of academic units, increasing teaching loads for regular faculty and increase class and section sizes.

Glenn McNitt, a political science professor and an executive board member of UUP believes there is another way for SUNY to respond other than cuts.  McNitt said that extending the Millionaire Tax past its Dec. 30, 2011 expiration date would help generate necessary funds for aid.  This taxes 11 percent of the total income for families with an income over $200,000. McNitt also encourages local and regional outreach, calling on all taxpayers to petition legislators to continue the Millionaire Tax.

The SA’s teach-in is also in preparation for the March 15 SUNYpalooza in Albany.  This rally is designed for students, faculty and taxpayers to force pressure on state legislators to utilize other methods to generate revenue instead of making cuts.

Other solutions call for tapping into unobligated reserve funds. Phil Smith, president of the statewide UUP and professor of medicine at SUNY Albany, believes this solution is the best direction to move in.  Smith explained on Feb. 23 that reserve funds will be replenished due to excess tuition in the fall and spring.  Obligated funds like the student health fee would not be touched.

Christian and Distefano state that since the school lost $3.2 million of revenue at the beginning of the ’10-’11 academic year, without reducing expenses, the cash balance reserves have paid for school expenses. They go on to say that to make no reduction decisions and merely “spend reserves” would be an irresponsible path and leave the college in considerable fiscal peril in the future.

As Albany works to announce the final budget details on April 22, SUNY students are left to wonder if they will see their favorite professors and faculty return to work in the fall. –Additional reporting by Devon Pope

Sun Mar 6 , 2011
The definition of ‘walkout,’ according to the Merriam-Webster dictionary, is as follows: “The action of leaving a meeting or organization as an expression of disapproval.” When I first heard word, admittedly through Facebook, that a student walkout would be organized in response to the SUNY budget cuts, my gut instinct […] 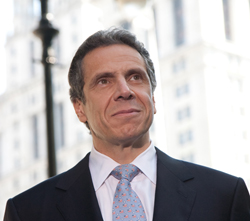