The New Paltz Hawks saw their season end on Tuesday, Feb. 21, with a playoff loss on the road to the Oswego Lakers.

The Lakers, who are ranked 14th in the country and first in the State University of New York Athletic Conference (SUNYAC), defeated the Hawks 73-62. They were led by Hayden Ward, who had a monster game with 25 points and 16 rebounds. The Hawks came into the game as the number eight seed in SUNYAC.

New Paltz was led, as they were all season, by junior forward Matt Devine who poured in 22 points to go along with five rebounds. First-year center Alan Siergiej and third-year guard Nick Taldi chipped in and combined for 24 points on 9-14 shooting.

Fourth-year guard Harris Wichard struggled from the field in his final game as a Hawk, shooting 4-13 from the field, including 0-4 from behind the arc. His eight points in the contest did move him into fifth place on the New Paltz all-time scoring list, with 1,512 career points.

“It’s a tremendous honor to be that high on the scoring list,” said Wichard, a four-year starter for the Hawks. “It happened as a result of great teammates and coaches that put me in great positions to be successful.” The difference in the game came at the foul line. The Hawks were only able to get there four times in comparison to the Lakers 13 trips to the charity stripe.

They trailed by eight heading into halftime, and quickly saw that lead balloon to 14 at the start of the second half. The Hawks cut the deficit down to seven points, at 58-51, following a layup by senior guard Jermaine Wallace. Oswego responded with a 15-6 run which put the contest out of reach for New Paltz.

Next up for Oswego will be the College at Brockport in the second round of the SUNYAC tournament. The Lakers won both contests versus Brockport during the regular season.

The loss concludes a disappointing season for the Hawks, as they finished 9-17 overall. It was also the first season under head coach Mike Rejniak, who was formerly an assistant coach at Amherst College.

New Paltz now turns the page to the 2012-13 campaign. The Hawks will return four of its five starters from this past season,  including leading scorer Matt Devine, who had a break-out season averaging 21.5 points per game.

Thu Mar 1 , 2012
Come winter 2013, students and faculty will be introduced to a whole new Sojourner Truth Library. The library will be renovated in a number of phases, which Director of Facilities Design and Construction John McEnrue, said has been a challenge. “The challenge for this project is staging the various phases of renovation […] 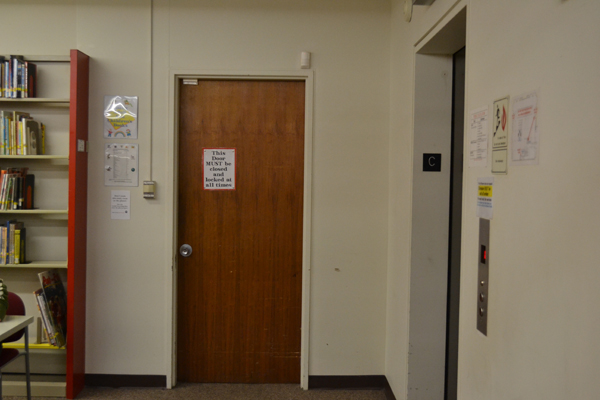