The only governmental action former Ulster County Legislator Chris Allen has seen since his loss on Nov. 5—in his bid to return to his old legislature seat—is that of criminal justice.

At the Town of Saugerties Justice Court on Monday, Nov. 25, Allen pleaded not guilty to a misdemeanor charge of criminal trespassing.

Saugerties resident Paul Fowler said that at about 7:58 p.m. on Oct. 30, Allen entered his residence through an unlocked door and verbally harassed him and his girlfriend, Gail Ferris, for nearly five minutes. Fowler allegedly had to ask Allen to leave the residence four times before he complied.

According to Fowler, the argument revolved around campaign signs. Fowler said Allen had placed signs at a nearby gas station, which were removed because Allen supposedly did not have permission to place them there.

To answer the charge, the court issued a criminal summons directing Allen to appear before the local criminal court.

Allen has denied Fowler’s allegations, and has given the media a number of explanations.

When reached for comment on Nov. 4 by Saugerties Times, Allen claimed that Fowler fabricated this story, that he never stepped foot in his residence and that, instead, he was out in the hallway.

On the same day, he told Saugerties Times that “he thought he might be the victim of skullduggery” and summed this up to be “a conspiracy by his political foes to wreck his chances on Election Day.”

In court on Monday, Nov. 18, Allen then told Village Justice Robert Rightmyer that he was “an invited guest in [Paul Fowler’s apartment].” That night, Allen filled out paperwork seeking a public defender.

Neither Allen nor Fowler could comment in time for publication.

At court on Monday, Nov. 25, prosecutors gave Allen the option of pleading guilty and accepting a fine between $500 and $1,000 with no jail time. If Allen is convicted at trial, he could face up to a year in Ulster County Jail.

This is not Allen’s first run-in with the law.

Back in September of 2015, Allen was arrested by state police and charged with third-degree assault. Ritamary Montano-Vining, a Greene County school teacher, said that she, along with a fellow teacher and a group of students, were cleaning up the parking area when Allen arrived in his vehicle. When Montano-Vining told Allen not to park there, for it would interfere with the cleanup, he became irate. She displayed her ID on a lanyard around her neck to him, and he pulled on it hard enough to leave abrasions.

Allen confirmed that a verbal confrontation did occur, but denied it getting physical. He said the injuries were “self-inflicted and that the allegations were politically motivated,” according to Saugerties Times.

After the court proceedings on Nov. 25, Allen was ushered to the Saugerties Police Department headquarters to get his fingerprints and mugshot taken.

After a discovery period—where both the defense attorney and prosecutor gather evidence for their cases—Allen will return to village court on Jan. 6. with his public defender, Michael Catalinotto.

If Allen does not accept a plea deal on this date, he will go to trial.

“We have planned to vigorously defend the case,” Catalinotto said. “We’ll have the paperwork, I will review with Mr. Allen and then we’ll go from there.”

Thu Dec 5 , 2019
Edited and packaged by Ericka Francois. The popularity in second-hand shopping has grown in part due to affordability but also the desire to buy clothing more sustainably. Thrift shopping and buying vintage fashion is a way to combat the waste resulting from the clothing production method of “fast fashion.” This […] 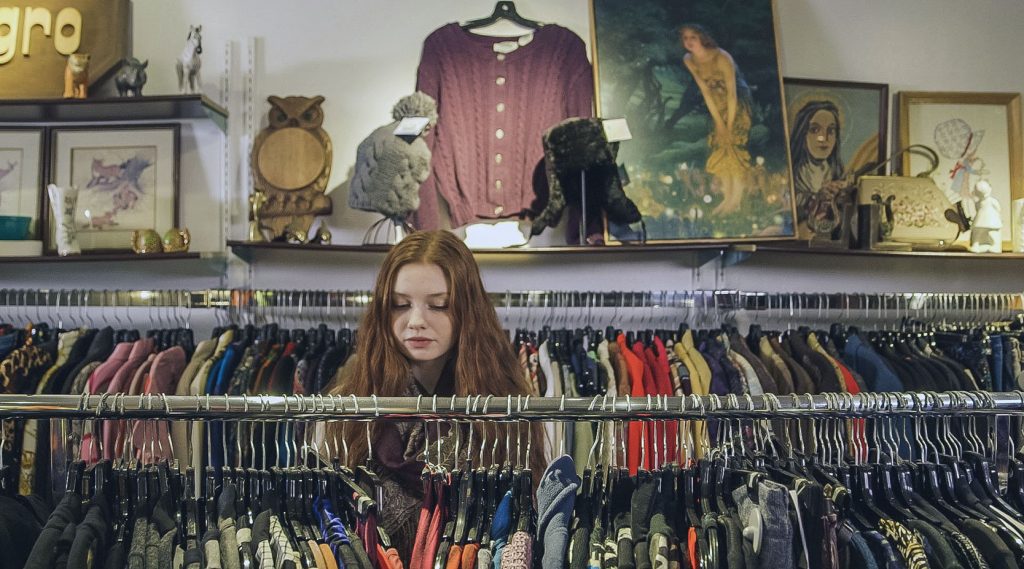