SUNY New Paltz has no plan for how to handle medical marijuana on campus if one student is prescribed the now-legal drug by a doctor.

New York State passed a law in 2015 legalizing medical marijuana. A total of 17,759 New Yorkers now have a prescription for marijuana, but SUNY New Paltz and other state colleges are not sure how they will handle students with prescriptions or how they will separate the legal use from the policies on recreational weed. The law is one of the strictest of the 29 states with similar legislation, only allowing marijuana in oil or edible form. SUNY New Paltz has one of the strictest drug policies of all the SUNY schools. If a student is arrested for marijuana only twice they are automatically expelled from the university. Strike one comes with its consequences as well, as students are forced into counseling and become ineligible for Title IV, HEA grants, loans, or work-study assistance aid. Privileges of that kind are lost because marijuana possession is an offense under federal law.

Other SUNY’s have not addressed a distinction between medical and recreational marijuana, but these schools have more lenient drug policies, having a ‘three’ strike policy instead of New Paltz’s ‘two’. According to Rob Hofmann, president of campus organization Students for Sensible Drug Policy, these schools often do not expel a student on a second offense like SUNY New Paltz. SUNY Albany’s students’ rights and responsibilities does not list expulsion as a consequence of marijuana usage. However, the SUNY Albany Federal Student Disclosure Requirements website page has not even been updated as it still states that New York State law makes no exception for medical marijuana use.

“We need to have a more humane policy and keep students in school,” Hoffman said.

The members of Students for Sensible Drug Policy (SSDP) are critical of the two strike policy and the strict nature of the New York State medical marijuana program. They are also critical of the SUNY system for not going along with legislative change.

Despite the fact that New York State is seeing change in marijuana legalization, the SUNY system as a whole has decided not to address the issue for the time being, according to Campus Police Chief David Dugatkin.

Public affairs officials from SUNY New Paltz and other SUNY schools have not been returning calls or emails regarding the issue. Nothing has come down from state officials to the SUNY system on how to address the issue, according to Dugatkin.

Conversation in the SUNY world about accommodating medical marijuana is scant.

According to Rob Hofmann, dealing with medical marijuana is not at the top of priorities for the SUNY New Paltz administration in the wake of a $4 million deficit and criticisms for letting go of adjunct professors this spring.

“I think there needs to be a momentum or a push. Who knows what will happen,” Dugatkin said.

Dugatkin is receptive to the idea, but explained that due to the law being new, campus police and residence hall officials will not be retrained for the time being and there will be no official changes to the two strike policy.

It is up in the air what an officer should do if a suspect can legally possess weed. There has been no instances in which a student possessing marijuana has had a registry card during an arrest at SUNY New Paltz, according to the campus police. When introduced with the hypothetical scenario, Dugatkin gave an interesting answer.

“It would be very interesting and it would be a test case for us,” Dugatkin said.

The campus police would need to conduct their own research with the New York State Attorney General and the Health Department, Dugatkin explained. The final word on how to handle the case would come down to the school administration.

The issue with schools, adapting to changing marijuana laws in their respective states, is that the federal government still does not recognize any medical benefits of the drug, which is still considered a Schedule I drug to the United States Drug Enforcement Administration. Hofmann says, however, that the federal government will not be going after medical marijuana or any dispensaries.

When asked if federal law reigns supreme over state law in this case, Dugatkin explained that for weed this is not always the case.  Twenty-nine states have legalized marijuana broadly in the nation and some of those have full recreational use and “open smoking” laws.

Answers remain vague on whether or not universities in New York will begin to implement policies like these. Dugatkin says that there have been talks about medical marijuana within the department and administration, but time will tell if there will be any form of policy change in the coming years.

Thu Dec 14 , 2017
Photo by Lindsey Fox There has been a monumental increase in electronic cigarette usage among youth in the United States. In New York State, the use of vapes and e-cigarettes is not only a trend among people between ages 16 to 25, but a symbol of their lifestyle. For many […] 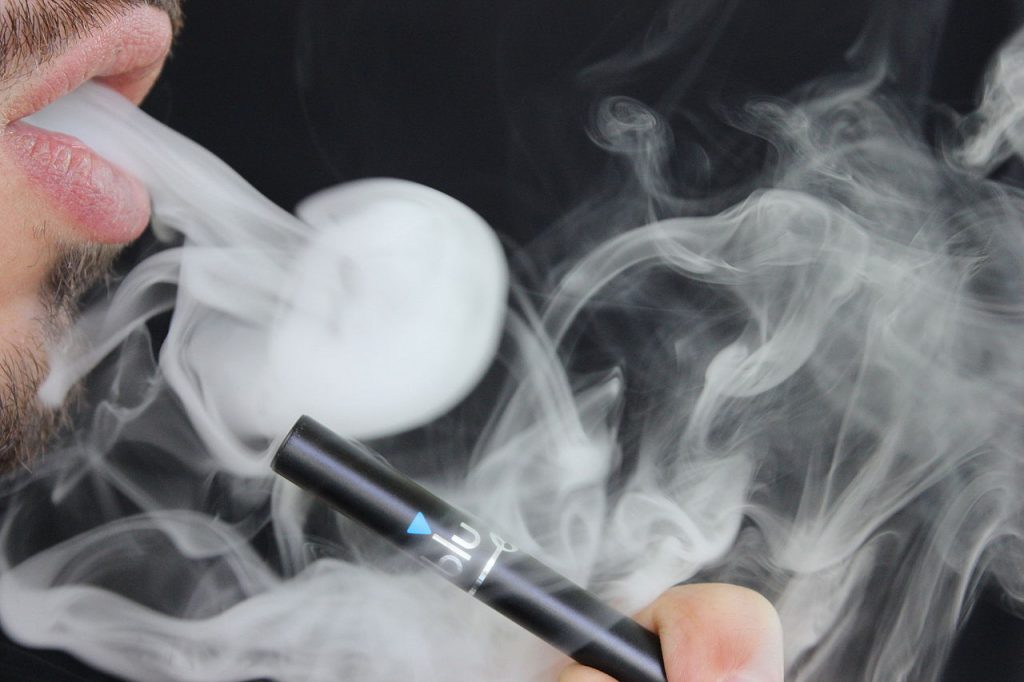