Earlier this week, the indie-world was all a-flutter when Radiohead announced that their long-anticipated album, The King of Limbs, would be released on Feb. 19. The announcement came as a surprise since, before Monday, the only word known about this release was that “it would be released sometime in early 2011.” All week, the blogs have been buzzing, the indie-world eagerly awaiting this upcoming Saturday. Radiohead is crafty, though. They decided to release the album one day earlier than previously announced, giving many (such as myself) a great start to the weekend. The whole concept of their new album is awesome, as it is a self-proclaimed ‘Newspaper Album.’ Don’t worry, I had no idea what that meant either until I inferred from the band’s website — apparently, it means that those who buy the physical copy of the album will receive a bundle of things, in addition to the music. Not only do fans get a digital copy of the album, but Radiohead will be shipping vinyls, physical CDs and sheet upon sheet of album artwork. The music on The King of Limbs is an unique Radiohead effort. The closest definition I can place on it is if Kid A met In Rainbows. In other words, Radiohead uses an eclectic mix of mellow, rhythmic guitar rock, mixed with ambient electronics. In all, it makes for a dope sound. And that’s the mood that entrances you when listening to The King of Limbs — one of rhythmic ambiance. My only critique of the album is that it lacks some thumping songs that made their earlier catalogue so head-bopping (See: “Paranoid Android” or “Everything in its Right Place”). However, I realize that this is a growth from In Rainbows, and the band is totally progressing from that sound and beyond. Radiohead has mastered making seemingly-simple songs that are actually laced intricately together, and that aspect is present on their new album along with a glitchy, experimental electronic buzz that resonates throughout. What I love most about this album is frontman Thom Yorke’s voice. Most songs will start out simple, with layers added in subtly. However, when Yorke’s voice introduces itself to the listener, the song’s intrigue is increased tenfold — and I say this more as a homage to Yorke’s voice than the monotony of the instrumentation. Each song and each part is engaging in its own way. All of this being said, The King of Limbs is incredibly hard to define. But, I think that’s the trademark of a good Radiohead album — they’re all different, yet the same. You can’t listen to this album and think it’s any band other than Radiohead. See for yourself. Below is the video for “Lotus Flower,” the new single (I presume) from the new album. The song is quite awesome, but as for Yorke’s interpretive dancing skills… well, you’ll have to judge that yourself. 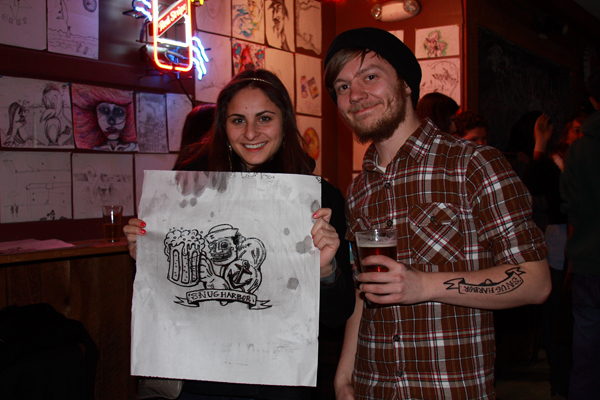