There may be upwards of ten candidates running this year to become the next mayor of the Village of New Paltz, but one thing is unmistakable. This race, despite its crowded nature at face value, is a showdown between two entities: former Mayor Jason West and everyone not named Jason West.

West, who officially announced his intention to seek the Village Mayor position on Sunday, March 6, probably enters this non-partisan race as the overwhelming favorite. He has the name recognition, the advantage of already having run a successful village-wide campaign, and, let’s face it, the others who’ve thus far jumped into the mayoral race are little more than ‘some dude’s.

The irony of this, of course, is that West was completely obliterated in his 2007 run for re-election, losing by 16 points to the current mayor, Terry Dungan. Even prior to that, West’s electoral performance was hardly sterling, having prevailed in his 2003 bid with less than 40 percent of the vote, as two other candidates split what was perceived as the “establishment” vote. Four years later, amid lingering controversy over his illegal performing of same-sex marriages in New Paltz in 2004, the “establishment” coalesced around Dungan and West was kicked to the curb.

2011 strikes me as more akin to 2003 than 2007, which is a terrific development for West. With Mayor Dungan currently undecided on a run for re-election, the establishment has no “serious” candidate to coalesce around. Instead, the anti-West vote is poised to splinter among the several other candidates running, thus giving West the opportunity to again triumph with only 40 percent of the vote. If, however, Dungan does run, nightmares of 2007 will surely linger over the West campaign.

Among the other declared mayoral candidates are Jon Cohen, owner of the Groovy Blueberry, Patricia Fitzpatrick, a former New York City firefighter, and Peter Healey, a former village trustee. From what I gauge from local political activists I’ve spoken to, I would probably have a better chance at winning than any of these three.

For what it’s worth, I’m entirely undecided on whom I’ll support. I can appreciate West’s passion for New Paltz and public service and I don’t believe Dungan’s tenure has resonated much with SUNY New Paltz students, at least in a positive way. Yet, West is also the sort of larger-than-life personality I typically can’t stand holding public office. I’m for gay marriage, yet I don’t believe his actions in 2004 were the appropriate means of addressing the issue. I felt his term in office was more about Jason West than the concerns of New Paltz residents.

As one local, progressive activist recently told me, “By default, Jason is probably the front-runner, but I wouldn’t expect many folks to be doing cartwheels about it.” That sentence defines this entire race.

Thu Mar 10 , 2011
Each move is a message. Each step is a feeling. All eyes in the almost full theater are on the dancers of “Dance Underground” as they perform their first dance of the night. Their dancing is natural and effortless, but the passion behind it shines through as bright as the lights […] 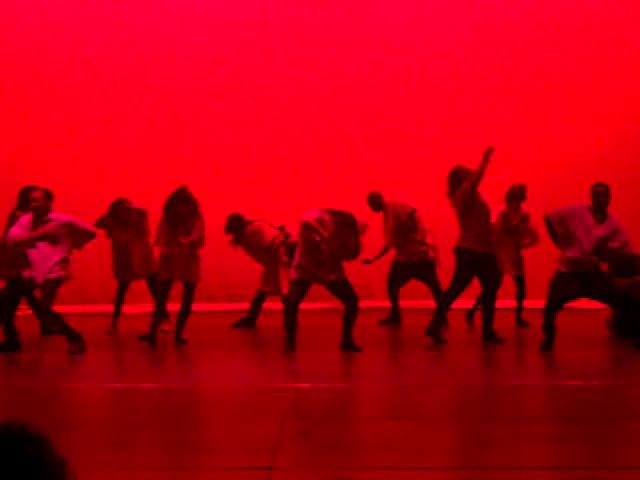