You have to be passionate about what you do.

This seems to be the age-old mantra for getting ahead in life. And it is, perhaps, even more necessary for student journalists.

Holding the title of “journalist” is not to be taken lightly as you hold the irreplaceable task of informing the public about things that directly affect their life. If you’re not passionate about what journalism really means (and I don’t mean reporting on the latest fashions and celebrity gossip), then pick another career and hurry.

SUNY New Paltz professor Howard Good once said, “I see these high school seniors and college freshmen that say they want to be journalists, but when I ask them why, they give me a blank stare or say ‘I want to be famous.'”

He then gave his signature satirical laugh and launched into a discussion about why you have to be truly committed to journalism to make it and that half of us sitting in class would never end up doing what we set out to do upon entering college.

I’m in love with journalism. I love writing, talking to people, telling stories that change people’s lives. But I was a little unsure if this passion and commitment was evident. I was afraid that I’d be lost in the sea of aspiring student journalists that aren’t taken seriously.

I recently sat down with a long-time friend of my father who wanted to get to know me a little better. We talked about my plans for post-graduation and why I wanted to be a journalist and had pursued it in the first place.

Right before we said our goodbyes, he told me one thing that struck him about me was my passion. He said he could tell that I truly cared about the deeper meaning of journalism and what it meant to be a part of it.

This was the vindication I needed. To have someone I had only known for about an hour tell me I wasn’t the one thing I feared most was a relief and almost roused me out of the somewhat discouraged slump I had been in from my dismal job search.

Yet, despite this self-esteem boost and my mother’s best efforts at positivity, I’ve found it difficult to remain optimistic about the future. I graduate in May and I’d be lying if I said I wasn’t more terrified than excited.

There have been two million jobs lost this year so far and 663,000 in March alone, according to the latest government statistics. The nation’s unemployment level rose to 8.5 percent, the highest it’s been since 1983.

And to zero in on how my chosen field is surviving is enough to make even the most gung-ho job searcher pull the shades and crawl under the covers. Newspapers are folding all over the country with some cities facing the possibility of having no print newspaper at all. The Sun Times Media Group that owns the Chicago Sun and 58 other newspapers recently filed for Chapter 11 and other companies are imposing salary cuts and mandatory furloughs to remain afloat.

The possibility of finding a job doing what I love looks bleak. All the passion in the world is no match for an economy teetering on the brink of depression. So what should I do? What should any college graduate do?

My initial thought was that I could find a lowly state job to tide me over while I freelanced and looked for a stable position. Now Gov. Paterson proposes to cut 8,900 state jobs, so I guess that option’s out the window. My mother told me in hushed tones to follow the stimulus package, hoping this was a cutting edge idea that people might be slow to pick up on. Well the media must have heard her because there have been articles suggesting that very idea all over the place. Fabulous.

I don’t have an answer. I don’t think anybody does. Professors harp on what a terrible state the country is in and can draw direct comparisons to the climate when they graduated years ago. Graduate school is always an option. This might be the right path for some, but I’m going to battle it out in the real world before returning to the classroom.

Since Journalism 2, I’ve been antsy to get on with my life and start working. It’s not that I want to rush college (believe me, it’s true what they say about these being the best years), but I’ve felt ready to get my hands dirty in the professional “journalism-scape” for a while now.

My life looks nothing like what I envisioned-and I’m not a head-in-the-clouds, overly optimistic dreamer with an unrealistic view of the world type of girl, so times are pretty bad.

I guess all I and anyone else can do is wait for the tides to turn and ride this recession out. Times might get worse before they get better but I’m hopeful that eventually there will come a day when jobs aren’t scored by personal connections and luck of the draw, but by passion. A day when this passion that is so crucial and needed to revamp the media’s reputation can be put to use-when journalists like myself can find our place.

Thu Apr 9 , 2009
Active students on SUNY New Paltz campus discuss their activism including how they became involved, what issues are important to them and give advice to upcoming student leaders. New Paltz Students Reflect on Activism from Little Rebellion on Vimeo. 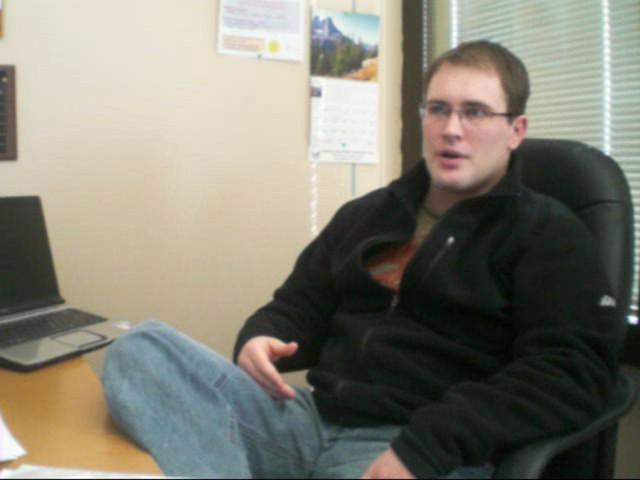