Imagine you are trotting through Central Park on an elegant carriage ride through Manhattan. You are donned in your finest petticoat enjoying the ride. Sounds like a paradise, right? Well, there is trouble in paradise.

The horse-drawn carriage industry is a controversial issue right now in New York City, pitting drivers against animal rights activists. While drivers and other proponents of the industry feel that horse carriages must remain in New York to preserve drivers’ jobs and livelihoods, animal advocacy groups want them banned, asserting that the horses are exploited and abused. In a response to lobbying, recently-elected Mayor Bill de Blasio said he would make good on his campaign promise to enact a ban on horse-drawn carriages.

At stake are jobs, tourism income and what carriage supporters say is a special tradition in the city. Proponents of horse-drawn carriages’ main argument is to protect the livelihood of more than 150 drivers of 68 carriages. In addition, they feel that tourists pay to see the horse, which is “the star” of the operation.

Peter Muller, the New York State director of animal advocacy group which aims to give animals a political voice, The League of Humane Voters (LOHV), believes that these carriage drivers must have other skills to pursue other jobs in tourism. Edita Birnkrant, the New York director of Friends of Animals, has been working on the ban of horse-drawn carriages in New York since the onset of the entire banning campaign in late 2005. Similarly to Muller, Birnkrant finds herself dumbfounded by carriage proponents’ argument that banning carriages would destroy drivers’ livelihoods.

“Throughout history when a society did not find a need for a certain industry, that industry would simply shut down,” Birnkrant said.

While there is little common ground between advocates of horse carriages and their opponents, there seems to be skepticism from both sides about the alternative being presented. The pro-ban group, New Yorkers for Clean, Livable and Safe Streets (NYCLASS) proposed a horseless alternative – a fully electric vintage-replica vehicle. The proposal, which is backed by Councilwoman Mark-Viverito, even has animal activists concerned. Skeptics feel that motorized horse carriages may be a more efficient, cheaper alternative to electric, while many pro-ban groups feel that this proposal will not expedite their campaign and likely will not pass federal highway safety requirements.

Many business-driven drivers believe that the carriages’ main tourist appeal lies in the idea of being with the horse itself. Thus, they are not willing to make the switch, entering an uncertain and likely less profitable industry.

While the ban would force the drivers out of work, the electric car plan would guarantee them jobs if they were willing, as their medallions would transfer over, according to media reports.

“Drivers don’t realize how fortunate they are to be offered a replacement industry,” Birnkrant said. “However, industries were never solely shut down because of animal activists before, so the backlash from drivers and pro-carriage people is inevitable.”

Another claim that many drivers assert to oppose the ban is that their horses are treated well, as the industry is highly regulated and each horse is granted a “five week’s vacation” per year.

However, the 220 carriage horses in New York City routinely work at least nine hours a day, seven days a week pulling a vehicle that weighs upwards of hundreds of pounds on hard pavement according to the NYCLASS website. Many return from their vacation underweight and exhausted, NYCLASS asserts. They breathe in exhaust from buses, cars and taxis.

According to the Carriage Horse Committee, horses are not allowed to work in temperatures below 18 degrees and above 90, but this fails to factor in wind chill, humidity and pavement temperature according to media sources. Moreover, since this regulation was not strictly enforced, according to animal rights groups, The New York Post reported that NYPD decided to take over the enforcement of regulations of horse carriages.

While officers are working to enforce these rules, they are still trying to work out how to orchestrate enforcing these rules that specifically ban the operation of horse carriages in extreme weather according to the New York Post.

The issue of horse carriage regulation does not just cover horses’ well being during their working hours. Rather, the matter of safety and regulation in the stables is a much-debated argument between advocates of the ban and drivers alike.

According to horse carriage supporters, each of the four stables is highly regulated with amenities such as nearby veterinarians, automated “drippers” feeding the horses water, roomy stalls and a sprinkler system for fire safety. In addition, they are open to inspection 365 days a year as reported by CNN.

According to Birnkrant, horse carriage supporters are the “ones with blinders on.” While stables are the only factor that drivers can control, they use this in their platform, since they can not control traffic, which has amounted in more than 20 accidents from horses becoming spooked in the past few years. Birnkrant, who visited the same Clinton Stables on W. 52nd  St. that drivers along with their celebrity endorser, Liam Neeson praised, said that regardless of stables adhering to regulations, they are far too small and perilous. According to Birnkrant, while the Clinton Stables are the only ones mentioned in the media and are said to be the best-kept stables, they do not provide sufficient space for horse turnout. Turnout includes interacting with fellow horses and having the freedom to move about, as horses are accustomed to this in pastures.

Ultimately, life is bleak for carriage horses, as many of these horses come from Amish farms and racetracks and inflicted with preexisting joint injuries, according to Holly Cheever, the vice president of the New York Humane Association. Even when they are too old to work, they are usually unable to retire in a pasture, according to Birnkrant. Rather, they are shipped off to killer-buyer auctions in New Holland Pennsylvania where they are sold to Canada to be slaughtered for their meat, according to The Humane Society.  Because the horse carriage industry does not have to keep records of the horses, drivers often file off the required four-digit number below a horse’s hoof, to perform this illegal meat-trade, according to Birnkrant.

While animal rights activists are hopeful that de Blasio will pass the bill to ban horse-drawn carriages, they remain eager. It is important to note that the bill must be passed through city council, which takes time. While there is no definitive timeline of when the bill will be passed, Muller and Birnkrant believe that it will happen by the start of 2015 at the latest. If enacted, the law will retire all working horses to pastures.

How You Can Become An Advocate of the Ban:

Get Involved: New York City Residents can contact the council member of their districts by writing hand-written letters or leaving voicemails. When calling, Birnkrant says it is important to say that you are a concerned constituent. For those who do not live in Manhattan, you can call the mayor directly and sign petitions that advocate for the ban of horse-drawn carriages.

On a local level: The Animal Rights Association (ARA) meets on Thursdays from 6-7:00 p.m. in The Student Union Room 407.

“I definitely plan on talking more about horse-drawn carriages in the club, as its an issue that’s often overlooked and the city is no environment for fearful horses,” Jayne Costello, ARA’s president, said.

Click Here to see animal activism group, Animals’ Angels Investigation of the interior of the West Side Livery stable.

Click Here to read the story of a former NYC working horse’s retirement into a sanctuary.

Update: The full-size Horseless Carriage prototype was unveiled April 17, 2014 by NYCLASS in New York City, according to news reports.

Thu Apr 10 , 2014
If you often find yourself in the organic foods section of your local grocery store or if you shop or eat at the majority of places in New Paltz and the Hudson Valley, you have probably come across the term “fair trade”. Many people associate the term strictly with […] 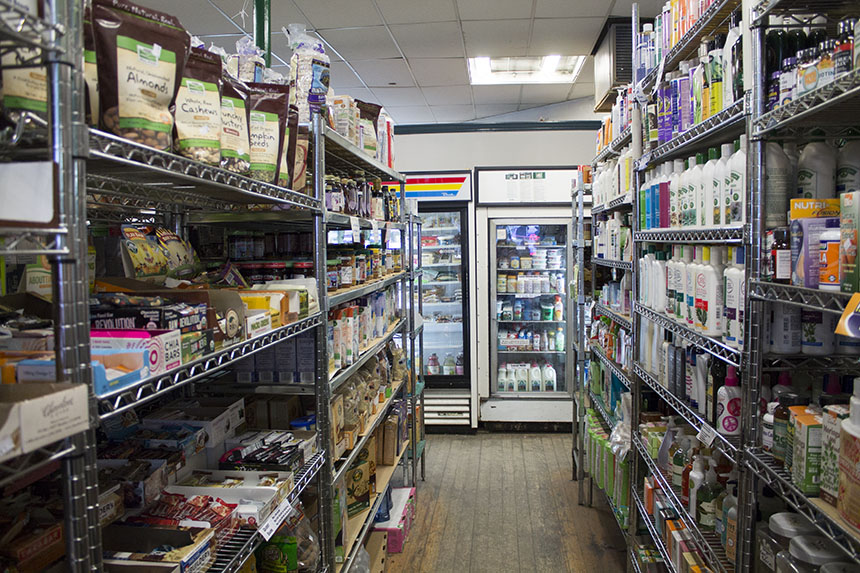