Is the NHL ignoring its fan base?

The National Hockey League is on the verge of seeing another season go down the drain. This marks the third time the league owners and the players could not reach a new Collective Bargaining Agreement (CBA) before their old pact expired resulting in a lockout.

The players were given a 57 percent share of Hockey Related Revenue (HRR) under the last CBA while the owners would collect 43 percent. Fairly lopsided when you consider that teams such as the Atlanta Thrashers had to relocate due to annual losses both on and off the ice.

The HRR that the owners signed away ended up growing to over $3 billion annually in each of the last two years, from $2.2 billion in the year following the lockout, with an estimated a 6.35 percent growth rate for this upcoming season the owners could not allow the current rates to continue.

The league that was struggling to get by just a few years ago because of a inflated player salaries that cost teams to lose $275 million, is in a better position, yet a worse position. The structure of the game is not in question, it is the integrity of those with the hand on the lever.

“My dad waited to renew his season tickets,” said Eddie Hennessy, longtime New York Rangers fan and a fourth-year anthropology major. “You could tell something like this was going to happen. I don’t get how they can let this happen, though.”

The NHL has had 3 lockouts dating back to 1995. Each lockout has been preceded by a monumental Stanley Cup championship the spring before. The Rangers broke a 54-year drought in 1994 only to lose the first half of the ensuing season. The Tampa bay lightning won there first championship and were the first expansion/sun belt team to win the cup and most recently the Los Angeles Kings won their first title in the franchise 45-year history.

Wait, isn’t that weird? The league and its players aren’t arguing over anything that will alter the game in any way. They are arguing over who gets a bigger piece of the pie: a pie that is baked and created by the fans. Essentially, they are arguing over who gets the money that fans will spend once they reach an agreement. Hockey is a sport that rivals baseball when it comes to history and the players and owners are on the verge of doing this game a great disservice.

The most recent lockout resulted in the loss of the entire ‘04-05 hockey season. That situation arose out of conflict over new rules and a call for player safety while making the game more fast-paced. It took one year of negotiations but the game was better after that. The NHL, since the 2009 fiscal year, has the largest rate of growth in North American sports. That’s an eye-popping stat for those who know how much the NFL brings in each year and how hockey struggles to even break the mainstream marketplace.

“They are arguing over who gets more money and they only people who suffer are the fans,” said Sam Burstein, a third-year media management major who was holding out hope that maybe this year with the Rangers acquisition of forward Rick Nash he may get to see his team bring home the Stanley Cup. “Of course the Rangers make a huge trade and now we may not even have a season.”

With the lack of respect for the fans and the integrity of the game; what is to stop us from saying that the fans won’t come back after this? The National Basketball Association and National Football League have also had lockouts in the past year but did not experience a ratings lag like the NHL suffered when it returned in 2005-2006.

If the NHL loses this year “or more” which was the sentiment of Detroit Red Wings forward Danny Cleary on Sept. 16 will it even be able to bounce back?

With the fans constantly being victimized by a league that seemingly can’t get its act together what’s to stop the fans from just saying “Game Over?”

UPDATE:  The NHL and the Players’ Association are set to resume talks Tuesday October 16 with both sides bringing proposals that focus on core economic issues in hopes of a new CBA being reached before any mores games are cancelled.

Be sure to follow the @thelittlerebellion on twitter for updates on this and other events such as the Presidential Election as well as campus related activites! Video of the Week: All Hallows' Eve 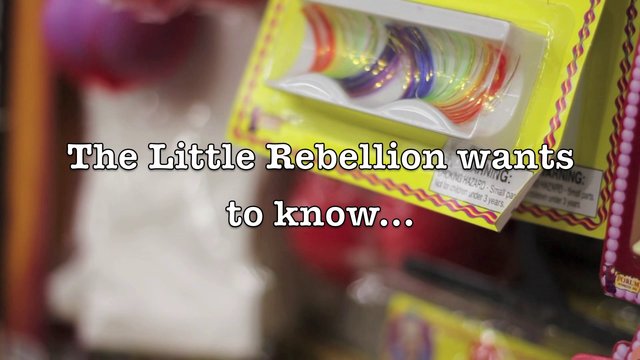