When Tobias Wolff was 14 years old, a classmate shifted the direction of his life. With one sentence, Wolff’s future as an author was decided.

“You know, you oughta be a writer,” said the boy after grabbing one of Wolff’s short stories.

Since that moment, Wolff has written more than a dozen acclaimed pieces of literature and visited numerous universities. His latest stop: sharing his experiences with the SUNY New Paltz community in an event entitled, “An Evening With Tobias Wolff” in McKenna Theater.

Most known for his memoir “This Boys Life” and novel “Old School,” Wolff also penned “In Pharaoh’s Army: Memories of the Lost War,” “The Barracks Thief” and numerous collections of short stories, among them, “In the Garden of the North American Martyrs,” “Back in the World,” “The Night in Question” and most recently, “Our Story Begins: New and Selected Stories.”

During his visit on Tuesday, April 1, Wolff looked back at the major influences in his life that ultimately led to his interest in becoming an author, which, according to him, continued to peak when he was just a young boy renting from his local library.

After returning books one day, Wolff said the librarian recommended he read two Jack London novels, “White Fang” and “The Call of the Wild,” which expanded his horizons and led him to discover Ernest Hemingway.

“I loved the kind of sensory world that he evokes in his stories,” Wolff said. “[Because of Hemingway], I began to read more widely and the way I began to respond to my pleasure in these stories and novels was to start writing imitation stories.” At age 15, he received a scholarship to the Hill School, a preparatory boarding school located in Pennsylvania which had an abundant focus on writing and literature. There, he was able to absorb the knowledge of visiting speakers like Robert Frost and “Lord of the Flies” author William Golding.

“All kinds of wonderful writers came through and spoke to us,” Wolff said. “A literary magazine was also very important in the life there and we were always trying to get a story in or get on the editorial board – and eventually, I did. It really cemented my idea of what I wanted to do.”

During the discussion, Wolff focused on the development of good writing, which he said isn’t something that happens immediately, but rather requires a large amount of practice and experience.

“We all think, because we know language, that we should be able to write brilliantly and even perfectly the first time out,” he said. “Like if you read a short story from Hemingway… you get to the end of it and say, hell I know all those words… and then you discover it’s not quite so simple.”

According to Wolff, writing stories and playing music can be very analogous and practicing becoming a musician is a great training method for anyone who wants to be a writer.

“One of my sons is a professional jazz musician,” he said. “For years, I could hear him very deliberately practicing the tones and riffs [of other artists], and really trying to sound like them. Then at a certain point he started to sound like himself… It’s nevertheless, I think, a liberating thing [in writing] to get under the skin of another artist and to try to replicate certain poems, moves and structures.”

As his writing skills increased, so did his audience. Eventually, Wolff’s memoir, “This Boy’s Life,” was adapted as a feature film starring Leonardo DiCaprio, Robert De Niro and Ellen Barkin. In 2001, Wolff’s acclaimed short story “Bullet in the Brain” was also adapted into film, and starred Tom Noonan and Dean Winters.

Much of Wolff’s work has been translated into multiple languages and received various awards, including the PEN/Faulkner Award, The Los Angeles Times Book Prize, both the PEN/Malamud and the Rea Award for Excellence in the Short Story, the Story Prize and the Academy Award in Literature from the American Academy of Arts and Letters.

With all his accomplishments, Wolff still attributes the beginning of his success to that 14-year-old boy he knew in middle school. However, Wolff’s story of the boy wasn’t over.

Years later, when speaking to a group of writers in Alaska, Wolff told the audience the same story, except this time, using the boy’s actual name. When the session ended, a woman approached him claiming to be the daughter of the now grown man that changed his life. She said, after a dissolved marriage, her father remained living in the mountains of Alaska, far away from the general population, while the rest of her family started their lives in Anchorage.

“Well, what happened to him?” Wolff asked.

“Oh, he’s still way up there,” she said. “I guess somebody told him he should be a hermit.”

Shake it Don't Fake it

Sat Apr 10 , 2010
After following the winding driveway to a warehouse that seems fit for either a kick-ass rave or an installment in the SAW series, you’ve reached Tiger Piss’ practice space. Inside this murky musicians’ hideaway are random relics of what used to occupy the space: wheelchairs, tractors and old time-clocks. Among this […] 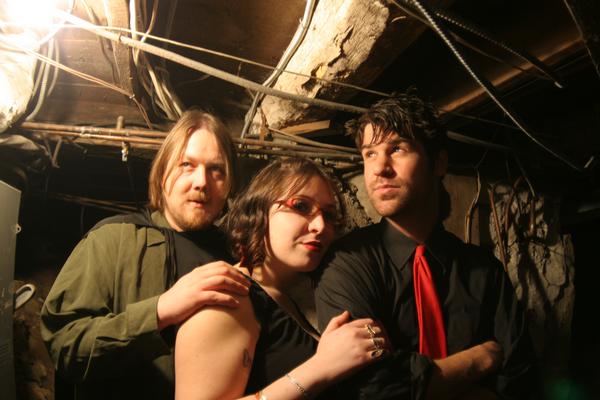