New Yorkers passed Ballot Proposal One on Nov. 4, altering the way legislative districts will be redrawn after the 2020 census.  A decision that has the state’s political players either praising it as a death sentence for partisan gerrymandering or vowing to push for new reforms in a system they think has only superficially changed.

The proposal creates a new commission to replace the New York State Legislative Task Force on Demographic Research and Reapportionment [LATFOR], which had undertaken the redistricting process after the 2010 census. The new commission has been touted as a way to break the tradition of majority parties crafting district lines to continue their incumbency.

But certain government watchdog groups, lower-row political parties and former LATFOR members believe the new commission is a piece of political trickery designed to deflate the political energy behind demands for a new redistricting process by offering up a system just as ripe for corruption.

Fifty-seven percent of New York voters voted for Proposition One and 43 percent voted against it. The counties that most supported the measure were clustered around New York City, while the counties most opposed were generally in the greater capital region.

Legislative district lines must be redrawn after each decennial census to reflect changes in the population landscape. After the 2010 census, this was the task of LATFOR.

“The original intent of the process was misrepresented; citizens and participants were misled as to its openness and transparency; and it was fundamentally fraught with gamesmanship,” Dilan said.

LATFOR consisted of six members: four state legislators and two citizens, all selected by party leaders in the Assembly and Senate. Their role in redrawing lines was technically advisory, but, according to former Assemblyman and LATFOR member Jack McEneny, the task force’s decisions were rarely questioned by non-LATFOR legislators.

LATFOR also held mandated public hearings on the process before the new lines were finalized.

Proposition One replaces LATFOR with a 10-member commission. The members of the commission cannot have been a U.S. Congressperson, New York state elected official, state officer, state employee, legislative employee, political party chairman,  registered lobbyist, or the spouse of an elected state official or Congressperson in the last three years.

Eight of the commission’s 10 members will be directly appointed by legislators, after which the eight members will select two additional members. The commission’s redistricting proposals have to consider pre-existing district lines and can be rejected by the Legislature. If the Legislature doesn’t approve the proposed district lines twice, they will be able to amend them, though they would have to follow certain guidelines of the commission while doing so.

The proposal also seeks to promote transparency by necessitating a series of at least twelve public hearings during the process. At least one hearing each would be conducted in Nassau County and Suffolk County in Long Island; all five boroughs of New York City; and the cities of Buffalo, White Plains, Rochester, Albany and Syracuse.

Criticism of LATFOR had been building up before the 2010 elections, when Gov. Andrew Cuomo was campaigning for the governor’s office. One of his foremost campaign promises was to work to establish an independent, nonpartisan redistricting commission to replace what the New York Times at the time called “the scandalous gerrymandering that allows even the most incompetent and corrupt legislators to keep getting re-elected, vote after vote.”

A commission failed to be established before district lines were redrawn after the 2010 census, but lawmakers promised to put a new commission in place before the 2020 census figures came out.

When the new redistricting plan was released, some government watchdog groups immediately took issue with the proposal’s ballot language — the summary of the measure every voter would see on Election Day before making their decision.

The language — which had been prepared by the Attorney General and approved by the New York State Board of Elections, a set of four commissioners appointed by Cuomo — called the new commission “independent.”

Several New Yorkers, including Susan Lerner, the executive director of the government watchdog group Common Cause/NY, challenged the language in court, claiming the use of the word “independent” was misleading.

New York State Supreme Court Justice Patrick J. McGrath ruled in favor of Lerner and the other petitioners in a decision that bordered on acerbic. He stated members of the proposed commission would be either be “handpicked appointees of the legislative leaders” or “essentially political appointees by proxy,” and that the commission’s plan would be “little more than a recommendation to the Legislature” that could be “rejected for the purely partisan reasons that this Commission was designed to avoid.”

Blair Horner, the legislative director for the New York Public Interest Research Group (NYPIRG), a government watchdog organization, said the drafters of the ballot language “knew what they were doing” when they chose the word “independent.”

He compared the language to wording used on the casino proposal last year, wording he called “deliberately distorted.”

In a press release following the ruling, Lerner applauded the court’s decision, and continued to oppose the new Commission, even with the word “independent” removed. The word still appears throughout the actual language of the amendment laying out the Commission’s duties.

“…the redistricting commission cannot be described as independent because it isn’t. As the judge made clear, this Commission would only be a proxy for the Legislature…Common Cause/NY will be urging voters not to be fooled and to reject Proposition 1 on Election Day,” said Lerner.

Other government watchdog groups pushed for the proposal’s passage.

Executive Director Dick Dadey of Citizen’s Union said the proposed commission “strips the legislature of its unchecked power in redistricting” which has “polluted out politics for 50 years.”

The League of Women Voters of New York State also supported the proposal, one of the organization’s legislative director, Barbara Bartoletti, calling it “a step in the right direction.”

When a clear majority of voters passed Proposition One last Tuesday, Citizen’s Union and the League of Women Voters released a joint statement praising the proposal as “real change.”

The NYPIRG released a statement resigning to work with the new redistricting process.

“Sadly, New Yorkers were placed in a classic Catch-22 when it came to Proposal 1. While Prop. 1 changes the redistricting process, it does little to reform it. Yet voting against it would have left the state with an abysmal status quo. Now that New Yorkers have approved Prop 1, reformers will have to roll up their sleeves and begin the hard work necessary to make this seriously flawed new system work,” the statement read.

Howie Hawkins, the Green Party candidate for governor, said he voted against Proposition 1.

“I thought [New York] really needed an independent commission with civil servants running it, not people appointed by the leaders in the legislature, but it is what it is,” Hawkins said.

New York’s other lower-row political parties were split about the Proposal.

The Working Families Party had urged voters to vote against Proposition One, calling it “the fake redistricting amendment.”

Conservative Party Chairman Michael Long reacted positive to the result, saying he was “very pleased that it passed.”

Arthur ‘Jerry’ Kremer, who served in the Assembly as a Democrat for 22 years, said he voted in favor of the proposal, and that opposition to Proposition 1 mostly consisted of “purists,” many from government watchdog groups, who were demanding the improbable.

“Every appointment to every commission, I don’t care where it comes from, is political,” said Kremer, who also argued that personal political objectivity was a Crimea.

“Anybody who’s appointed to a position of this kind…always has some political bias…there’s no such thing as picking ‘X’ number of people to put in front of a commission [that] have absolutely no feelings politically about anything: That doesn’t exist,” Kremer said.

Kremer said politicians appointing commissioners would face backlash if they appointed “some political hack,” and that he supported the measure, which he called “a halfway step.”

McEneny, the former LATFOR member, said he would vote for Proposition One during an interview prior to the election.

“Is it better than no change?” asked McEneny. “Absolutely it is better… more importantly, do you think the [political] will [will exist] for the next two successive legislatures to get a [redistricting] bill for 2020?”

Thu Nov 13 , 2014
As a young teenager, Britney Digilio had no idea how therapeutic and relaxing growing up with animals proved to be. She had been diagnosed with bipolar disorder and obsessive compulsive disorder. Her parents ran an animal shelter, so she was always surrounded by dogs, cats and horses but it was […] 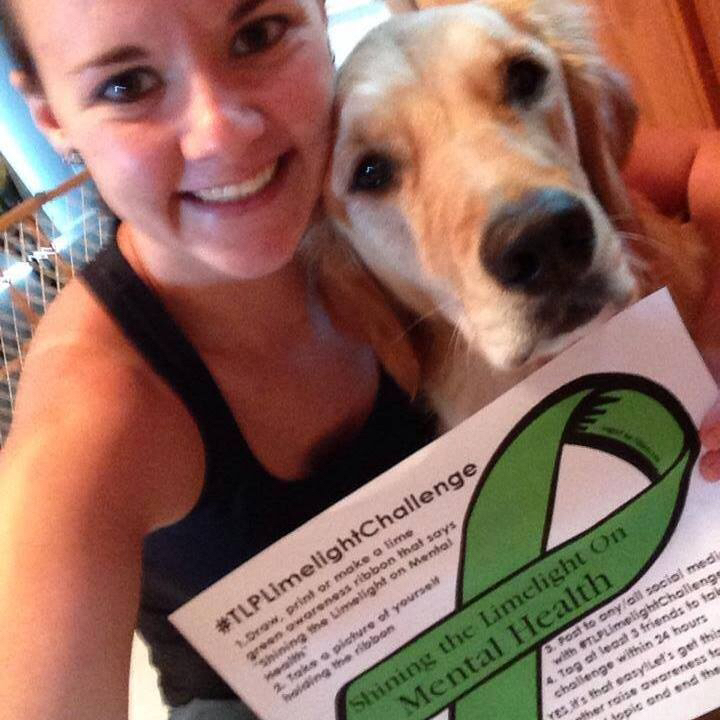