Since leaving Ulster County over 30 years ago, Renée Byer has become the senior photojournalist at the Sacramento Bee, won a Pulitzer Prize as well as a number of other awards. During the spring 2010 semester, journalism students at SUNY New Paltz will get the privilege of welcoming her back.

Byer is returning east for a groundbreaking visit as the latest professor of the James H. Ottaway Sr. Endowed Professorship. The program, which was once a semester-long course that was only offered to 15 of the journalism program’s star pupils, will be different this spring as Byer will visit numerous classes over a two week period.

The journalism program annually honors professionals in hopes that the selected speaker can provide students with the “skills to be courageous journalists and better writers,” according to the SUNY New Paltz Web site.  Last year’s Ottaway professor was Byron “Barney” Calame, the former deputy managing editor of The Wall Street Journal and former public editor of The New York Times.

“It’s been a great experience for the 15 students who get this [professor], they really get a rich experience,” said Robert Miraldi, a journalism professor who is responsible for bringing in Ottaway professors. “Maybe this is better that a lot of people get a little bit of this person.  She’s going to do two weeks with us.”

Miraldi will keep her busy for two weeks by having her participate in class discussions throughout the journalism program, as well as speaking to fine art photography students.

“It’ll be a busy two weeks for her,” said Miraldi. “I think that we’ll get a lot of bang for our buck.”

As prior Ottaway professors have done, Byer will hold a public lecture and present a slide show. She also has an exhibit in the Samuel Dorsky Museum of Art on campus that has been open since January and will continue through April 11.

As the first photojournalist of the Ottaway Professorship, Byer will join acclaimed reporters, editors, foreign correspondents and sports writers in the legacy at SUNY New Paltz.  She will accompany students for what is considered a new style, or standard, of professorship within the journalism program. Byer, who was born in Yonkers and lived in the Bronx and Rosendale, graduated from both Ulster County Community College and Bradley University in Illinois before switching coasts. In college, Byer studied art and media communications; a choice that, paired with her first internship, helped pave the way for her career in photojournalism. She enjoys teaching and giving lectures, and finds it very similar to her daily work at the Sacramento Bee.

“Not that much really changes in life. I don’t think people realize that,” said Byer.  “In my profession, I’m always educating either editors, reporters or my subjects as to what I do.”

She hopes to cater her lectures and talks towards specific needs of the student body and will be working closely with Miraldi to make sure that happens.

The journalism industry is fluid and moving in a new, somewhat uncertain direction. Because of this, the program brings in journalists who are at the peak of their careers to inform students about what is happening now and not just about how the industry has come to be what it is today.

Influenced by the stories her grandmother told about her great grandfather, a doctor from Rosendale, Byer takes on a proactive role in journalism. She explained that her great grandfather would treat people for free and at times was poorer then other doctors because they charged more. His story inspired Byer.

“I’m very interested in medical issues and trying to help the less fortunate,” she said.

She attributes her tenacity to her New York roots.

Byer has worked with ex-gang members, women in Africa, children with cancer, and women in the military among others. She is currently working on a story about issues raised in society about autism in adults, as well as a story about a homeless family living in its car.  Byer works to help raise awareness and tell a story for those who cannot tell it themselves.

She has been published internationally in Paris Match, Marie Claire, Newsweek Asia, El Mundo and Days Japan and has won 16 awards in 2007 alone.  In her 20 years as a journalist, she has lectured at many professional workshops all over the world in places like Madrid, Spain, Palm Beach, Fla., Yokohama, Japan, Siem Reap, Cambodia and Charlottesville, Va.

“I think all of us have a journey in life and I feel blessed that mine is to bring awareness to important issues,” said Byer.  “When I go home at the end of the day I feel like I’ve contributed something worthwhile through my photographs.”

For her, the story is not about the location, but about the people she meets and the spirit they bring. Byer travels throughout the world for her stories, raising awareness of difficult situations.

A Mother’s Journey, her 2007 Pulitzer Prize winning feature, is an example of how it is not about where she travels, but whom she meets. Byer worked with local residents in California, mother Cyndie French, and her son, Derek, for a year documenting his losing battle with cancer.

“That story was pretty much shot at the person’s home in the community here and in the hospital,” she said. “It gives you a really good idea of what you can get if you just look at your local backyard.”

She has worked hard to become the successful humanitarian she is today and hopes to encourage students to follow their dreams.

“I believe that if you really determine that you have a passion for something, you will be successful at it,” said Byer.  “It could be hard work to accomplish that because everyone isn’t a natural at what they choose to do in life, but I think that if you really focus on something you can achieve it.”

Tue Mar 9 , 2010
The New York Times wrote a telling article last week, commenting on and analyzing the status of our state’s government. Liz Krueger, vice chair of the Senate Finance Committee and a well-respected voice in the state Senate, was quoted in the article. “Welcome to the Senate,” she said. “Or should I […] 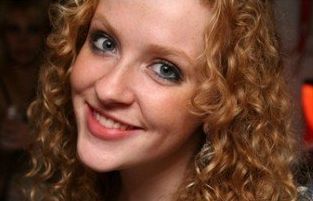