For the third time, Heather Collins is running under the Republican ticket with the Conservative party in Assembly District 1 against the incumbent Fred Thiele who is affiliated with the Independence Party.

The district’s economy is reliant on communications, agriculture, tourism and fishing. Such fishing industries off of Shelter Island, casinos in Southampton, tourism in East Hampton and technological and communications industries are the heart of the Town of Brookhaven.

In the past, Collins has been vocal about her campaign goals, but this year she has remained silent and has not been actively campaigning for the upcoming general election.

When asked for an interview, Collins declined.

Collins has been the challenger to Thiele twice before and was defeated both times leaving him the undefeated incumbent.

Thiele is running for reelection under the Independence Party on the Democratic ballot. He is a Sag Harbor native and has practiced law, been a legislator, previous Southampton Town Supervisor and is now the District 1 Assemblyman. Thiele has led numerous initiatives related to  transportation, affordable housing, economics and water quality.

Thiele has also been relatively silent about his campaign for the 2020 general election, however he did accept the opportunity to be interviewed.

Thiele stated that water quality, climate change and housing cost were his main focuses for this upcoming term.

“Water quality as well as upgrading septic systems and building a new water treatment plant is one of my main goals for this upcoming term,” Thiele told the Legislative Gazette.

He listed his next priorities: “Climate change, reducing fossil fuels and most importantly adapting to climate change,” and added, “housing costs are also a primary concern for our district.”

COVID-19 has been a huge obstacle for many politicians and that does not disclude Thiele and his role in District 1. He believes that the core values of his position as an assemblyman are still being carried out during the pandemic.

“Constituent work during the pandemic has become more important than ever, as well as helping with unemployment insurance, answering questions about essential business, helping small businesses access loans and helping with local food insecurity through food banks.”

Thiele is also aware of Collins’ campaign inactivity, stating, “She’s not campaigning; her name’s on the ballot.” He also commented on the types of campaign approaches often taken by politicians. “There are two ways to campaign: be scared, or be unopposed,” he said.

Thiele has many factors in his favor, including the majority Demoratic voters in the district and his familiarity with the community from his seven years as assemblyman. However, the large portion of independent voters and the contentious presidential election could largely sway whether or not voters will cast their ballot across party lines.

Mon Nov 2 , 2020
Reposted with permission from The Legislative Gazette. ROTTERDAM, N.Y – Incumbent Angelo Santabarbara (D) and challenger Paul DeLorenzo (R) continue their campaign for District 111th’s Assembly seat as the November 3rd election date barrels ahead.  The district has both rural towns such as Duanesburg and Canajoharie and urban cities like […] 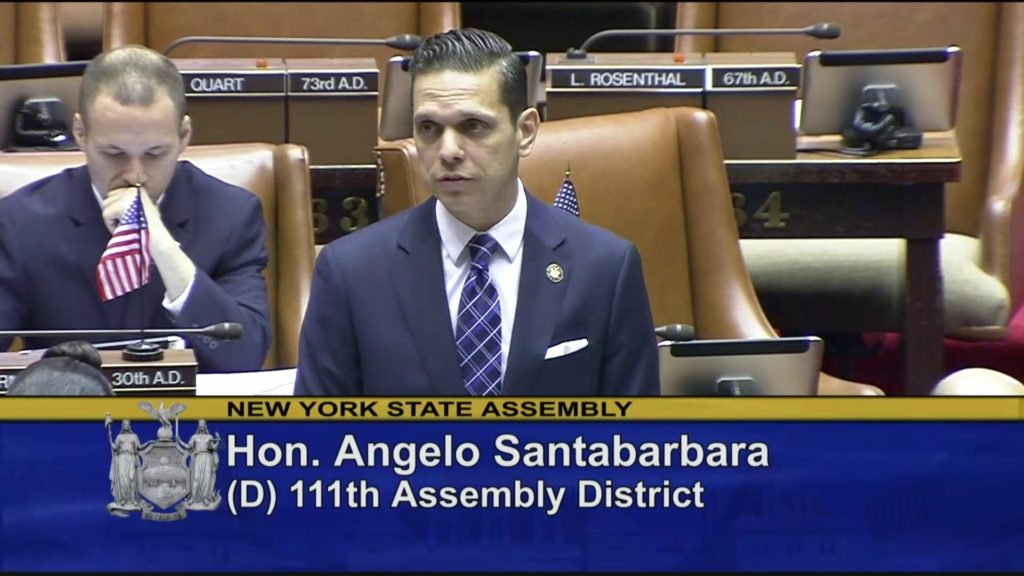