SUNY New Paltz students made their voices heard loud and clear on Wednesday, Oct. 5 as they walked out of their classes as part of a nationwide protest of various issues they had with higher education.

Organized by New York Students Rising (NYSR), a new organization on campus, who asked students to walk out of their classes at 12 p.m. and join peers from 73 other universities to show their displeasure with budget cuts to state aid, tuition increases and a
lack of accountability and transparency in college administration, their Facebook said.

“There are many overarching issues affecting New Paltz that are part of the larger SUNY system- this is a way to show student solidarity in our common causes,” Eirik Bjorkman a SUNY New Paltz graduate and event organizer said.

Protesters gathered in front of the Humanities building and chanted at curious students as they walked to and from class before breaking up the remaining ones into workshops modeled after last year’s walkout on March 8.

In these workshops, each lasting 50 minutes, students were led by 10 facilitators and were taught issues affecting higher education as a whole. Others learned about issues that directly affected the New Paltz campus.

Specifically, NYSUNY 2020 was one issue that garnered attention in the workshops. The plan, which was signed two months ago by Gov. Andrew Cuomo, would institute a five-year tuition plan that would allow schools to raise tuition by $300 each
academic year over five years.

“This is a test run for a national education plan, this is the plan they want to spread all around the nation,” Bjorkman said to the protesters. “It is not good for students. Right now we are fighting a big fight. This is the thing that happens before it gets horrible all over the place.”

Last semester’s walkout – said to be the largest student walkout at SUNY New Paltz since the 1970’s and involved over 1,000 students – was the spring board for this year’s walkout, but this year’s protest had a larger scope, Bjorkman said.

“After organizing the walkout last semester at New Paltz, and other SUNYs like Buffalo, Albany, and Binghamton, organized a statewide network called New York Students Rising so we could fight the budget cuts in solidarity as a SUNY system,” Espinosa said.

To distinguish itself from last semester’s walkout, both Bjorkman and Espinosa said they believed it was important to align itself with the statewide network of students offered by NYSR. Over the course of two three-day retreats, those involved made a schedule for upcoming events.

Espinosa said in addition to the organization and collaboration between schools, this walkout aimed to offer solutions to the current budget situation.

“The main campaign for this fall is ‘chop from the top.’ Many SUNY administrators make six-figure salaries, and yet students have to take the blow and pay higher tuition,” Espinosa said. “By cutting administrator salaries by at least 5 percent, we calculated that at least $1 million can go back into SUNY. We are students with solutions this year, not just suggestions.”

On the New Paltz campus specifically, Bjorkman said finding space for the event was difficult. However, he was happy with the outcome.

“I’m really proud of everyone involved for their commitments and their inputs on making the event a reality. We had no idea that word would spread like it has though, and it’s making us  really excited to be participating in a national action of solidarity and empowerment,” Bjorkman said.

Students who attended the walkout had various reasons for their involvement – stemming from general unrest to specific qualms they had with the direction education is heading.

“I’m from out of state, but it’s not fair they want to raise our tuition while also cutting teachers’ salaries,” third-year sociology major Jessica Harvey said. “These are people who inspire us and teach us to be members of society. They should be cutting other areas of the budget…education is too important.”

Thu Oct 13 , 2011
Students at SUNY New Paltz aren’t just keeping a close eye on their grades this semester — they’re also closely watching their wallets. “I feel like I spend way too much money. At the end of the week I always feel guilty wasting money,” said Gabrielle Blinderman, a second year […] 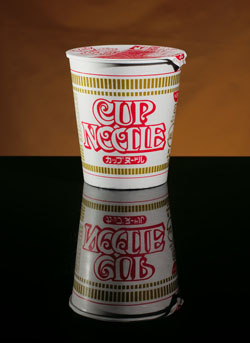