The district has both rural towns such as Duanesburg and Canajoharie and urban cities like Schenectady. The rural populations lean red, while Schenectady has a more politically mixed population.

There are 73,085 active registered voters in the district with 27,153 Democrats, 20,036 Republicans and 17,929 independent voters. District 111 has notable voter participation with only 7,656 total inactive voters. With such a major population of independent voters, the outcome of this election is a toss-up.

As the incumbent, Santabarbara has represented District 111 since January of 2013. Before this, Santabarbara served in the U.S. Army Reserve for eight years, as well as later working as a civil engineer. Santabarbara is the founder of the Santabarbara Cheese Company and is a lifelong resident of Schenectady County, where he resides with his wife and two children.

DeLorenzo is the Republican challenger for the Assembly seat in the 111th District. A graduate of Siena College and Pace University, DeLorenzo has spent the last 20 years working at his law firm, DeLorenzo, Grasso, & Dalmata, as an injury attorney. DeLorenzo is a lifelong resident of Rotterdam with his son Nicholas.

One of Santabarbara’s main issues is mental health, specifically autism awareness, as Santabarbara’s son was diagnosed with the disorder. Santabarbara has also been a member of several organizations during his time as Assemblyman, including the committees for rural resources, agriculture, energy, government employees, racing and wagering, and veteran affairs.

DeLorenzo, a newer politician, has several issues he wishes to address if elected to the district’s assembly seat. DeLorenzo’s campaign has publicly advocated prominent issues such as repealing the current bail reform, new tax distributions, marijuana legislation, nature preservation as well as the handling of COVID-19.

Unlike his challenger, Santabarbara has been endorsed publicly by multiple organizations. These organizations include The Benevolent Association of the New York State Troopers, The New York State Law Enforcement Officer Union, The Public Federation, The National Federation of Independent Business, Schenectady County Sheriffs’ Benevolent Association, Civil Service Employees Association, The New York Professional Fire Fighters Association and The American Federation of State, County and Municipal Employees. During the pandemic, Santabarbara has gained the endorsement of the New York State United Teachers union, as well as partnering with Quick Response to support the district in coronavirus relief efforts.

Although seemingly unaware of each other during their campaigns, DeLorenzo’s campaign released a video over the past summer detailing Santabarbara’s previous policy support during his time as an assemblyman. As reported by the DeLorenzo campaign, Santabarbara has voted for partial-birth abortions, to stop the deportation of illegal immigrants, among other issues.

Both campaigns have not responded to our request for an interview at this time.

Ashley Gendron is a senior at SUNY New Paltz with majors in English and journalism. Outside of the classroom, she enjoys reading for pleasure and watching documentaries.

Mon Nov 2 , 2020
Republished with permission from The Legislative Gazette. First-time political candidate John Cummings is taking on Alexandria Ocasio-Cortez in New York’s 14th Congressional District – a contest that has drawn national attention, and campaign donations, from Democrats and Republicans alike in one of the most expensive races this election season. Ocasio-Cortez is a […] 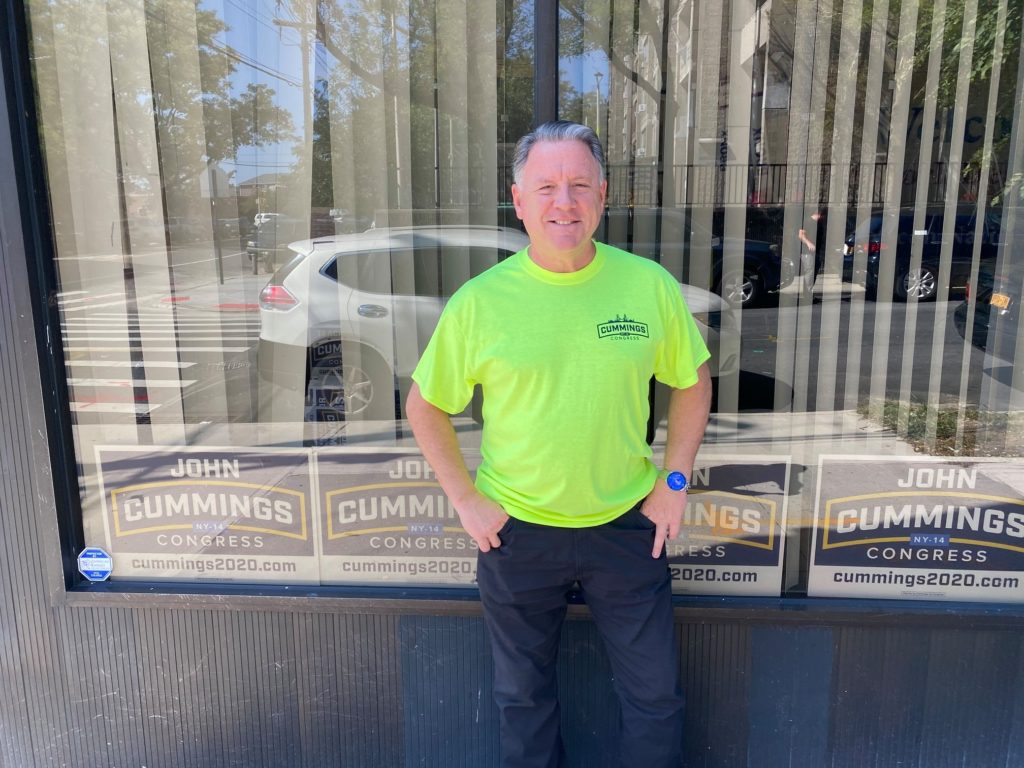