The New York Times wrote a telling article last week, commenting on and analyzing the status of our state’s government.

Liz Krueger, vice chair of the Senate Finance Committee and a well-respected voice in the state Senate, was quoted in the article.

“Welcome to the Senate,” she said. “Or should I say, ‘condolences’?”

It doesn’t take a seasoned reporter or an extremely analytical mind to see it — Albany is one broken bone away from immobility. The annual state budget needs to be passed by April 1. With scandal after scandal breaking out, it’s difficult to know whether the governor and Legislature can snap out of media mode and get back to work.

Here’s a quick summary: in the last two weeks, Gov. David A. Paterson has been accused of breaking ethics laws by accepting free Yankees tickets (and lying under oath about it) and of coercing a woman to drop her domestic violence case against one of his aides.

If Paterson himself resigns, his Lieutenant Gov. Richard Ravitch would be the third governor in one gubernatorial term (as you might recall, Paterson replaced former governor Eliot Spitzer around this time last year).

Add Hiram Monserrate getting kicked out of the Senate for physically abusing his girlfriend and a $9 billion state deficit and you’ve got a state government that looks more like a state insane asylum.

The concern, however, is not just the ethical standards our politicians may or may not have, but whether they can put the scandals behind them and start doing the critical work that needs to be done.

For starters, the state’s mounting deficit has merited a proposed budget that makes serious, daunting cuts to health care, education, local governments and state parks, among others. The governor’s proposed budget, which is subject to amendment by the Legislature, also increases taxes on sugary beverages and cigarettes.

The governor has made his point clear: the cuts in his budget are a result of the state being on the brink of financial collapse for too long. Just last December, $750 million in payment certifications for school aid as well as Aid and Incentives to Municipalities program payments were delayed to prevent the state from going into bankruptcy. Just recently, the governor announced his intention to possibly delay $500 million in tax refunds for individuals and $200 million in business refunds for the same reason.

The Legislature and the governor must pass their final, compromised budget by April 1 and the budget must be balanced. But if Paterson is still governor by the time that happens, he faces serious challenges. Paterson’s relationship with both Senate and Assembly leaders is rocky — until just a few days ago, he and Assembly Speaker Sheldon Silver had not spoken in months.

The budget is not the only issue in Albany either. With scandals and politics swirling, it becomes easy to forget about the farmers and domestic workers lobbying for workers’ rights, the long-winded struggle over same-sex marriage and the fight over the legalization of medical marijuana.

Those are just a few non-budget arenas which are not getting the attention they deserve. What’s getting attention around Albany is the fact that with Sen. Monserrate gone, the Senate democrats have only a 31-30 majority. Because any bill coming to the Senate floor needs 32 votes to pass, the Democratic majority is, in a sense, useless.

And with all the unethical nonsense surrounding the Democratic Party, Republicans are starting to slide their way into taking control of the state. New York, traditionally a blue state, elected three Republicans into the Assembly in a special election last month. Monserrate’s empty Senate seat, for which a special election is scheduled to be held March 16, is anybody’s game.

New York state residents are fed up with Paterson, too. The latest Quinnipiac poll released on March 10, shows 39 percent of New Yorkers want him to resign and 61 percent disapprove of the job he is doing.

But not all hope is lost, at least for the Democratic Party. Attorney General Andrew Cuomo, who is currently investigating Paterson’s criminal charges, has overwhelming bipartisan support if he decides to run for governor. In a Quinnipiac poll released March 3, Cuomo saw a 74 percent approval rating from Democrats, and a surprising 62 percent approval rating from Republicans.

But Cuomo has not announced his candidacy. And until he does, if he does, one has to wonder what may become of disheveled Albany — where politics outweigh policy for now.

Tue Mar 9 , 2010
By: Pamela Alvarez, Lindsey Claro, Michael Grob, Andrea Vendegna Description: This group used the Potter Box as well as other principles, to determine whether or not the release and distribution of the controversial photo taken of Lance Cpl. Bernard was ethical or not. 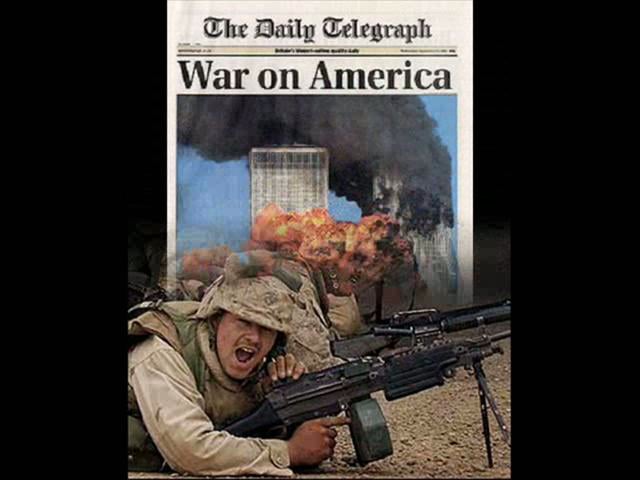