For more than 36 years, Morales has been an educator and leader in higher education administration, holding senior administrative positions at the three largest public university systems in the country: the California State University system, The State University of New York (SUNY), and City University of New York (CUNY). In 2007, he became president of one of the largest colleges in the CUNY system, the College of Staten Island.

At SUNY New Paltz, he was assistant dean for the School of Education, and assistant vice president for Student Affairs, from 1991 to 1994. Morales served as director of the Office of Special Admissions and EOP at SUNY New Paltz from 198 to 1994. He was also an EOP counselor from 1977 to 1979.

His contributions to public higher education have been recognized by the United Nations, U.S. Citizenship and Immigration Services, and Boy Scouts of America.

At the Undergraduate Ceremony Sunday, May 20, Morales will receive an honorary doctorate of humane letters.

An honorary doctorate is the highest honor that the State University of New York can bestow upon an individual, according to the press release, and is authorized by the SUNY Board of Trustees.

“Conferring an honorary degree on Dr. Morales is especially fitting, not only because he is an alumnus with an impressive record in public higher education administration, but because of his service in various professional leadership positions at New Paltz for more than 15 years,” said President Donald P. Christian. “Like New Paltz, Dr. Morales values the highest standards in recruitment, retention, instruction and pedagogy, and embraces a vision for diversity, acceptance and equal access to excellence in public education.”

Mohonk Foothills To Be Made Public

Mon Mar 5 , 2012
Representatives from the Mohonk Mountain Preserve and the Open Space Institute held a public discussion on Feb. 25 to discuss the “Land Asset Management Plan”  for the Mohonk Preserve foothills. OSI, whose primary goals are to conserve natural and historical land holdings, bought the iconic 857 acre parcel last fall […] 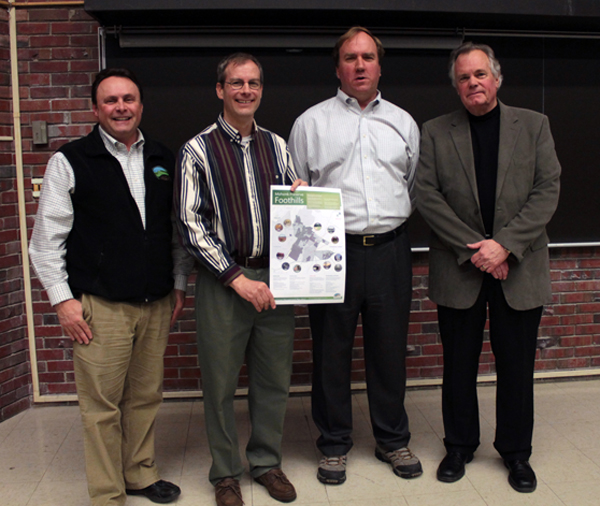