In July, 2010, an Emerald Ash Borer (EAB), an invasive beetle residential to east Asia, was found in Saugerties, N.Y., and has since been infecting ash trees all throughout Ulster County in devastating measure.

According to the National Invasive Species Information Center, the EAB was originally found in Michigan in 2002, and has been moving eastward ever since. It is general speculation by entomologists that the EAB arrived in solid wood-packing material that was transporting a shipment to Detroit.

What makes the bug so devastating to forests is that it is hard to find an EAB before an infection takes place; the only visible traces of them are “d-shaped” holes that appear in ash trees, and by that time the tree is already infected.

Tom Crowe, a consulting forester who works in Leo, Ind., has been dealing with the EAB for several years.

“Infested trees are not obvious and, to most people, they appear fine,” Crowe said. “Though the borers have eaten all the cambium, they are going on stored food. The tops of the trees are essentially dead, but the trees just don’t know it yet.”

The EAB attacks the phloem and xylem of the tree, responsible for nutrient transport and collecting water, killing the tree from the inside over a several year span.

A decrease in ash tree population has several effects on an ecosystem. According to Mark Whitmore, a forest entomologist with the Department of Natural Resources at Cornell University, the depletion of ash trees will not have a heavy affect on plants and animals, but the expansion of forests is much less likely without the presence of ash.

“When you lose ash trees you’re losing diversity, you’re losing the future,” Whitmore said. “They provide seed and are essential for the growth of new forests.”

According to Meredith Taylor, the Catskill regional invasive species partnership coordinator, not many trees have been reported dead from EAB, although many have already been infected.

“Even though the EAB was first found last summer, it has been in Ulster County for nearly a decade,” Taylor said.

Whitmore was one of the respondents to the EAB finding in Saugerties last summer. He says that chipping trees, the method used for eradicating the beetle in Michigan and Ohio, is not a good strategy because it is impossible to eliminate the entire EAB population.

Whitmore says the best way to combat EAB infestation in a community is to draw up plans that will slow down the population build. The first thing he suggests is to figure out where the ash trees are.

“The greatest impact is going to be on the ash trees in the streets, or in people’s backyards,” Whitmore said. “Ash is not prized in the timber industry, but the real cost will be removing dead trees or branches in backyards that could fall.”

Another attempt in combating the EAB is spraying pesticides on ash trees, but they only protect the tree for two years. There are various traps set up in campgrounds and rest stops, but that only limits the population.

According to Whitmore, there is no stopping the spread in Ulster County. The EAB are here to stay. The population can be lowered, but to erase the entire population would be “impossible.”

Whitmore also said that it will take about 10 years for the EAB population to die out on its own.  Communities can only react and must do so quickly.

“The EAB was found in forests 10 miles east of Kingston,” Whitmore said. “So get ready.”

Thu May 5 , 2011
It isn’t rare for New Paltz nightlife to echo with live music. Walking through the streets at night means you’ll most likely hear the faint humming strains of some guitars, or the driving pulse of a drum set. Most bars have nights dedicated to in-house performances. It is rare, however, […] 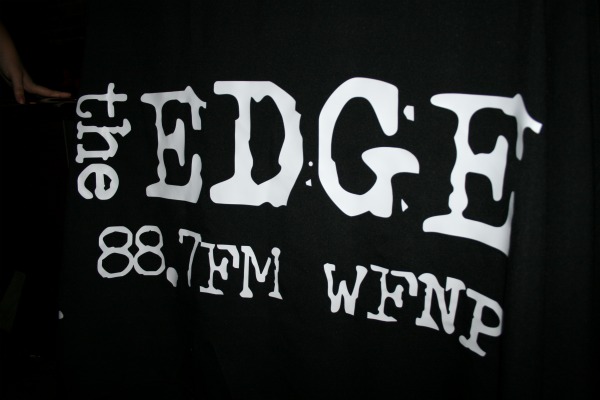