If you’ve read any of the New York Times articles covering the classified Afghanistan war documents, Iraq war documents, and diplomatic cables released by WikiLeaks, you may have noticed many of the articles have one reporter’s name attached: Andrew W. Lehren.
On Wednesday, March 30, Lehren visited SUNY New Paltz to speak about his experiences with the stories.  Lehren, who has worked at the Times for five years, was the lead reporter responsible for searching through the hundreds of thousands of documents included within the three separate leaks.

Lehren likened scanning through this enormous amount of documents to a college cram session.  He said he would figure out patterns of what to look for within the documents, so he could find the most important information in the timeliest manner.  He used a combination of computer software that would find key words or phrases within the text, and plain reading to write the memos that would eventually evolve into the investigative stories that they would become.

Lehren and other reporters, editors and legal counsel, who worked on the investigative reports stemming from the documents’ information, were sworn to secrecy about what they were currently working on.

His news team was given three weeks to read, dissect, report and write about this sensitive information.  He said that the final week of each period was usually spent checking over the content for legal issues­ so the Times would not be sued.  He said that so far the Times has not run into any legal trouble for the reports on the leaked documents and cables.  Lenhren would not even admit the format of which the Times received these documents, stating legal concerns.

“Just so you know, we never publish names and we never put anyone in danger,” said Lehren, referring to the Times’s decision not to print the names of anyone who would be put in harm’s way because of the revelation or delivery of this data.  He said that this was successful, as nobody was killed because of information the Times printed.

The first set of documents Lehren was responsible for looking through were the Afghanistan war documents, which totaled around 92,000.  Lehren said that one of his news team’s first ideas was to find the total number of civilians killed in Afghanistan within the documents’ time frame.  However, despite the large amount of documents, Lehren said this idea never panned out because the documents were incomplete.  Days were missing as well as special cases such as confirmed suicides.

Lehren spoke of the effectiveness of unmanned combat air vehicles (UCAV) from what he found in the war documents.  The point of using an UCAV, otherwise known as a drone, is to avoid sending troops into a hostile area and attack a target from afar.  Lehren explained that these UCAVs would sometimes crash in these dangerous places carrying advanced missiles.   These slip-ups caused troops to go behind enemy lines to recover the missiles and weaponry from the hostile area.  Any of these left could fall into the hands of the opposition.

Of the Iraq war documents, which totaled around 400,000, Lehren found that brutality was rife among Iraqi security forces, who beat and tortured their prisoners.

Lehren said, “It was clear that the U.S. military knew that once handed over to the Iraqis — all bets were off.”  He went on to describe the manners of this abuse that he found in the reports, such as prisoners who were burned with acid or had their fingers cut off.

When the U.S. diplomatic cables were released to a select few European newspapers, the Times did not receive them right away, as the newspaper has had a falling out with Julian Assange, the creator of WikiLeaks.

“When we published our material, we didn’t link directly to WikiLeaks,” said Lehren.  Assange did not want the Times to get a hold of this last round of documents.

Despite this setback, publications such as The Guardian and Der Spiegel shared the cables with the Times.  Unlike the Iraq and Afghanistan war documents, these diplomatic cables were not made fully available to the public.

Overall, Lehren said he was pleased with the outcome of the stories and series’ published from the documents.  He said they were “really good journalistic efforts that describe the lay of the land.”

However, he admitted that the information was not perfect, and that it may be possible to miss key information when working under a deadline.

He said, “It’s an imperfect profession — we do try.”

Reel Noteworthy: The Girl with the Dragon Tattoo

Thu Mar 31 , 2011
Call me uncultured, but I’m usually not one for movies with subtitles. I don’t want to read a movie. I want to watch it. This past week, I decided to give open-mindedness a try, and called up “The Girl with the Dragon Tattoo”, a Swedish film, on Netflix. Within 15 minutes […] 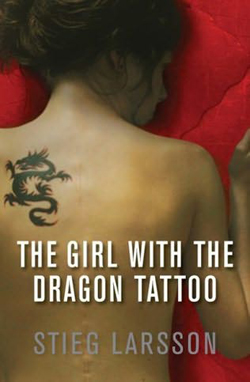