Call me uncultured, but I’m usually not one for movies with subtitles. I don’t want to read a movie. I want to watch it.

This past week, I decided to give open-mindedness a try, and called up “The Girl with the Dragon Tattoo”, a Swedish film, on Netflix. Within 15 minutes I was hooked, subtitles and all. The film is based on Stieg Larsson’s novel of the same name, and is phenomenal. It’s a fast-paced thriller that kept my interest from start to finish. Directed by Niels Arden Oplev, “The Girl with the Dragon Tattoo” tells the story of a disgraced journalist who is hired to solve the mystery of a woman who disappeared 40 years earlier. Mikael forms an unlikely alliance with a computer hacker named Lisbeth Salander as he delves into the dark history of a prominent Swedish family. Lisbeth, meanwhile, must sort through her own demons, particularly involving her parole officer.

Strong performances by the main actors are what drive the film. Michael Nyqvist portrays Mikael as a strong, morally upstanding reporter that is determined to see his job completed, despite facing multiple setbacks.

It is Noomi Rapace’s performance as Lisbeth, however, that makes the film what it is. She is absolutely haunting. Her appearance itself is striking, with several piercings and tattoos (including the dragon that covers her entire back).  But, it is her facial expressions that really give insight to the character. Lisbeth frequently stares at another character or the audience; her eyes are cold, but not unfeeling. She’s plotting, processing or possibly just staring into your soul.

For most of the film, Lisbeth is a fascinating mystery. I didn’t understand why she would help Mikael, or what caused her to be sent to a mental institution as a child. The answers are alluded to at the end of the film, but revealed in full in the two sequels.

I saw all three films in the trilogy, but this one is my favorite. It’s a self-contained story, whereas the second and third films play off events that happened in the first. All three are good, but the first is in a class of its own.

There will be an American version, to be released later this year with Daniel Craig taking on the role of Mikael, and Rooney Mara as Lisbeth. Physically, Craig should be fine; he and Nyqvist look so similar that they could be brothers. It’s the casting of Mara that concerns me. I’ve seen pictures of her in costume, and it doesn’t look promising. But, to be fair, I don’t think anyone can play the role better than Rapace did.

Fri Apr 1 , 2011
My family is a Costco family.  In fact, four out of the six clothing items that I am wearing right now are from Costco, and that doesn’t include my mascara, which is also from Costco.  We love Costco! Costco, Costco, Costco. Now, being a Costco customer comes with its pros and cons.  One pro would […] 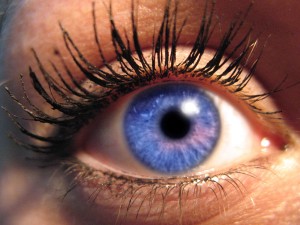