My family is a Costco family.  In fact, four out of the six clothing items that I am wearing right now are from Costco, and that doesn’t include my mascara, which is also from Costco.  We love Costco! Costco, Costco, Costco.

Now, being a Costco customer comes with its pros and cons.  One pro would be that I don’t have to make a decision about what kind of mascara to buy because they only sell one brand at a time.  A con would be that when I went to Stop&Shop over spring break to buy new mascara (because I stayed on campus and New Paltz has no Costco), I was severely overwhelmed and faced one of the toughest decisions of my college-student life. (That was a grand exaggeration, but you get the point).

There was an entire section dedicated to mascaras, but that wasn’t the overwhelming part.  Each brand had an entire line of mascaras to choose from.  Now, I’m that girl who stands on line at Starbucks and repeats “hmmm” for five minutes before she decides what size coffee she wants, and then repeats “umm” while trying to choose between hazelnut and vanilla.  So, you can imagine my stress at the sight of the mascara-depot.

Maybelline was the most confusing.  Will somebody PLEASE tell me the difference between “XXL,” “Ultimate,” “Colossal,” and “Voluptuous.”  What a headache!

So this got me thinking. Is there a difference between mascaras?  Experiment time!

Why these products?  I collected them from my friends.  I’m not about to go spend 30 bucks on mascara. Sorry, folks.

The procedure: I asked Jackie to alternate applying mascaras so that I could examine and take notes on them.  I also had my roommate, Jamie Staab, third-year Sociology major, take notes so we could compare. The findings (agreed upon by both myself and Jamie):

Maybelline Volume Express® One-by-One Washable Mascara coated Jackie’s lashes so that a few clung together at a time to create a look of thicker lashes.  The product was smooth and very dark.

Maybelline Full N’ Soft Mascara seemed to clump groups of lashes together as well.  However, Jackie’s lashes appeared much longer with this product.

Rimmel London Sexy Curves Waterproof Mascara seemed to have a thicker volume than the others, but it made Jackie’s lashes appear less natural.  Maybe it’s better for clubbing than day time?

BareMinerals Flawless Definition Mascara was the most natural-looking mascara.  It made Jackie’s lashes appear long, full, and feathery without lumping groups of lashes together.  However, it was not as dark in color as the others, so it had a less dramatic affect.

Discovery:  There is a difference between mascaras.  Have fun exploring the mascara-depot!  I’ll stick to Costco, thanks.

PS: Jackie would like to remind everybody not to pump your mascara applicator into its container; doing so generates a lumpy mess.  Also, don’t experiment a bunch of mascaras at one time; she woke up with very red eyes.  Oops. 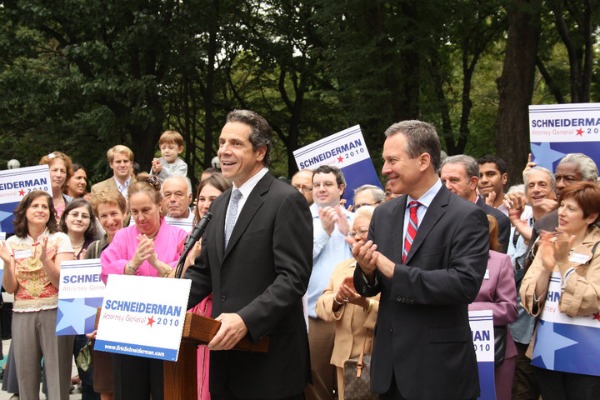