Sunshine is in the forecast for SUNY New Paltz’s energy-independent future.

The school will soon receive two new photovoltaic solar panels, according to Director of Facilities, Operations and Maintenance Brian Pine.

The five kilowatt solar array is expected to be installed by the end of May, Pine said, although the exact date is tentative. The panels will mainly provide electricity for the campus fleet of 9 Polaris Global Electric Motorcars, or GEM cars, and the school’s electric truck. According to Pine, the cost to run the GEM cars is only four cents per mile. “This is a very exciting project, which will allow us to charge our electric-powered vehicles using energy from the sun, therefore further reducing our campus dependence on traditional energy sources,” Assistant Vice President for Facilities Management John Shupe said.

Shupe said the GEM cars are used for maintenance activities, tours and transportation for the handicapped. They are currently charged by electricity from Central Hudson Gas and Electric Corporation.

Unlike the school’s two other solar arrays, located on the roofs of Resnick Engineering Hall and the Athletic and Wellness Building, the new solar panels will be freestanding. They will be located in a grassy area behind the GEM carport in the Service Building parking lot.

Pine said although the total cost of the solar array is $27,749, the cost to SUNY New Paltz will be zero.

According to Pine, The New York State Energy Research and Development Authority will provide an $8,750 credit towards the project, and the remaining $19,999 will be offset by a grant from Central Hudson. The system is expected to generate 5,852 kilowatts annually, which amounts to $591.05 worth of electricity per year, according to Lighthouse Solar, the company which will install and monitor the panels.

“Whatever power is left over will get rerouted for use on the campus,” Shupe said.

Lighthouse Solar estimates the GEM cars use about 5,500 kilowatts of electricity per year, which means that 6.4 percent of energy produced from the panels could go towards the general campus grid. The panels will not generate electricity at night, when it is dark, or on very cloudy days, Pine said.

Pine explains the “coolest” part of the solar array is the Lightgauge Data-Monitoring system, which will allow the school to monitor the production of the solar system as well as the electricity consumption.

“It’s an excellent project,” said Brian Obach, professor of sociology and chair of the campus Environmental Task Force. “It really represents a way in which to meet campus needs in environmentally sustainable ways.” Obach said this project is the first of many steps in the right direction SUNY New Paltz should take to reduce our carbon footprint.

“I am in favor of any project which leads to the elimination of fossil fuel burning vehicles on campus,” he said. “I am of the belief that all spending by the school should be made with environmental sustainability in mind.”

A Green Kind of Clean

Thu Apr 19 , 2012
In a sea of Birkenstocks, local farmers markets and awareness-raising bumper stickers, it comes as no surprise to most that the community of New Paltz holds the environment in high regard. “Sustainability doesn’t take breaks, you know?” said Brian Pine, the director of Facilities Operations and Maintenance at SUNY New […] 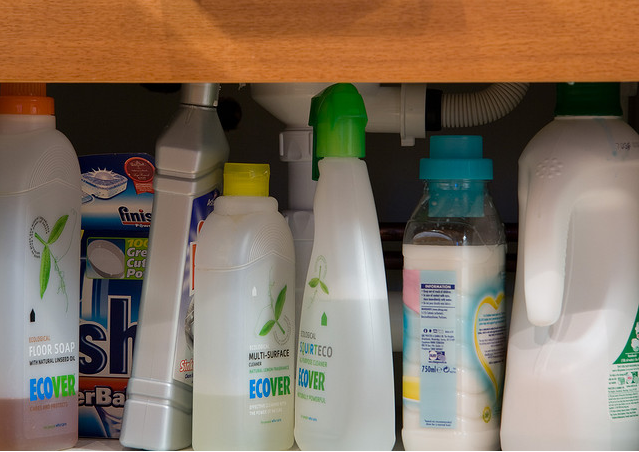