“There will always remain the reality of the Holocaust, and with that, the task of explaining it,” said Gerald Sorin, director of Jewish studies at SUNY New Paltz, addressing a packed room in the Lecture Center Wednesday evening.

New Paltz observed the Day of Remembrance with a reading of victim’s names in the Sojourner Truth Library courtyard.

Rev. Gwyneth Murphy and Rev. Diana Smith of the Student Christian Center directed the event by distributing sheets that included full names of victims and where they died. Beginning at 11 a.m., pages of names were handed out to anyone who wanted to read them aloud.

Passers by of all ages took part in the reading, including a number of students who stopped while on their way to or from class.

“It’s important to remember these people who perished in such a horrible way,” said Joanne Bernardo, a secretary of academic affairs at SUNY New Paltz.

50 sheets were read Thursday, each of them containing the names of 100 victims. In total, 5,000 names were read in less than two hours.

The list of 5,000 names, was symbolic of all the victims of the Holocaust directly from the Holocaust Memorial Museum in Washington D.C.

The museum also selected a theme for the week. This year it was “Choosing to Act: Stories of Rescue.” In a similar fashion, on Wednesday, the Louis and Mildred Resnick Institute for the Study of Modern Jewish Life held its 24th annual Holocaust memorial lecture in Lecture Center 104. “Children in the Holocaust and in Their Later Years” was the topic.

Ford is the author of the book “After the Girls Club: How Teenaged Holocaust Survivors Built New Lives in America.” The book is about a number of women, who after surviving the Holocaust, moved to Brooklyn and lived in what was known as “The Girls Club,” a building that was sponsored by a child welfare organization and housed mostly young Jewish women coming to United States for the first time.

It was a goal of Ford’s, to negate the idea that these survivors were “damaged beyond repair.” She spoke of how many of these women have gone on to live very successful and fulfilling lives, putting down their burdens, despite their obstacles. One woman featured in Ford’s book now regularly goes to Jr. high and high schools to talk about her experience.

She told Ford she “survived for a purpose.”

Parts of the lecture contained painfully harsh details of some of the tragic circumstances that many of these women in Ford’s book were living their adolescents under. Ford acknowledged that it wasn’t easy to write or tell these people’s stories, but understood the importance of doing it.

“If they were able to live through it, how can you not write about it?” asked Ford.

But somehow not withstanding the stories of affliction, Ford’s message, as well as her frequent use of Yiddish words, proved to bring about a sense of camaraderie and hopefulness.

She explained that is wasn’t about having a “pity party” or being “pretentious,” but instead about “awakening ourselves,” and recognizing genocide in our day.

Carbon Footprint: How to Reduce and How Students Reduce Theirs

Thu Apr 26 , 2012
When asked about how important reducing carbon footprint is, David Kamerman, a third-year history major at SUNY New Paltz answered without hesitation. “It’s probably the most important thing you can do,” Kamerman said. “Other then breathing of course.” What is a carbon footprint? Sociology Professor Brian Obach, who has been […] 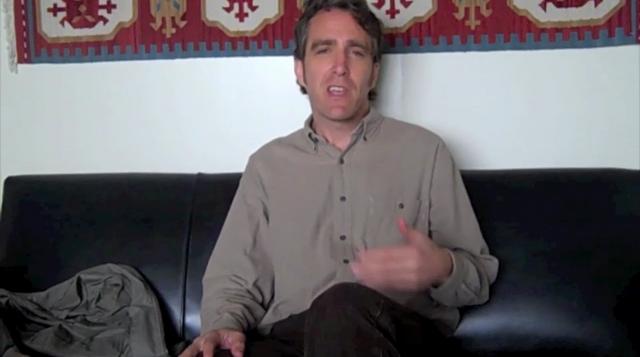