New Paltz town leaders are up in arms over a property tax exemption granted by the county government to the private company set to build student and faculty housing at SUNY New Paltz.

“For all intents and purposes, the project is dead, as far as it stands now,” New Paltz Town Board Councilman Dan Torres said.

However, WIlmorite could sue the New Paltz Town Planning Board for its refusal to grant Wilmorite the right to build, according to Torres. The New Paltz Town Board could also counter-sue the UCIDA for granting the exemption. The issue is hugely contentious in the Town of New Paltz, where more than 450 people showed up to a hearing about the issue, according to Town Board Supervisor Susan Zimet. The vitriol over Park Point and the PILOT exemption is related to how the development will economically impact the town, whether the exemption is being used justly, and how County officials have been treating the denizens’ grievances.

In a letter to Michael Calimano, the chairman of the New Paltz Town Planning Board, SUNY New Paltz President Donald Christian argued that Park Point was necessary for “the future vitality of our college.” He pointed out that the university was unable to offer transfer students housing “since at least 2007,” and the lack of housing deterred transfer students from coming to New Paltz, or forced them to commute. In a separate letter addressed to faculty and staff last August, Christian reiterated that “SUNY New Paltz does not have the capacity or the intention to grow undergraduate enrollments.” Instead, Park Point should be built because current on-campus residence halls can only house 45 percent of students, Christian wrote.

The purpose of PILOT exemptions is to encourage economic development that will benefit the “economic welfare of the people of the State of New York, to improve their prosperity and standard of living, and to prevent unemployment and economic deterioration,” primarily through job-creation, according to the text of the law.

“The purpose of PILOTs is for job creation … basically to help to bring good jobs into a community,” Zimet said. “Outside of construction jobs … eight jobs are being created [by Park Point].”

Torres pointed out that Wildberry Lodge, a hotel proposed in New Paltz, would bring 250 permanent jobs to the town, yet developers of that project had not requested property tax breaks.

Wilmorite has assessed Park Point at $53.4 million. If the development were to be fully taxed, Wilmorite would end up paying $1.7 million in property taxes a year. Under the PILOT, Park Point would pay $750 dollars per year per bed–a total of $522,000 a year, saving Wilmorite almost $1.2 million annually.

“When Wilmorite first started this project, there wasn’t any [Category] five … So they went and they changed the rules while this project was coming forward,” said Torres. “I think you can see how some would be a little skeptical about how that would come about.”

Torres went on to say that New Paltz was the only municipality in Ulster County to have dorms, and therefore the only place that Chapter Five could apply. However, the sub-exemption can also apply to nursing homes.

Wilmorite actually sought to pay much less than the $522,000 it now must pay in lieu of full taxes. A letter from Wilmorite attorney Shawn M. Griffin to the UCIDA shows that Wilmorite wanted to pay $450 per unit–the lowest possible under a Category 5 PILOT–instead of the eventually agreed-upon $750 per unit.

“It’s the number of students that are going to have the impact on the [town] services, not the kitchen,” Zimet said.

Wilmorite representative Tom Daniels said, “we were initially disappointed,” by the decision to define a unit as a bed. “We had read the policy different, but we’re pleased the UCIDA took the action it took, we accept their decision on this.”

One of the major issues between the Town Board and Wilmorite is their perception of how Park Point will economically impact the town. At the center of this are conflicting studies – a Financial Impact Assessment (FIA) ordered by Wilmorite, and a review of that assessment.

Kent Gardner, who authored the review as the Chief Economist of The Center for Governmental Research (CGR), a non-profit, explained how the system of financial assessments works.

The Wilmorite FIA was written by Camoin Associates – who could not be reached for comment – and suggests the town would benefit from the building of Park Point, even with the tax exemption. The assessment also stated that town emergency services would not be significantly impacted by the development. The CGR’s review criticized the numbers Camoin used and provided sets of its own. The conclusions of the two reports varied wildly. For instance, Camoin’s study stated Park Point would produce $17,224 worth of new public safety expenses. CGR’s numbers said the development would produce up to $279,000 worth.

When asked why the Camoin FIA’s conclusions painted such a rosier picture of Park Point’s impacts than his own, Gardner asked, “Who’s paying the bill?”

Wilmorite representative Tom Daniels refused to comment on the discrepancies between the reports.

Town Board officials expressed anger at how the UCIDA treated them during hearings held in New Paltz – which almost 500 town residents attended, nearly all of them against the tax exemption. Special vitriol was saved for Steve Perfit, the UCIDA’s treasurer.

Perfit stated during the hearing that there was a ‘silent majority’ in New Paltz supporting the tax exemptions.

“Steve Perfit just described perfectly why people are so cynical about government,” said Torres. “There are people who showed up at a public hearing and spent hours waiting to speak…but what Steve said was that unnamed people, who he did not know…their opinions mattered more than the 100s of people that came out.”

“The UCIDA completely ignored the will of the people,” Logan said.

The Park Point controversy is currently at a standstill. One of the parties would most likely have to sue the other for the stalemate to be broken.

“The town could potentially sue the UCIDA on how they established the Category 5 [PILOT] in the first place, on how they came up with the terms,” said Zimet.

In mid-April 2014, the Town Board requested all documents related to the application of PILOT to the Park Point Development. When the university was asked whether it would stick with Wilmorite even if the company sued the university’s host town, the following response was given via Melissa Kaczmarek, New Paltz’s Media Relations manager: “The College is committed to the project with Wilmorite and the need for housing has not diminished. The next steps in the approval process rest in the hands of the developer and the town. We are pleased the Ulster County UCIDA recognized the value and contributions that SUNY New Paltz brings to the region’s economy.”

How to Plan a Proper Road Trip on the Cheap

Thu May 8 , 2014
Click the heart on the image to view a road trip photo story filled with practical tips. 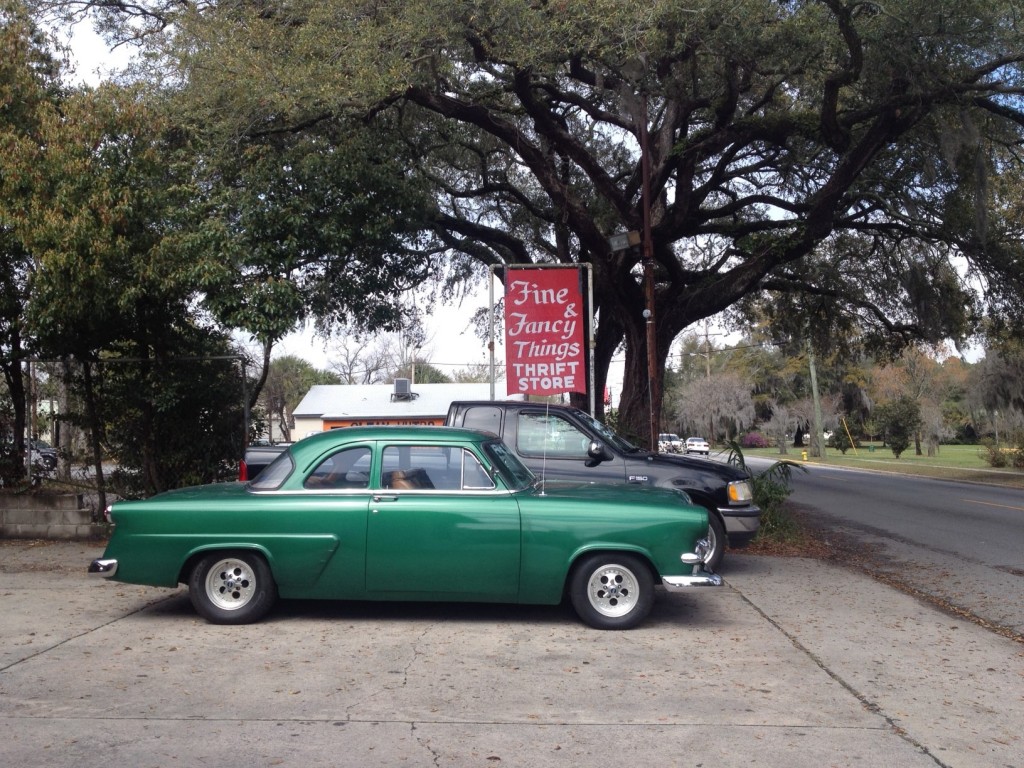