Smokers surrounding the Humanities Building will have to find a new place to light their cigarettes next year when SUNY New Paltz will institute its first-ever tobacco-free policy on Jan. 1, 2014. The policy was approved by the SUNY board of trustees in June 2012.

The ban on tobacco substances, which includes cigarettes, cigars, snuff and chewing tobacco, is an effort to bring nicotine addiction awareness onto SUNY campuses. New Paltz is among the 64 institutions to have the policy in effect next year, but not without criticism from the campus community.

Michael Carey, a third-year biochemistry major, said the ban is a dreadful rule and he doesn’t plan on following the policy. He expects protests from students.

“I think it’s just going to cause more drama amongst authoritative and student interactions,” he said. “Everyone is going to play the ‘I have a right to do what I want with my body’ card.”

Carey, who started smoking in high school, said the ban will be hard to enforce because of crowded walkways, where most students on campus smoke between classes and in front of academic buildings. It’ll be difficult for university police to catch students in the act, he said.

Since the board’s announcement of the ban, only four campuses — Buffalo, Canton, Cortland and Upstate Medical College – have enacted the policy. However, recent news articles said that those campus communities have seen little change, said David Rooney, vice president of student affairs.

“It’s not going to be different from any other campus,” he said. “It’s sort of a soft rule. I don’t know how we’ll enact enforcement until the laws change.”

Rooney said he is for the ban because of the board’s concerns of student health, but said if students are told they can’t smoke then there needs to be some form of education to stop smoking. The college is only providing alternatives to tobacco products for students who want to quit smoking.

Students who wish to take the policy seriously and seek medical assistance to end their current smoking habits may receive nicotine replacement treatments or medication to decrease addiction. An evaluation with health professionals at the center is needed before recommendations, said Dr. Richard Ordway, director of the Student Health Center.

“The products are supposed to help them [students] throughout the day if they don’t want to quit,” he said.The products will be sold by the Student Health Center, but the prices of these products are still being decided, he said. After an evaluation, students may receive nicotine patches, inhalers or nasal sprays to help them fight the urge while on campus. However, this still doesn’t sit well with smokers.

Jenny Sclafani, a communications disorders major, appreciates that the college is implementing strategies to help students quit the addiction. However, the smoker doesn’t think that the ban will push students to stop smoking especially if enforcement is an issue, she said.

“They can’t even keep tabs on people who smoke within a 50 feet radius from the building,” the 21-year-old said, referring to the current policy, where smokers are to stand 50 feet away from buildings to avoid smoke from getting in through windows and doors. “There are signs that say you cannot smoke that close but honestly if it’s raining out, I’ve leaned against a door and smoked because I don’t want my cigarette to go out.”

She said she has never been reprimanded or received a ticket for standing within 50 feet of a state building while smoking. She also can’t see university police chasing after students with fines for smoking on campus. Neither can Rooney.

He said university police are not trained to give smokers tickets on campus because it’s not a law as of right now.

Thu Apr 25 , 2013
We need to take back our water. Its time to get disposable water bottles off our campus. On April 29, at noon in SUB MPR, come sign our petition and show support for a cause worth making noise about. Pressure SUNY New Paltz administration to renovate our water fountains, and […] 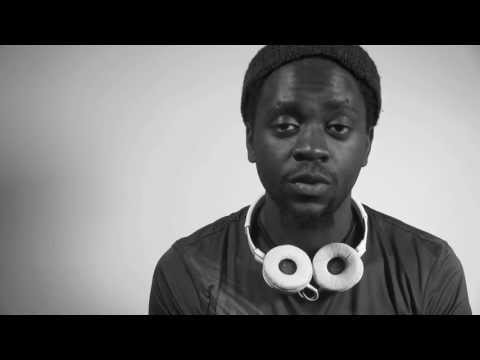