Kelly Morehead, a third-year English literature major, had just transferred
to SUNY New Paltz and had only been living on her own for a week the morning she
was displaced from her apartment because of flooding.

“Once I had gotten everything the way I wanted it and all my stuff put away,
we were evacuated,” Morehead said.

Morehead lived in Town and Country Condominiums on Huguenot Streetin a
basement apartment with her roommate when the Wallkill River flooded because
of Hurricane Irene. At its peak, the river came up to 18.92 feet in Gardiner,
according to the National Weather Service.

“I got an email that morning from my landlord saying to get our stuff out
because the river was flooding. Not 10 minutes later there was a knock on the
door and a woman in a poncho told us we had to get out now because we were being
evacuated,” Morehead said.

Morehead grabbed what she could – some clothes, her laptop, guitar, pictures,
and her stuffed animal. She and her roommate could see the murky water out of
their window creeping up the lawn and knew they had to get out. She later found
out that she wouldn’t be able to return to her apartment for at least three days
if not more.

“I wish I had grabbed more clothes instead of the beer,” she said.

Morehead spent the next four nights sleeping on friends’ couches. If her
roommate did not have a place they could go to, Morehead would have been stuck
on the floor of the Elting Gym. She could not even go home because the Thruway
had been shut down.

When Morehead and her roommate arrived at their apartment the next day, they
could not even get to the door. The water was up over the door handle. When
the water had finally drained after a few days of anxiously waiting, what they
found was worse than what they had imagined. All of the furniture was moved
about the room and destroyed by the water. The fridge had even been lifted up
and toppled over so they could not enter their kitchen. There was a layer of
dark brown filth on the floor and a stench so bad that Morehead could only
describe it as “dead things.” The water had gotten up to over 5 feet high in
their apartment.

“Everything I owned was lost, everything I had from home was in there,” Morehead
said.

She claims that she lost at least two thousand dollars worth of property, a lot
of that being in her wardrobe alone.  As for things she could save, there was
not much.

“There was a shelf in my closet that was high enough that I could save my books.
The homework that I left on my bed was fine too. The bed must have floated and
kept it intact,” Morehead said. The scene outside the apartment told a similar story for the rest of the residents.
There was someone handing out FEMA applications and there were special suits for
all the residents to share to protect them as they went through the apartments.
Morehead also said that a neighbor had called the cops on her, her roommate and
their friends who were helping them, thinking they were looters when they were
trying to salvage what they could from the apartment.

Morehead’s next task was to find somewhere to live. She was not going to be able
to return to her apartment because the damage was so extensive. She was, however,
given back a week’s worth of rent for August and her security deposit. She said
the process was difficult and stressful, which caused a bit of tension between
her and her roommate when finding a place to live.

“My roommate wanted to jump for the first place we saw just so we would have
somewhere to live, but I didn’t like the landlord and knew if we waited just a
day or two we could have a better place,” she said.

Morehead was right. The two of them found a house 2 miles from campus that they
now share. It is a relief for her after an entire week of living in a motel and
traveling back and forth from home to replace essential things that were lost.

She says there is not much she would have done differently, except maybe bring
a lot more than she did out of the apartment, especially clothes.

“I think I did the best I could with the time I was given to get out of there,
I just wish I had brought enough clothes with me,” Morehead said. She did say that she still would not have gotten the flood insurance that was
offered to them when they had moved in because it was too expensive, even though
they did end up getting flooded.

“Even in the unluckiest parts, it wasn’t as bad as it could’ve been. We weren’t
a family that lost their entire home,” she said.

Thu Sep 22 , 2011
What does family mean to you? This was the question asked to the students of the Spring 2011 Literature of Journalism Class. In response, the class individually wrote first-person short stories documenting scenes of interaction between themselves and members of their families. The Literature of Journalism class analyzes the technique […] 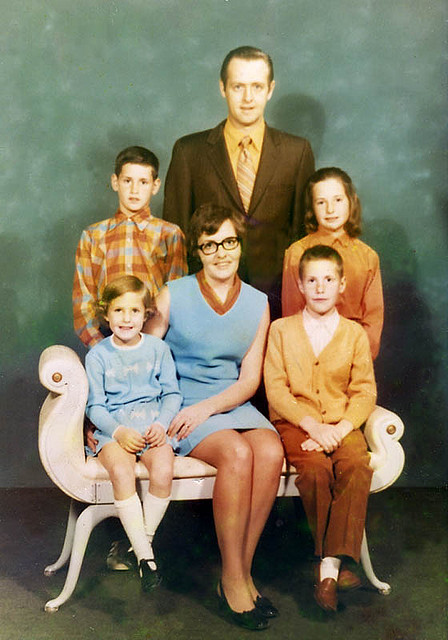