Geologists from across the North-eastern U.S. gather at the Geological Society of America conference every spring to share their research.

“We used Ground Penetrating Radar (GPR) to map it out,” Bartholomew said. “What we’re able to tell [with the data] is how the cave formed.”

Stretching three-fourths of a mile, half of the cave is submerged in water, normally impossible to map.

“The science behind it is amazing,” Garin said. “There’s a bottleneck in the cave where the water pressurizes and breaks the limestone [in the cave] apart, which forms the cave.”

Garin also gave presentations on the recent flooding in the area from Hurricane Irene. His presentation included information on green infrastructure practices implemented on campus, such as the bio-swale garden near the Student Union Building and the porous parking lot extension on Route 32, which help manage runoff from storms and water quality.

Bartholomew presented his own research at the conference.

“I work on the rocks in the Catskills,” Bartholomew said. He presented research on the Acadian Orogeny, a mountain building event which effectively created the Catskills.

This talk focused on the massive expansion of life during the Devonian era, which Bartholomew said began with small plants, and maybe millipedes, but ended with massive trees and flourishing wildlife.

Overall, the conference was a success for the professors and students who attended.

“It was great to see a representation of the field, to meet and hear the people in the profession,” Garin said.

The GSA also hosts international conferences, the last of which was held in October in Vancouver, Canada. A quick recap of this event can be found at www.newpaltz.edu/geology/ in the news section.

Thu Sep 18 , 2014
As acts of public violence occur frequently on college campuses across the country, SUNY New Paltz responds with updated safety plans for faculty, staff and students. Emergency management at the university is a response to the tragic events at Virginia Tech and other higher education institutions. SUNY New Paltz administrators look at […] 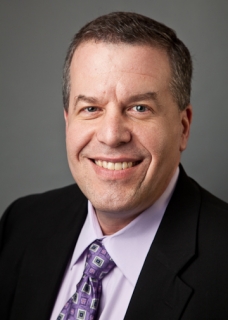