SUNY New Paltz gained notoriety last year when it was rated the nation’s hottest small state school by the 2008 Kaplan/Newsweek “How to Get into College” Guide. This could be a blessing and a curse for students living in the school’s residence halls.

Lenape Hall, built in 2003, was designed for triples. However the older dorms, Shango and Scudder, were intended to have only two residents in each room.

Phil Diekroger, a first-year student at New Paltz, is worried about the effect of another large freshman class.

“The current living conditions are tolerable, but more tripling up will put it over the edge,” said Diekroger. “If they triple up the rest of the dorm, I’ll never sleep.”

The increased population in the dorms has compounded many basic issues of sanitation and noise control.

“There are already lines for the bathrooms, laundry room and communal showers,” said Anthony Chin, a first-year student.

Chin said he thinks more unsupervised teens will increase the likelihood of students vandalizing and trashing the dorms.

“People urinate and defecate on the walls and floor in the bathrooms,” said Chin. “It sits there all weekend.”

The school cleans the bathrooms daily during the week, but on the weekends they are left untouched.

SUNY enrollment jumped after the economic crash in 2008 which caused an even larger upsurge in applications to state colleges. At New Paltz, applications increased by 12 percent in 2009.

“Even though there will be a serious increase in applications, I have been assured that the class will actually be smaller than last year by around 100, so that’s a good thing,” said Rafael Calderon, the coordinator for housing operations.

The large freshman class wasn’t the only reason for this year’s predicament.

“It wasn’t just that more students were accepted, it was also that we had the most returning students sign up for rooms for Fall ’08,” Calderon said. “We also had a large international student class.”

Not all students said triples are a problem.

According to Calderon, there are still 264 people in triples by choice.

The school hasn’t broken any ground on new dormitories for the fall semester. The simple solution of increasing housing facilities will not be viable in the near future, according to Calderon.

“There is talk of building two new halls but this is very preliminary and there is no time table,” Calderon said.

Fri Sep 25 , 2009
The sheep, cows, horses, goats, ducks, turkeys and pigs soaked up the warmth of the sunshine, seemingly unaware of where they had come from. The rabbits were keeping cool in their wooden houses. In the past six months, most of these animals were forced to leave their homes because of […] 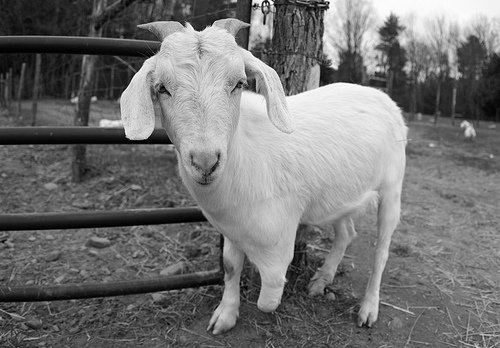