More than a mile long, this pedestrian and cyclist bridge provides an outdoor excursion that connects 25 miles of rail trail in the mid-Hudson valley area. In linking two sides of the river, the bridge is also expected to replenish the economy among local communities and businesses.

This provisional characteristic is a continuing tradition of the bridge’s history. Opened in December 1888, the bridge originally allotted for the traveling of 3,000 railroad cars per day. Even at that time, it increased commerce in the area and provided transportation for US troops during both world wars. In 1974, a fire rendered the bridge inoperable and caused it to lie in submission until 1998 when plans began for the Walkway Over the Hudson.

Construction began in 2007 when sufficient public and private donations were acquired to strip the bridge of its original rails and add concrete planks for the walkway. This park opened in conjunction with the 400th anniversary of Henry Hudson’s discovery of the river.

Thu Nov 5 , 2009
350.org, a grassroots campaign which focuses on stopping the climate crisis, held an event in Hasbrouck Park on Oct. 24 to raise awareness on carbon dioxide levels in the Earth’s atmosphere. Members of the local community discussed issues concerning alternative energy, local foods and cutting waste in order to […] 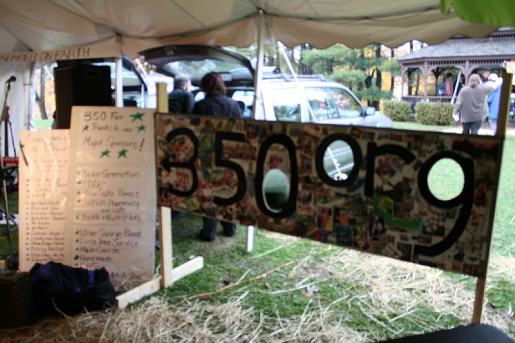