Many upper division language courses at SUNY New Paltz have been cancelled due to this year’s budget cuts. Most language classes are now only offered in two different levels and some have been canceled entirely.

This year the budget cuts have led to the cancellation of Arabic, Latin and Russian. Minimum class size is the primary reason many of these languages were taken away according to Elisa Davila, head of the Foreign Language Department. The class size for foreign language classes has always been 27 students, but the class size for special topic classes and upper division classes has increased from 15 to 20 last semester as part of the college’s budget cuts.

For the more commonly taken languages, like Spanish, fewer classes were cancelled.

If students wish to take a less popular language for their major, they may find that only one or two levels of the course are being offered. In some cases, that language may have been eliminated altogether. Many students are being forced to find a replacement for their language class.

The cancellation of classes is not the only problem. Some classes, like the Intermediate Italian 2 class, are only offered in the spring semester.

Jamie Biglow, a double major in art history and history, is struggling to learn all of the languages necessary for her major. Some of the languages Biglow needs to take are only offered up to the intermediate level and some are not taught at all.

“The lack of language classes affects my future because I need [to be familiar with] several languages to be a successful art historian,” Biglow said. “Aside from Italian, I will also be taking French and I desperately need to take Latin, which New Paltz does not offer anymore.”

Davila said since the school is offering fewer courses with larger class sizes, students will be discouraged from taking languages and it will take them longer to graduate. She also said that having a large class size in a foreign language class is not educationally sound.

“There are two solutions to this problem,” Davila said. “We need more money to hire more teachers and we need to be able to offer more courses with smaller enrollments.”

Fri Sep 25 , 2009
SUNY New Paltz gained notoriety last year when it was rated the nation’s hottest small state school by the 2008 Kaplan/Newsweek “How to Get into College” Guide. This could be a blessing and a curse for students living in the school’s residence halls. The increased prestige led to an additional […] 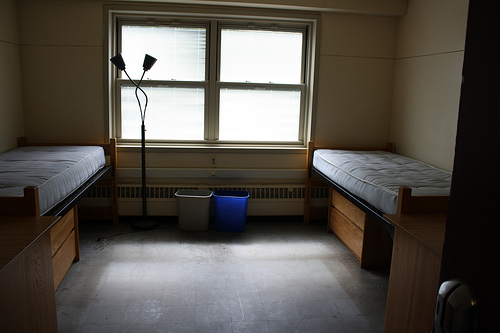