Wages in the Hudson Valley are falling further and further behind the average rent for the area, according to a 2013 federal study on low income housing.

The study calculated that the average rent for the area, or Fair Market Rent (FMR), for a two-bedroom unit requires hourly wages that are out of reach for low-income renters, especially for 20-somethings, large families and the elderly. For example, in Putnam and Rockland county, an hourly wage of $28.35 is required to afford a FMR unit. Just shy of that is Westchester at $28.23 an hour. Then, there are Dutchess and Orange counties at $23.29 an hour.

Right here in Ulster County, this number is lower but not by much. As of 2014, based on a 40-hour work week, 52 weeks per year, the hourly wage required to afford a two bedroom apartment is $20.42.

The reality is, renters aren’t even earning half the hourly wages needed to afford a FMR unit. The average hourly wage in Ulster is just $9.20. This requires an 89-hour work week, 52 days a year just to meet rent, leaving no extra money for other necessities, let alone family time.

This, coupled with the fact that there aren’t enough affordable options, has left many unable to live in the Hudson Valley. More than half of renters in eight counties throughout the region are unable to afford rent for a two bedroom apartment: in Ulster, 65 percent; Rockland, 62 percent; and Putnam 61 percent, to name a few.

Rentals can be convenient because they support the uncertainty of today’s job market, as the Pattern for Progress, a Hudson Valley non-profit housing solution organization, pointed out in a recent housing report. Relocation to a different city is simple, as the renter doesn’t have to worry about going through the process of selling a house.

However, none of this is helpful when there aren’t enough rentals to support the demand.

Because of this issue, organizations throughout the Hudson Valley began working with clients who struggle to find affordable options.

“There are many reasons why people are housing challenged. For example, there are seniors whose incomes have dropped, but their expenses have not. Then there are single mothers and the disabled,” said Joan Lawrence-Bauer, director of communication and resource development at RUPCO.

RUPCO did a study which examined how many of Ulster’s 24 cities and towns had the proper amount of affordable housing.

The result? Zero – and it’s not improving any time soon.

By 2015, Ulster County will be an estimated 2,796 affordable units shy of demand, according to the Ulster County planning department.

This is where RUPCO has tried to help.

However, it isn’t easy to get assistance; RUPCO has a current wait list of 1,550 people. As the demand for the program’s services goes up, the number of people helped continues to decrease.

“The last time we opened the waiting list was in January 2010. Within 30 days, 1,400 people had tried to get onto the waiting list. The list has not been open since then,” Lawrence-Bauer said.

Natasha Grant, mother of four, was one of the few able to get on the waiting list in 2005. At the time, she was paying $750 a month for an apartment in Kingston. She worked as a waitress and went to school, while her husband drove a school bus. Bringing in $200 a week, the family lived paycheck to paycheck.

With each month came more debt.

Grant and her husband finally received RUPCO assistance in June 2007, after spending three years on the waiting list. The family then moved to the Birchwood Village Apartments in Kingston, where rent was $680 per month. Even though rent was cheaper, the Grants still wanted to buy a home.

Through one of RUPCO’s programs, the Grants were able to buy a home in Kingston. Once clients have been receiving RUPCO assistance for one year, they are qualified for the program, which issues bonds. The Grants received about $30,000 in bonds, which they used for the closing on the house and to pay off debt.

Grant got her bachelor’s degree and currently works in human services where she helps people who are experiencing the same housing struggles she once did.

“Without housing assistance I would not have been able to go to school or buy a house,” Grant said.

One of Grant’s clients she assists through her work in human services is a manager at McDonald’s and earns an hourly wage of just $8.75, similar to what she was earning as a waitress in 2005.

“And that’s as the manager! That’s ridiculous! It’s just a mess,” Grant said.

Although a sense of hope blooms from the willingness of organizations like RUPCO, the discouraging realities of affordable housing don’t seem to be going away anytime soon: there are hundreds of people like Natasha out there who will not receive housing assistance and will continue to struggle.

Wed Sep 17 , 2014
Ulster County Dog Park from The Little Rebellion on Vimeo. NEW PALTZ – Ulster County will have its own dog park at the end of September after nearly five years of dog owners rallying. Danielle Cardella, the former board president of For Paws of Ulster, remembers when the organization was in its […] 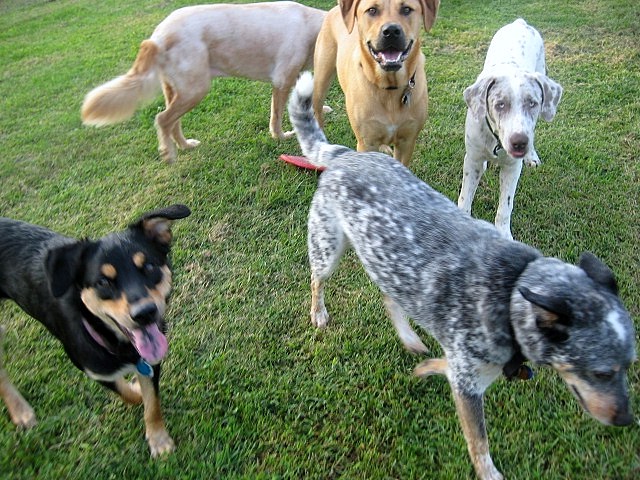