350.org, a grassroots campaign which focuses on stopping the climate crisis, held an event in Hasbrouck Park on Oct. 24 to raise awareness on carbon dioxide levels in the Earth’s atmosphere.

Members of the local community discussed issues concerning alternative energy, local foods and cutting waste in order to help the environment. Music, face painting and a recycled fashion show proved there was no better time to go green.

The event was coordinated with several similar events across the globe as a planetary day of action. Here in New Paltz, it was a day of action, awareness and education.

At its roots, 350.org is truly an international campaign that has taken on the task of gaining the attention of the public, media and politicians. The campaign hopes to accomplish this by December when world leaders will meet in Denmark to decide on a new global treaty for emissions.

“350 parts per million” is a statistic emphasized by the campaign in an effort to educate people. According to climate scientists, this number represents the acceptable amount of carbon dioxide that the Earth can handle in the atmosphere. Increasing carbon dioxide numbers are causing the current climate crisis.

As of September, carbon dioxide levels have reached 387 parts per million. By coordinating its activity, 350.org hopes that leaders will be responsible when organizing the treaty, thinking about what it will mean for future generations to come.

Thu Nov 5 , 2009
The phone rang twice. “I really didn’t want to do this over the phone.” “What mom? What’s wrong?” Nicole Porter asked. “I was going to wait until you were home next, but I really thought you should know.” There was a pause on the line. “I have breast cancer,” her […] 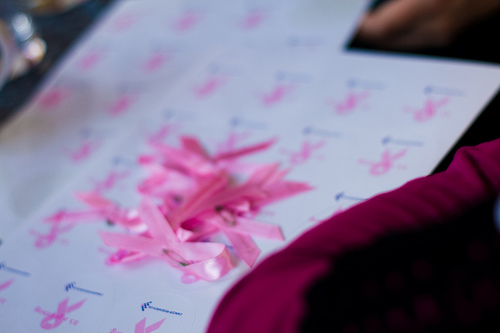