“I really didn’t want to do this over the phone.”

“I was going to wait until you were home next, but I really thought you should know.”

There was a pause on the line.

“I have breast cancer,” her mom said. “It’s really aggressive. I’m scheduled for a double mastectomy in two weeks.”

She couldn’t look at herself in the mirror anymore.

She had just started her chemo treatments and wasn’t allowed to take her arthritis medication.

She couldn’t do things for herself anymore.

She was a useless monster.

It was right after her mastectomy. Nicole was traveling back and forth from her college classes in New Paltz to her parent’s house in Middletown everyday to take care of her mother.

Nicole walked into the kitchen at 10 a.m. The sink was full of dirty dishes and there was food left on the counter.

She walked down the hallway into her parents’ bedroom to find her mother lying on top of the blankets. She was too weak to pull them over herself.

“Can you make me something to eat?” Her mom couldn’t open cans for herself anymore.

Nicole made soup and opened a can of Ensure.

She made her way around the house. There were piles and piles of dirty clothing on the floor. She did 10 loads of laundry that day.

She came back out into the living room and noticed that her mother’s plants were brown, the leaves falling off. The things that Patricia cherished most in the house were dying because she couldn’t carry a watering can anymore.

Nicole peeked into her mother’s room one last time.

“Do you need anything else? I need to get back for class.”

“I don’t want my hair to fall into the food,” Patricia said to Nicole.

It was Christmas Eve, and Patricia’s chemo treatments were taking effect. Her hair was falling out in handfuls, and being the traditional Italian that she was, she was more concerned with the food she cooked for her family than with her appearance.

“I want you to shave my head. I don’t want your father to do it,” she told Nicole.

Patricia was a hairdresser so she had all the supplies they would need. Nicole brought her mother into the bathroom and sat her in front of the mirror. She put the cape around her mother’s neck.

Bits and pieces of hair began falling to the floor around her feet.

“You missed a spot,” her mother said. “Make sure you get everything.”

When the job was finished, Nicole turned the buzzer off. Patricia ran her hand over the fuzz on her head. She walked into the kitchen

“Oh my God, you look like Sinead O’Connor!” Her husband said.

Nicole searched on the Internet for a picture of the musician to show her mother.

Patricia felt attractive to her husband again, and she felt for the first time in a long time everything might be alright.

Nicole had prepared dinner for her boyfriend and her parents at her apartment. Once they got there, they all began drinking.

Patricia was wearing a short, brunette wig. She wore a leather coat and a scarf to cover the breasts she no longer had.

Her mother was beginning to feel the effects of the alcohol when she tore her wig off.

She picked it up and put it on her daughter’s head and started to laugh. They all took turns putting the wig on and taking pictures, even Steve, Nicole’s boyfriend who hadn’t known the family that long.

At the end of the night, after Patricia had had a little too much to drink, and they were ready to leave, she headed for the bathroom. After 10 minutes went by, Nicole knocked on the door to make sure her mother was feeling alright.

Patricia opened the door and let her daughter in.

“They told me today that I might have lung cancer too. Nikki, I’m not afraid of dying. I’m afraid to leave you behind, to not see you get married and have babies. I’m so proud of you. You’re going to school; you’re making something of yourself.”

Nicole cleaned her mother up and the two went into the living room. Her parents left.

She had managed to keep her tears in until after her parents were gone and finally broke down. She began chain smoking and it dawned on her:

The Porter family was sitting around the kitchen table for dinner.

“The doctor asked me to come in today,” Patricia said. “The lung cancer isn’t cancer, so that’s a relief. And I don’t want to make a big deal out of this because I don’t want to jinx myself, but as it turns out, the breast cancer has gone into remission.”

Thu Nov 5 , 2009
Anthony Chanza sits in his apartment on Greene Avenue in Ridgewood, on a February afternoon. His parents and brother are out. He has class in four hours at CUNY Baruch. His apartment is a one-floor walkup. The vestibule has yellowing walls. His family is the only tenant and their landlord […] 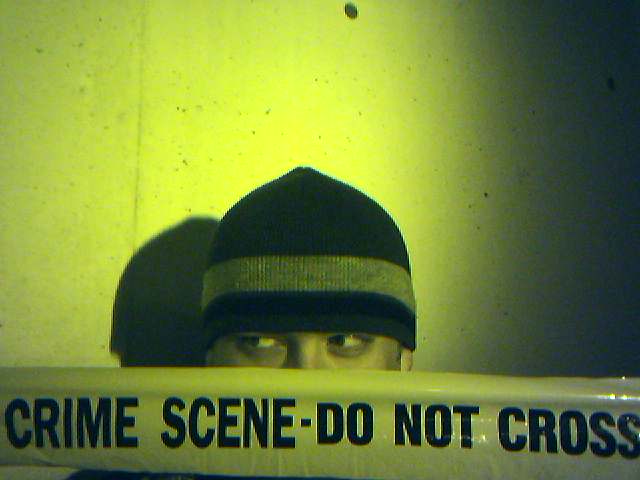