With two stages and 15 hours of live music and art, the fifth annual Forest Fest was back and bigger than ever. A steady flow of attendees flocked by car, shuttle and even bike to enjoy one of the warmest days of the year at the Center for Symbolic Studies.

The non-profit performing arts center, located on River Road in New Paltz, less than eight miles from campus, was transformed on Saturday, May 4. Over 17 vendors set up shop and sold everything from handmade hula hoops to back massages. Music filled the air by 11 a.m. and by mid-afternoon the camping area was flooded with tents.

Third-year international relations major, Elizabeth Lareau was pleasantly surprised by her first Forest Fest. “I’ve just been enjoying the day dancing,” she said. “It feels so intimate, it’s like one big family.”

Attendees enjoyed a variety of music throughout the day with styles ranging from acoustic acts like Jug Paradise to the in-your-face trap style EDM of Luzcid.

Fourth-year art major, Gabrielle Luscher, coordinated an art gallery for the event. With the help of friends and volunteers, she constructed a 30-foot canopy by the lower stage that featured 30 pieces from at least nine local artists. Local artist Andrew Kaminski even allowed festival-goers to paint on his car that was parked next to the gallery.

Luscher has attended Forest Fest for the last three years, and says she’s amazed at its growth in such a short period.

“I love working with Forest Fest because they’re a local organization,” she said. “They bring it home and keep it home. It’s truly evolved into a real festival experience.”

Luscher was among the many artists who collaborated with musicians by making live art during their set. This year she painted alongside funk-rock band, the Fundimensionals and Slits and Tricks.

Third-year finance and accounting major, Sam Zuffante, plays in the DJ duo Slits and Tricks along with his friend Andrew Kitzrow. This was his first year performing at Forest Fest.

“It’s exciting because Forest Fest is something I’ve gone to since freshman year and now we’re helping it grow,” he said.

Slits and Tricks was originally scheduled to play from 1 a.m. to 2 a.m. but time issues had them take the main stage at 1:30 a.m. instead. Their set of experimental and down-tempo funk drew many to dance onstage alongside them, but was cut short by a half hour to an audibly disappointed crowd. “It ended at an unfortunate time during our set,” Zuffante said. “But everyone was supportive and made it clear they enjoyed it.”

Zuffante believes this year’s event was the most impressive yet, but still sees room for improvement.

“I think it could have been a little more organized and taken some stress off the performers, but there’s always room for growth and I’d definitely perform there again.”

Andrew Lynch, a Forest Fest director, has helped the event grow from a backyard party to a full blown festival. The first event to go by the name was organized in 2009 by Brad Gorfein and took place in his yard in Forest Glen.

Friends of Lynch, Mike Steinburg and Heather Ording lived near Gorgein, and had experience throwing festival-style parties in the past. The three decided to join forces along with Megan Grieco, Roman Vinnisc and Lynch.

In 2010, Forest Fest drew around 200 people, but by its third year that tripled. “The cops showed up and were so shocked to see so many people there,” said Lynch. “We ran into some trouble because of the noise and permit issues but they let us finish.”

The team decided that if they wanted to continue, they’d need a better venue. A newspaper in Gardiner also put pressure on organizers when it printed an article complaining about the noise generated by the party.

“We took $2,700 that came from Forest Fest and donated it all to the Family of New Paltz,” said Lynch. “ We wanted to show people that good things can come from one noisy night, so we also sponsored and volunteered at the Turkey Trot that year.”

Giving back allowed the crew some positive exposure, but there was still the matter of finding a location for the upcoming year.

“Forest Fest was already being advertised and we still hadn’t found a venue,” said Lynch. “Luckily Brad came through and said he’d found the perfect place”

The Center for Symbolic Studies became the new home of Forest Fest in 2012. Friends, volunteers and staff all pitched in to get the ambitious site prepared for the festival.

“The property owner chose to have stages built that they would keep and use, so I drew up a sketch,” said Lynch. “People were working on it day and night for the four days leading up to the festival, but it got done just in time.”

Although a sound ordinance shut down the music early last year, strategically placed noise machines allowed musicians and artists to return to those stages and play later than ever.

With finals and the end of the semester on the horizon, festival goers took full advantage of the day of relaxation and entertainment. When night fell, bonfires erupted across the grounds, drawing fire dancers and a drum circle that pounded away through the night.

Forest Fest 2013 is well underway with New Dawn jammig on the main stage. Check out their sound! soundcloud.com/kellyfay/fores…

You could feel the intensity in tent city at this years forest fest. @tlrlive @thelittlerebellion twitter.com/KellyFay23/sta…

Bennys 420 club was back with bus and tye dye in tow at Forest Fest 2013. @tlrlive @littlerebellion twitter.com/KellyFay23/sta…

Sett in Stone gets personal with their pieces! @littlerebellion soundcloud.com/kellyfay/fores…

Thu May 16 , 2013
At SUNY New Paltz, the honors program is the place for great minds to develop and explore new intellectual territory. Students in the program can either enter from high school or apply while enrolled in college. They must complete four seminars and in their senior year create, write and present […] 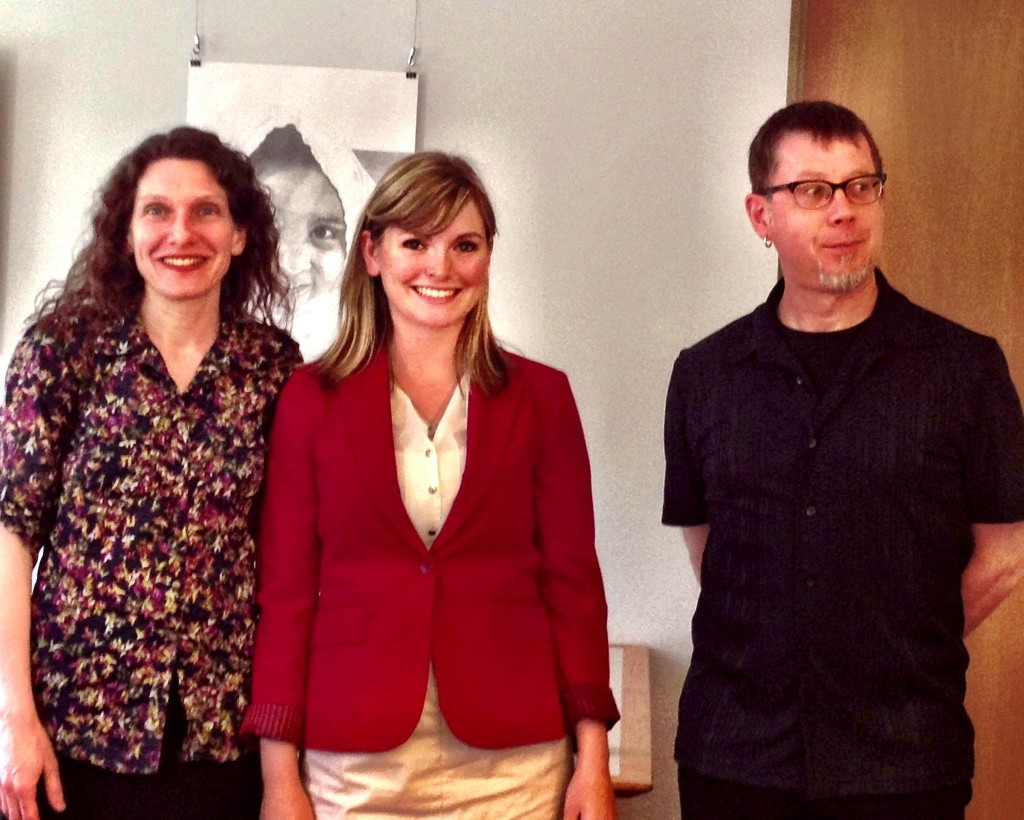