The sheep, cows, horses, goats, ducks, turkeys and pigs soaked up the warmth of the sunshine, seemingly unaware of where they had come from. The rabbits were keeping cool in their wooden houses. In the past six months, most of these animals were forced to leave their homes because of a dwindling economy.

In July, the unemployment rate in Ulster County reached 8.1 percent, according to the U.S. Bureau of Labor Statistics. It is becoming increasingly difficult for people to feed or house their animals. They are turning to local animal sanctuaries for help.

The sanctuaries were originally created as havens for abused, abandoned, and neglected farm animals. Both have since received a number of calls from distressed owners.

“People are being forced to make hard choices,” said Stevens. “The difference is profound. The animals that are coming here now are exclusively from people who can’t afford to keep them.”

Jane Nosila, 34, never thought she would find herself giving up her pet goat, Thunder. In addition to working at her home in Saugerties, she commuted to her job at Bear Stearns Investment Professionals. She was laid off last spring after the sudden collapse of the investment firm. Nosila is hopeful that a friend or relative will take the goat from her, but has contemplated giving Thunder to the Catskill Animal Sanctuary.

“I definitely was not ready for the hit,” she said. “He’s been a long-time, unusual friend, but I just can’t keep him. I’m anxious to find him a loving home.”

The overcrowding of the animal sanctuaries is becoming a great concern for Stevens. She’s worried the next time the police call about a cruelty case, there won’t be enough room for the abused animal. She doesn’t keep records of the number of animals she has been forced to turn away, but estimated it at about 40 from September 2008 to April 2009.

Stevens recently received a call from a woman losing her home. She had 60 horses and 12 bales of hay left.

“That would feed about 12 horses for one day,” said Stevens.

Stevens found the animals in a meadow stripping the bark off trees. The sanctuary could only take in 15. Most of the 32 total horses currently on the farm arrived because of the downturn in the economy. The amount of money to care for a horse can be quite high. From feeding and grooming to addressing medical needs, the price can be hundreds or thousands of dollars per week.

It is not just the larger animals that people are being forced to give up. Stevens said she has people coming to her with their bunnies.

“This man was completely on edge over them,” she said. “He didn’t want to give them up, but couldn’t afford to keep them.”

The Catskill Animal Sanctuary is staffed with four to five volunteers each day. Volunteers number more than 100. Stevens relies on the generosity of donors to keep the sanctuary running and prefers to have at least a year and a half’s budget in the bank in case of an emergency.

To help take on more animals they are building a new road, horse and sheep barn, pasture, and a third rabbit house. The additional five-acre pasture might allow for six more horses and create an expansion of 13 to 30 rabbits in a month. The future decisions will be based on how desperate each individual situation is. Stevens already has an eight-page waiting list.

Jenny Brown and her husband Doug Abel opened the Woodstock Farm Animal Sanctuary in 2004. The non-profit organization was specifically created to rescue animals raised for food production. Brown is the director of the 23-acre property.

“We have received a lot of calls during the past eight months that we had to say no to,” said Brown.

The sanctuary is currently home to more than 20 sheep, six cows, 20 goats, five turkeys, seven pigs, four bunnies, and many hens, chicks, and roosters. Brown is searching for new homes for the animals so she can take more in herself. She’s had to turn six pet cows and five goats away in the past.

“There’s been a shift from us seeking out mistreated animals, to pet owners seeking out the sanctuary for help.”

One sheep owner wanted to get rid of an entire flock. Two families had to give up their pet goats. Brown managed to find a place for some of these animals at the Hoyt Farm Nature Preserve in Commack, NY.

“Their space is limited, too,” said Brown.

The Woodstock Farm Animal Sanctuary also relies on donations to survive. Sanctuaries nationwide are being forced to close because they can’t keep up with the daily costs of the operation. Brown estimated her costs to be about $250,000 a year.

Brown’s sanctuary does not have enough staff to meet the needs of the animals. She said that they are in desperate need of a web and public relations person.

Despite the economic decline, Brown wishes she could take on more.

“We help as many people as we can,” she said. “I am relentless when it comes to fundraising.”

To donate, volunteer, or learn more about the sanctuaries visit www.casanctuary.org and www.woodstockfas.org.

No Day Is Holier Than Any Other

Fri Sep 25 , 2009
Idris Tawfiq was once a Roman Catholic priest and teacher in Britain. Today, he is a devout Muslim living in Egypt. Since his conversion, he has spent his time traveling around the world to tell his story and promote interfaith dialogue and religious understanding. On March 3, during Tawfiq’s first […] 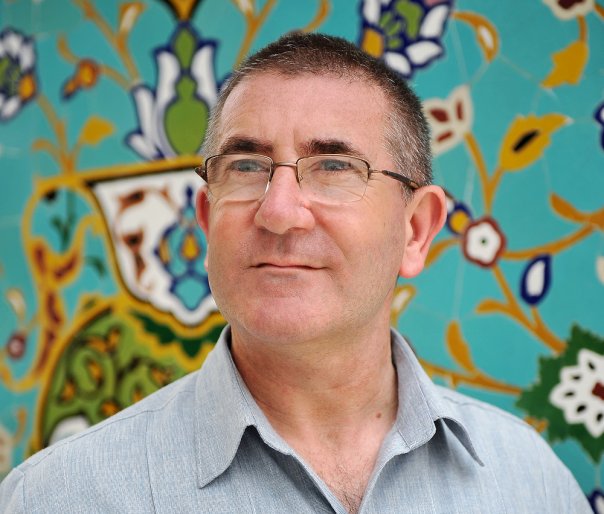