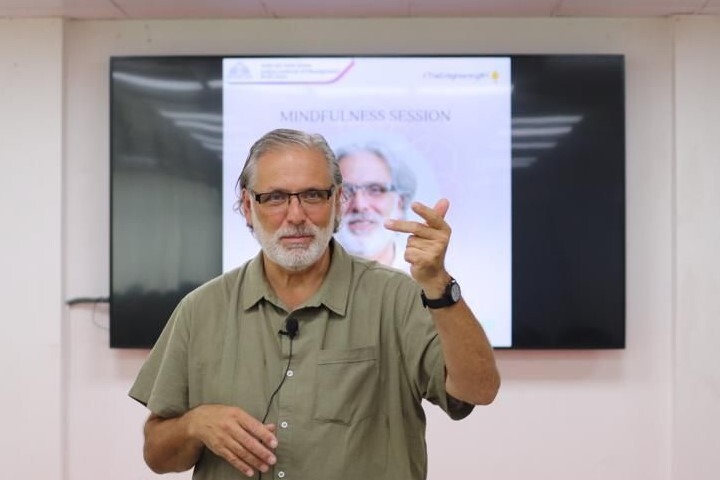 In 2018, suicide was the second leading cause of death among 10-24 year olds, according to the United Health Foundation. During the pandemic, rates of depression and anxiety only increased among teenagers due to isolation, according to the World Health Organization. This affects not only the teenagers who take their own life, but the people left behind.

Matthew Swerdloff is the father of 15-year-old Maya Gold, who was an empathetic and passionate girl before taking her own life in 2015. For Swerdloff, his immediate reaction was denial. “I did not believe it was true,” he said. “She was already buried and I still did not believe this was really happening.”

Swerdloff and his wife, Elise Gold, promised they would not blame each other for Maya’s suicide; they are still married today. Maya’s older brother, Adin, was at college when she died. They would spend every weekend facing the 10-hour commute to and from his campus. During that time, alone with their thoughts and grief, they created the Maya Gold Foundation.

“When people ask about her, I tend to always start with her death … and I don’t really like that,” Swerdloff said. “I have to force myself to think about the 15 years up to that.”

Both had experience with nonprofits in the past and wanted to provide support for the community in the aftermath of this tragedy. They began with humble beginnings; a small circle of close friends, and a concert fundraiser in town.

“It really has to do with Maya,” Swerdloff said. “She was wise, but in that moment she was not able to access her own inner wisdom. We think that was partly because she was under the influence of drugs and partly because of her mental state. The mission to empower youth to access their inner wisdom is really to help youth stay connected with themselves.”

The next step was forming a connection with youth. “We’re a bunch of 40, 50, 60-year-olds,” Swerdloff said. “We’re all ‘professionals.’ That may be good or terrible when you’re planning programs for 15-year-olds. We realized pretty quickly that we needed to have teens on the board and we created the Youth Advisory Board.”

The Youth Advisory Board started as a council of local teenagers to advise adult leadership. Now, it is called the Youth Action Team, and it holds community events. A controversial series about suicide called “13 Reasons Why” aired on Netflix. The board chose to make a spoken word event called 13 Reasons Why Not. People shared their own painful moments and how they overcame them.

Julia Demski is a 16-year-old member of the Youth Action Team who primarily works on fundraising, marketing and outreach. She likes the opportunity provided to her by the foundation to make her voice heard.

“My experience talking about politics, especially with my family, has been really difficult to navigate, and I’ve had a lot of … people not valuing what I have to say or what I believe in just because I’m young, or I don’t have as many life experiences,” Demski said. “The foundation isn’t a political organization, but it’s definitely given me that understanding that there are opportunities for young people to be heard and to be valued.”

But Swerdloff and Gold still felt something was missing; Maya was passionate about sex trafficking in Nepal, and wanted to take a gap year in order to help the issue. So they began an annual Nepal trip, where about a dozen teenagers work with local NGOs and learn about the culture. Swerdloff loves the cultural exchange and impact it has on the teens who participate.

Swerdloff described his childhood as being socially isolated, because he was bullied at school. However, he feels that today’s teenagers have it worse due to the way that social media exasperates these issues. He also said that while he didn’t grow up in a safe neighborhood, it still seemed safer than the world now, because they didn’t have the constant access to information. He admits that “ignorance is bliss.”

Demski hopes that the foundation can give positive messages to those who are struggling and for teens to be taken seriously when they come forward about mental health issues. In her view, today’s media romanticizes suicide, and adults do not take suicidal teens seriously. The foundation teaches teen mental health aid and holds community programs centered around issues such as social media and sexual violence.

“We’re not a suicide prevention organization,” Swerdloff said. “However, we kind of like addressing suicide as the symptom of a problem. Our approach is really to go back and try to deal with helping teens to be healthier. Give them tools to manage their stress, have healthy relationships, healthy friendships. In that sense, we are suicide prevention, but not directly.”

Swerdloff hopes to expand the Maya Gold Foundation so that it can reach more youth. He is also an adjunct professor at SUNY New Paltz. He says the tragedy of his daughter’s death radically transformed the way he teaches. “Maya was very empathetic, and that’s not something that I was. It took a while, but it really does feel like there’s this part of her that is definitely with me now, and it’s made me a better teacher.”

Mia Altamuro is a sophomore at SUNY New Paltz. She double majors in journalism and communications.

Mon Oct 31 , 2022
This story was originally published by The Legislative Gazette. The most recent Siena College poll finds strong support among likely state voters for a proposal to borrow $4.2 billion for environmental protection and clean energy projects. Siena College pollsters asked, “On the ballot this year is a proposal to authorize […] 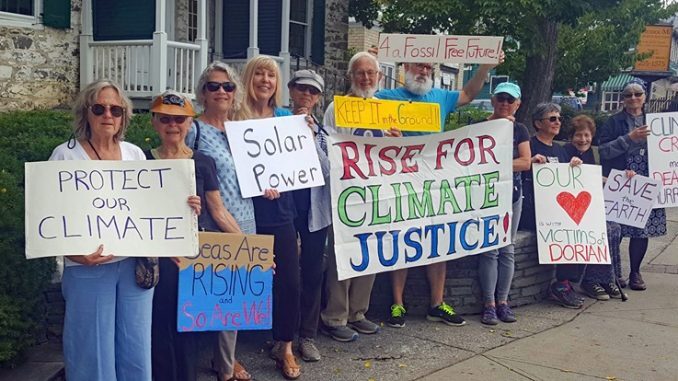