On a cold January weekend, Tyler Adams, 16, went with a friend to shop for a new outfit to wear to a school dance. At Hoosic Valley High School in Schaghticoke, N.Y., the winter semi-formal was a well-attended event that students looked forward to for weeks.

With cash from babysitting and a seasonal job at a nearby farm, Adams picked up a black button-up shirt, a striped tie and a pair of khakis. When he got home, he stashed the clothes in the back of his bedroom closet.

The day of the dance, Adams reluctantly put on the strapless black dress and matching heels his mother had purchased for the occasion months earlier. He hid the new clothes in his backpack and got dropped off at another friend’s house. There, he took off the dress and put on the shirt, tie and khakis before leaving for the dance. This year’s theme was Hollywood.

Walking up the red-carpeted hallway to the school cafeteria, Adams felt excited and confident in his appearance. But he also felt guilty for deceiving his parents and nervous about how his classmates would react.

He had been openly identifying as transgender at school for more than two months, but this was the first time other students and teachers would see him dressed entirely in men’s clothes. He told his friends not to take any pictures of him and especially not to put them online. He didn’t know what his parents would do if they found out.
****
Adams grew up on a 13-acre farm in Johnsonville, N.Y. with his parents and older sister. It wasn’t the Bible belt, but it was rural and remote. Adam’s childhood was sheltered and idyllic. He recalls spending his happiest moments as a child outdoors, hiking, fishing and hunting with his dad.

In high school, Adams tried to keep busy, joining everything from jazz band to foreign language club. Hoosic Valley wasn’t a particularly diverse or progressive place, Adams said. It’s a school where one summer, four teenage students were arrested and faced criminal charges for spray-painting the track with swastikas and racial slurs. “It’s just a very small school and there are just backcountry attitudes,” Adams said. “So there’s a lot of bigotry there.”

In ninth grade, Adams coped with depression and an eating disorder. He felt invisible and alone.

One day in biology class, he drew a character that he now has tattooed on his right ankle. It’s a boy with baggy pants and his hands in his pockets. There’s a diamond shape in place of a head.

“It has no name and no face—because I felt like nobody,” Adams said. “That sounds really emo, but it’s true. Now I realize, looking back, that I was drawing me — my male self.”

Adams was still struggling to figure out his gender identity, first thinking he might be bisexual, then identifying as lesbian. In tenth grade, Adams started getting harassed by an older student. The student started shouting homophobic slurs across the cafeteria, calling Adams “lezzy” and “dyke.” This went on for over a year. Adams met several times with the principal and the student’s parents. Nothing seemed to work.

When the student started following him down the hallway, Adams was scared the verbal abuse would turn physical. “I was afraid of what he was going to do,” Adams said. Ultimately faced with the choice between suspension or a sexual harassment lawsuit, the student chose suspension. Finally, the bullying stopped.

In eleventh grade, Adams had never met a transgender person before. He had never even heard the word. All he knew was that inside, he felt like someone he wasn’t on the outside –– a boy.

It was October when Adams first started asking his friends and teachers at school to call him Tyler instead of his birth name, Taylor, and by male pronouns. One teacher ignored this request each time he took attendance, so Adams stayed after class one day to ask again to be called by his new name. The teacher laughed. He wanted to know why. “I said, ‘I shouldn’t have to explain it to you,’” Adams said. “It seems like something teachers should already be educated about, but he wasn’t.”

At that time, Adams was out at school, but still hadn’t shared how he felt to the people he cared about most–– his family.

****
He knew it was an argument he couldn’t win. His mom had wanted him to dress in more feminine ways his whole life.

Adams had worn women’s dress pants and a blazer to the winter semi-formal his sophomore year –– an outfit his mother hated. That’s why she had been so

adamant that in his junior year Adams wear the dress she had picked out months before. Plus, he didn’t want to hurt her feelings. He felt like she just wouldn’t understand.

“I knew it was something I had to do,” Adams said. At the dance, his friends were supportive. Adam’s outfit solicited second glances from some students, but this night, he didn’t care. He was finally expressing himself. It was a great feeling.

By the end of the night, that feeling was gone. Adams’ father would be picking him up in a few minutes. Just before the clock struck 10 p.m., Adams disappeared into the girl’s bathroom. He unknotted the tie, unbuttoned the shirt, and unwrapped the Ace bandages he was using to bind his chest. He put back on the terrible dress. Even the strappy shoes. Then Adams would have to walk back out in front of his classmates and teachers. He wondered what they would think­, if

they would be confused. He looked in the mirror. “I felt so sick just looking at myself,” Adams recalled. That was the moment he knew for sure he was making the right decision.

Adams came out as transgender to his parents separately, a few days apart, in March 2011. He was 16.

After reading the information Adams gave him, he started to understand. “But it was like a total crushing blow at first,” Adams said. “Me and my dad are like best friends, and his opinion matters a lot to me—so, I didn’t want to disappoint him.”father he wanted to change his name and start hormone therapy, his dad objected to all of it. “He said, ‘I don’t want you to change. I don’t want my Taylor to go away,’” Adams remembered. He told his father that transitioning would help him to be happier and become more of who he really was.He was surprised at how emotionally supportive his parents were. They expressed unconditional love for Adams, whether he was their daughter or their son. But when Adams first told his

In twelfth grade, his senior year, Adams began hormone therapy in the form of testosterone injections. He will have to continue the shots for the rest of his life.

At that time, Adams started an online blog to document the stages of his transformation. The first thing he noticed was his voice growing deeper. Then his shoulders and jawline started to square out. His fat and muscle started to redistribute. Eventually, he started growing facial hair on his upper lip and thicker sideburns.

At just 18, Adams had a bilateral mastectomy. He plans to have a hysterectomy in the near future, but does not plan to pursue other aspects of gender reassignment surgery, such as metoidioplasty or phalloplasty, out of concern for the relative newness of the procedures as well as the potential risks. “I’m pretty close to content right now,” Adams said.

Adams legally changed his name in August—a four-month-long process that included trips to the DMV, social security office and the bank. It also meant many communications with the Admissions office, residential advisors and professors at SUNY New Paltz, where Adams is a first-year visual arts major.

A dedicated student, Adams spends a lot of time doing schoolwork. On days off, he goes rock-climbing at the indoor gym, paints and plays guitar. He lives in a single dorm on a co-ed floor of a residence hall on campus.

Adams has identified solely as a heterosexual male since coming to college. At first, wanting a fresh start, he didn’t discuss being transgender with many people. But after talking about it with a few friends , Adams realized that it’s so much a part of who he is, it’s something he doesn’t want to hide.

“I just really feel that the more people stand up on campus and voice their different stories and different backgrounds, that always helps,” Adams said. “Even with me just coming out as trans, I’ve taught a lot of people a lot of things. And one person can do a lot. I’ve come to realize that after I came out.” 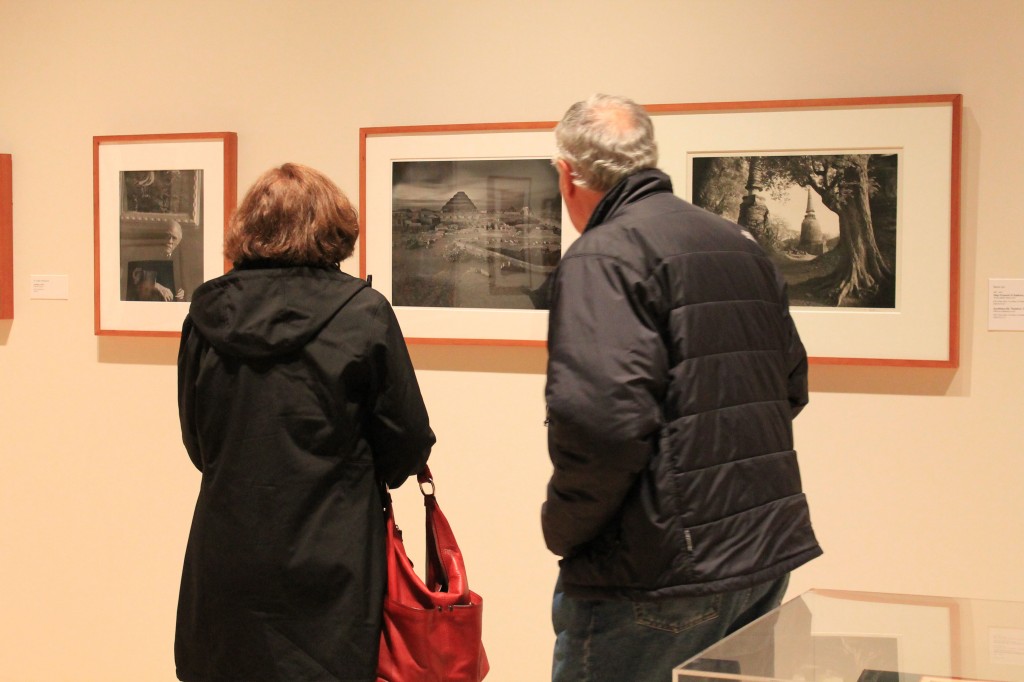