With graduation approaching on May 19, graduating seniors are reflecting on their past four years at New Paltz and are starting to plan for their futures.

Liana Messina, a public relations major, is currently finishing up her internship at Rogers & Cowan in Manhattan while job searching for the summer.

“My short-term goal is to either find a paid internship for the summer to get more experience and make me more valuable to future employers, or find a summer job waitressing to make money while I search for a PR job,” she said.

She is aiming to find a position at another PR firm or to work in the marketing department of a reputable company. She ultimately dreams of moving out of her New Jersey home in the next year to be closer to New York City where she hopes to work.

But until then, she says that she wants to finish experiencing the most she can while she is in New Paltz for her final few weeks. She hopes to “explore the great town we live in, the beautiful scenery, and spend time with the amazing friends [I] made.”

Communication Disorder student Hayley Landau is planning on spending her last weeks in New Paltz the same way Messina is. She realizes that after graduation she will not be able to see most of her friends, so she plans on spending as much time with them now as possible.

On the contrary, Kelly Cutrone, an elementary education major, is already living at home while student teaching and beginning to plan her future. She intends to continue her education after leaving New Paltz, but has no definitive plans after that.

“Since the job market is very difficult for teachers right now I am just trying to get myself out there and do anything to network and just get my face in to the schools,” she said. “I’ll probably sub in the districts around me on Long Island.”

She added that she plans on attending a local graduate school and will be living at home to save up money while doing so.

“Thankfully I have no undergraduate loans to worry about thanks to my amazing parents, but I am starting to think about having to pay for graduate school already and all the loans I will have after that,” Cutrone said.

Sara Bernstein is also majoring in education, but is specializing in art. Counter to Cutrone, she worries about paying back her student loans.

“I have to start paying them and take out more for graduate school, but I don’t even know if I’ll have a job,” she said. “No jobs are guaranteed due to the hiring freeze and lack of art programs.”

Likewise, Landau is also worrying about her loans.

“I want to go to graduate school and finish within two, two and a half years,” she said. “I’m working as a deaf youth supervisor at a camp for deaf children over the summer, but I hope to get a part time job during graduate school to afford to move out.”

Cutrone also expressed that she was becoming anxious about having to “actually make something” of herself within the five years that teachers have to obtain their masters degrees and be in schools for a certain number of hours.

“Although I know it is not hard, I can’t be lazy like some other people I know who have graduated in the past were,” she said. “This is way different than graduating high school and I think it is just starting to hit me. I have to start applying for jobs, not just a summer job but a career, and the fear of not getting a job for a long time is terrifying. Not having anything lined up is such a weird feeling. I want to just be a teacher and have my own classroom, but I know I still have awhile to go.”

Landau agreed with Cutrone, saying that she was intimidated by the future.

“Some of my classes here have prepared me, and some haven’t,” Landau said. “I do not think I’m completely prepared for the real world, so I’m glad I have a few extra years to better prepare myself.”

However; Bernstein disagreed, saying that she feels SUNY New Paltz prepared her for a career in teaching.

“My classes and my program prepared me to be a teacher for the most part,” she explained. “Student teaching has been very helpful.”

Are you a graduating senior? How do you feel about the future? Share your feelings on leaving SUNY New Paltz with The Little Rebellion via our Twitter (@littlerebellion) or on Facebook (https://www.facebook.com/thelittle.rebellion.7?fref=ts)!

New Paltz Poets Slam to Their Own Beat

Thu May 9 , 2013
On Feb. 2, more than 200 people were crowded in the SUNY New Paltz Multi-Purpose Room. Fifty to 60 of them were poets, who sat in chairs and waited impatiently for an answer they began preparing for months before. Students from Harvard occupied one row of the audience, while N.Y.U. […] 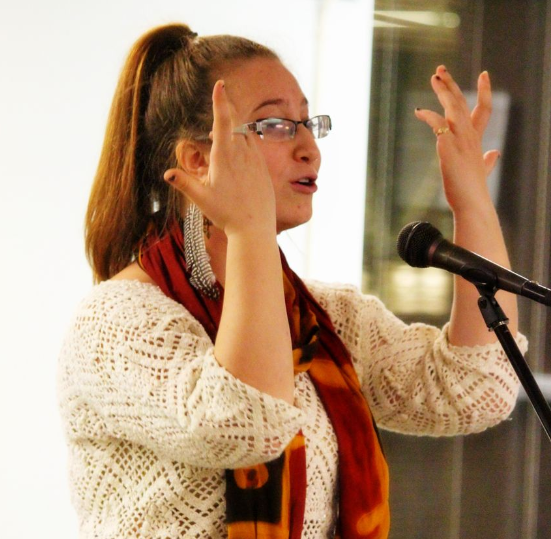